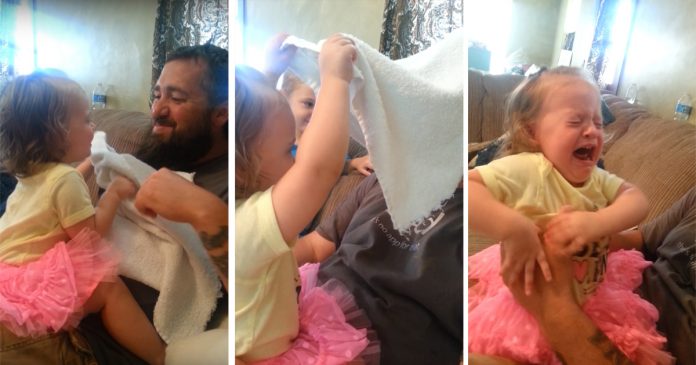 One little girl got surprised when playing peekaboo with her father for a hilarious reason.

In the video posted on YouTube, the little girl is shown playing the game with her father.

Her father covered his bearded face behind a washcloth and surprised her daughter with “Peekaboo!” several times.

The girl seemed to love playing the game. Later, the father told the girl to wait for a moment and that he would be right back.

The father later returned with his face covered by the same washcloth.

When the girl peeked under the cloth, she did not like what she just saw and started to cry 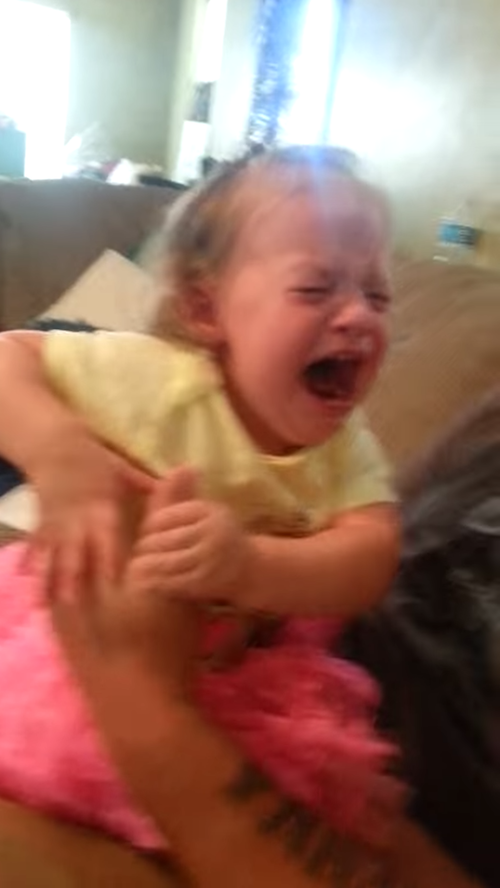 Apparently, the father shaved his beard and the little girl was shocked to find his father did not look what he used to anymore.

Hilarious moment a bee annoys Prince Harry during his speech while...

5-year-old boy explains why veganism is the way to go and...