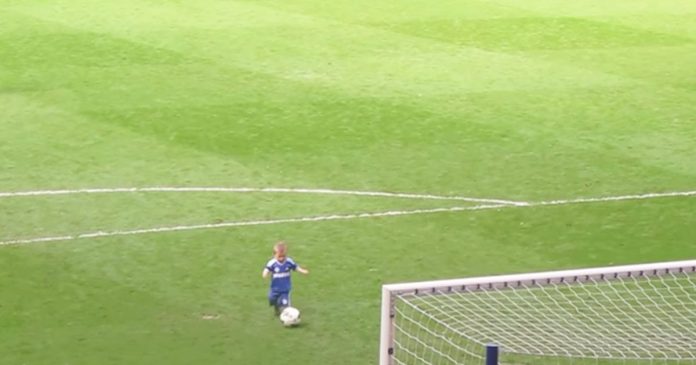 It is never too early to start something and this little boy proves that when he scores a goal for Chelsea at such a young age!

It was definitely a great moment for Chelsea fans after a 2-1 victory against Everton when the tiny boy celebrates their triumph by scoring a goal in front of the cheering fans.

The short clip which sees Paul Ferreira who was busy giving his farewell speech in the centre while surrounded by players and their children.

Everyone was paying attention to him except for one 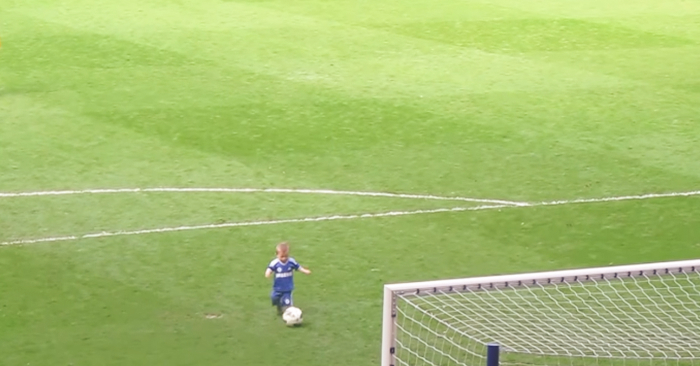 Ross Turnbull’s son, Josh was distracted with the ball and dribbled it all the way to the goal with anticipation from the supporters 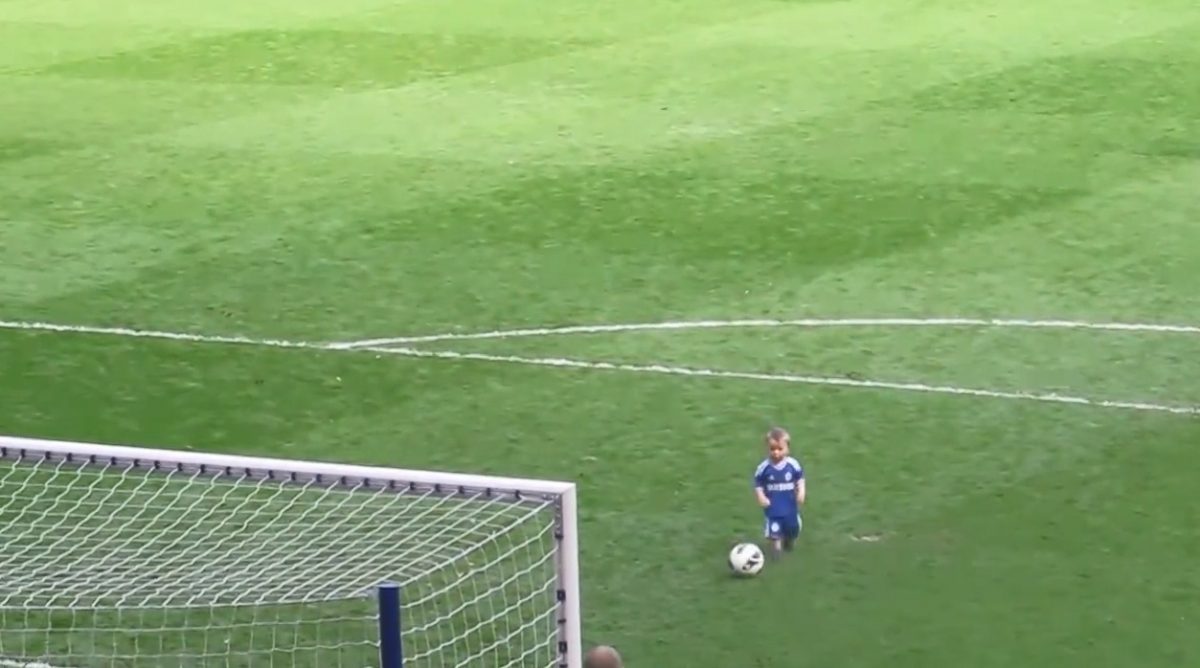 At first, he seemed to be a little taken aback by the roaring cheer from the supporters but then the tiny boy who was wearing a blue jersey put his hands in the air, to celebrate his victory 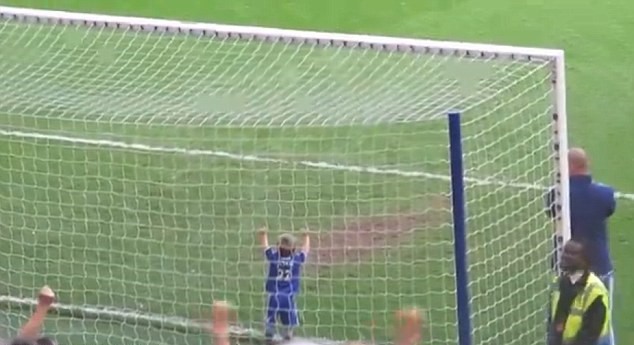 Watch the moment Josh scores a goal for Chelsea here