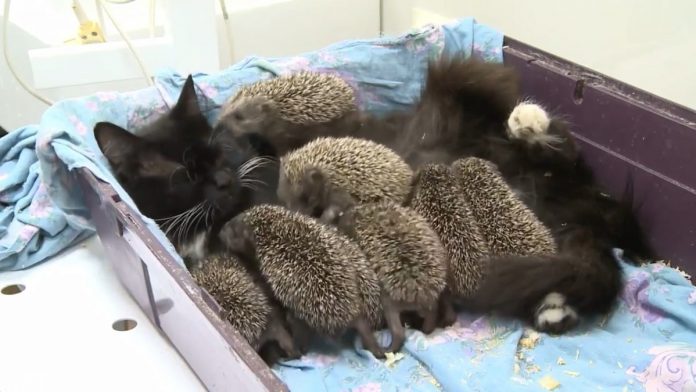 These baby hedgehogs became orphans after a tragedy struck their mother at a zoo in the Russian city of Vladivostok.

Their mother died in a tragic lawn-mowing accident and to make things more complicated, the spiky hoglets refused milk from a syringe, a bottle, and a saucer for two days after their mother died.

The babies even wore a heating pad to help with their digestion but soon, the babies’ health took a turn for the worse. 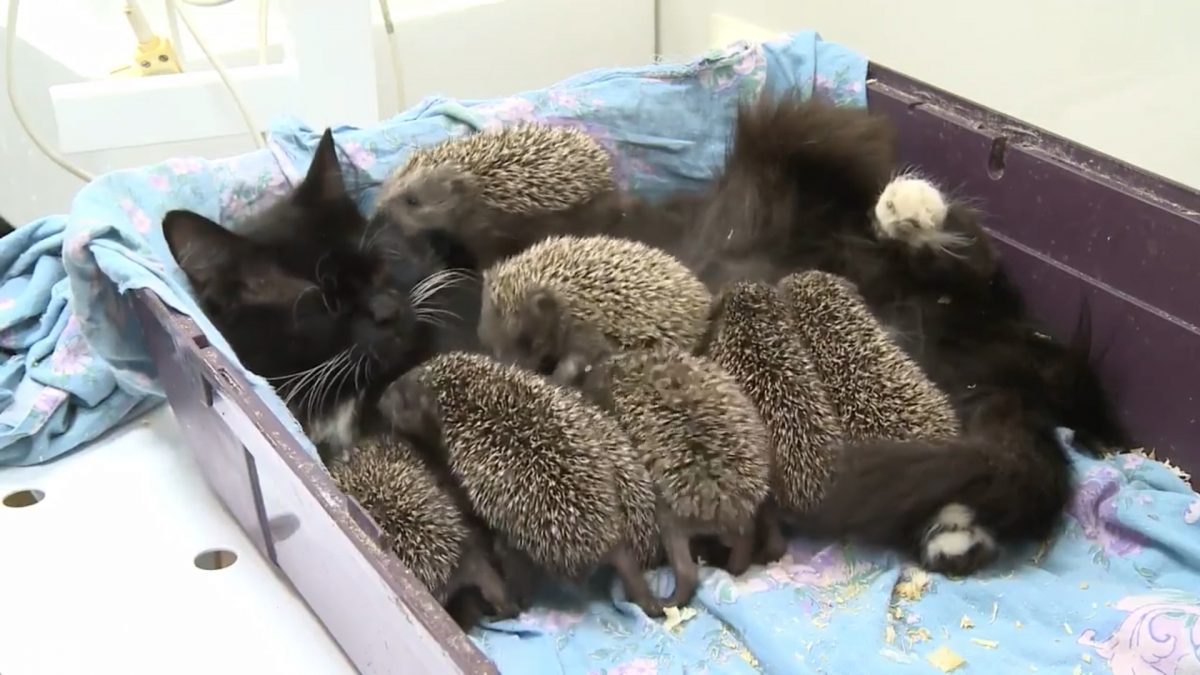 Muska had recently raised a litter of foster kittens so she still had some milk to spare.

The zoo then attempted the unusual nursing and luckily, it worked!

The hoglets reacted to Muska’s milk and bodily warmth. Soon, the cat began to nurse them 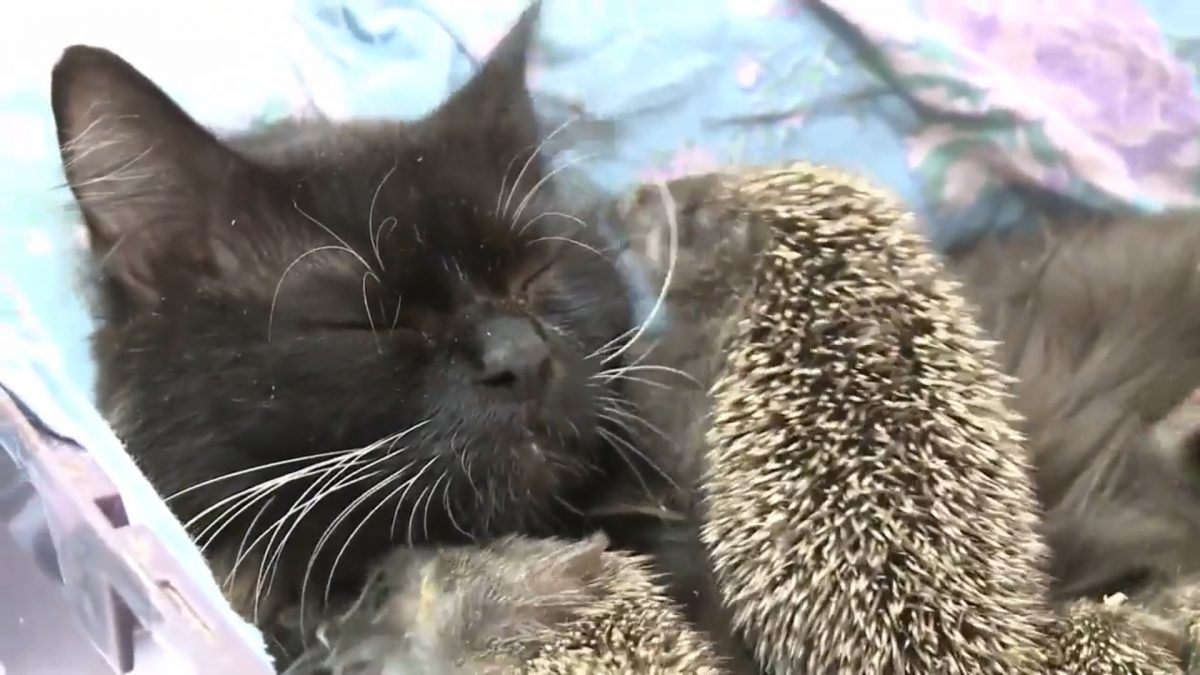 Thanks to Muska, the hoglets grow up healthy and well 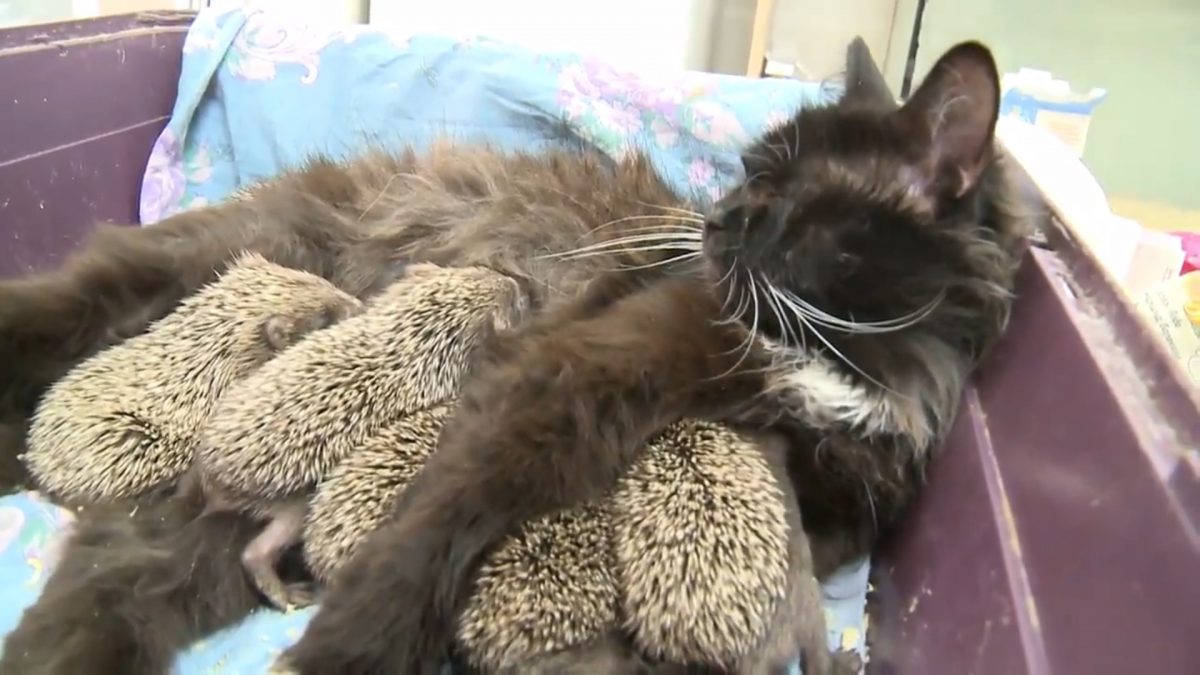 Little boy playing catch with his new dolphin friend is the...

Do not let your children get near to water fountains to...