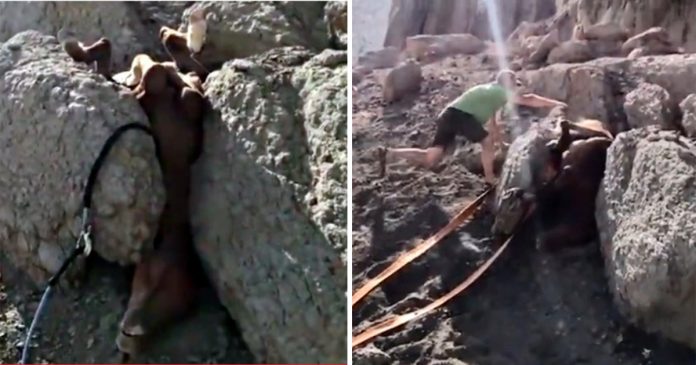 These men were driving through the remote hilly area when they saw a strange movement between the boulders up in the hill.

It was later that they realised the movement came from a distressed horse who was stuck in between huge boulders. 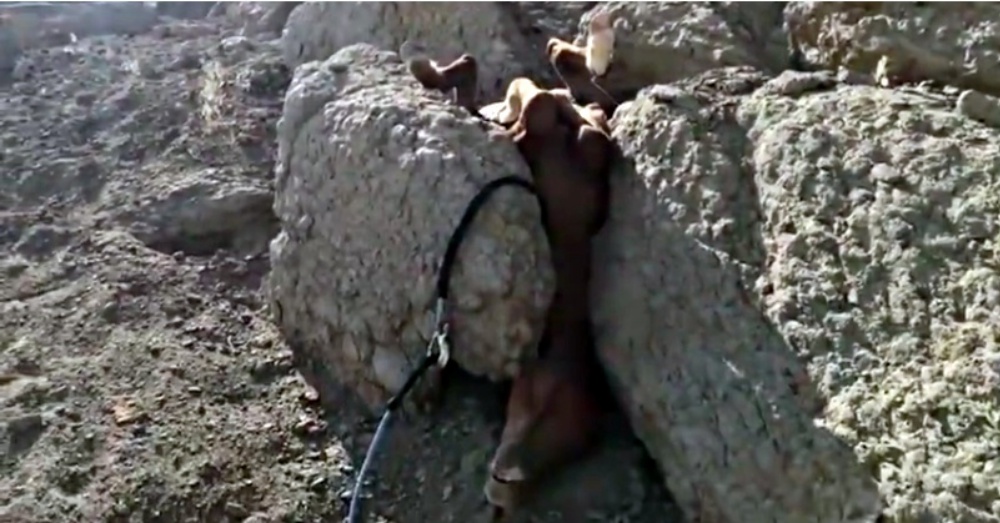 Luckily, these men who were driving by saw his feet moving in between the rocks so they stopped to take a closer look.

They quickly sprung into action to rescue the horse 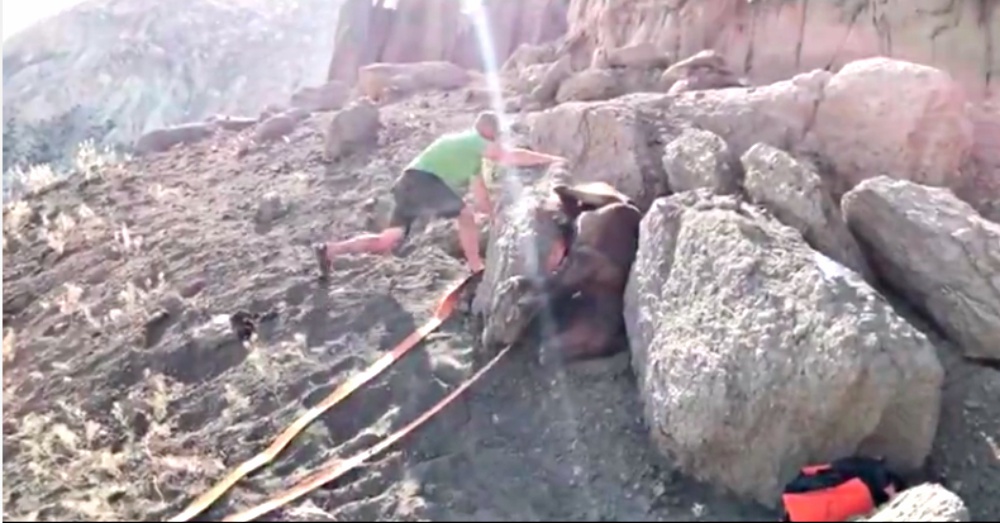 However, the boulders were so large that it almost seems impossible to free the horse. Thankfully, they thought of a smart trick to move the boulders.