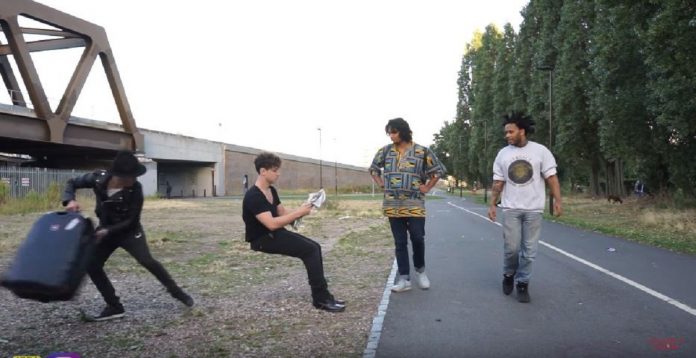 Julius Dein is a 24-year-old street magician and he is known for performing seemingly out-of-this-world tricks on passerby’s. His most recent trick was to blow people’s mind by simply sitting down… on nothing! 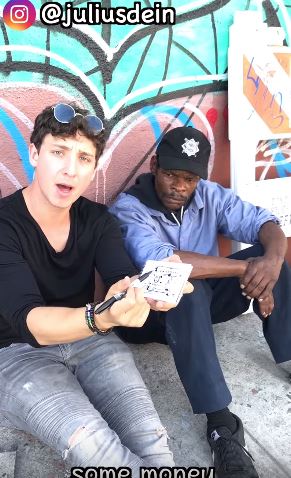 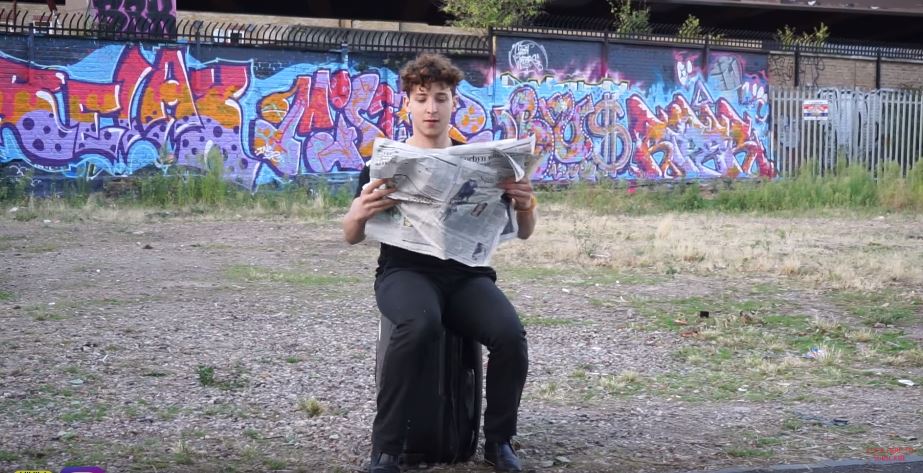 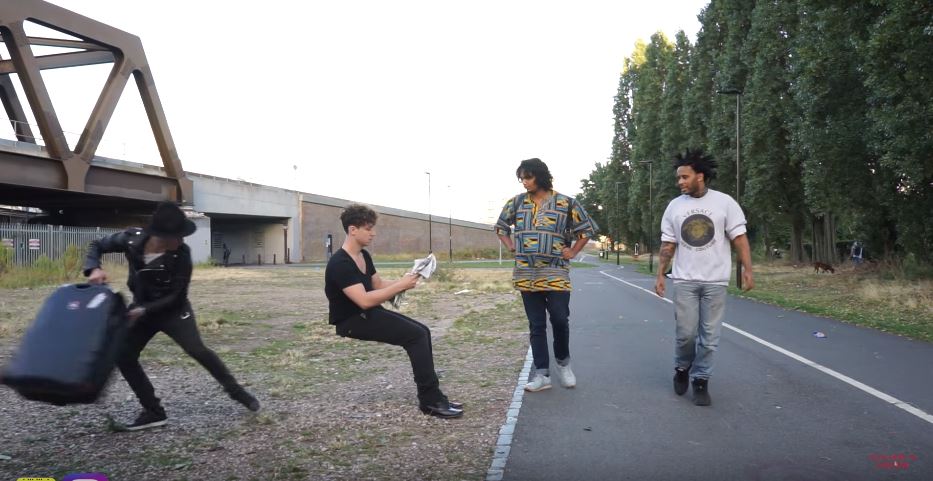 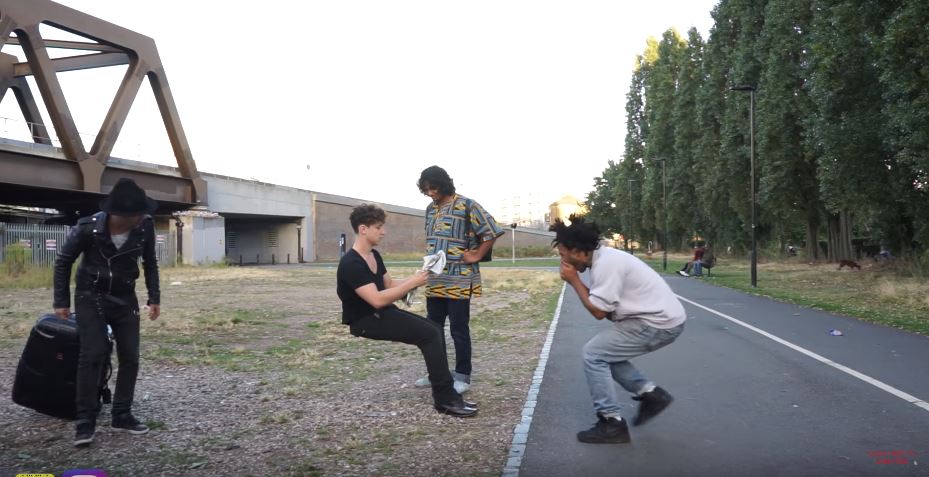 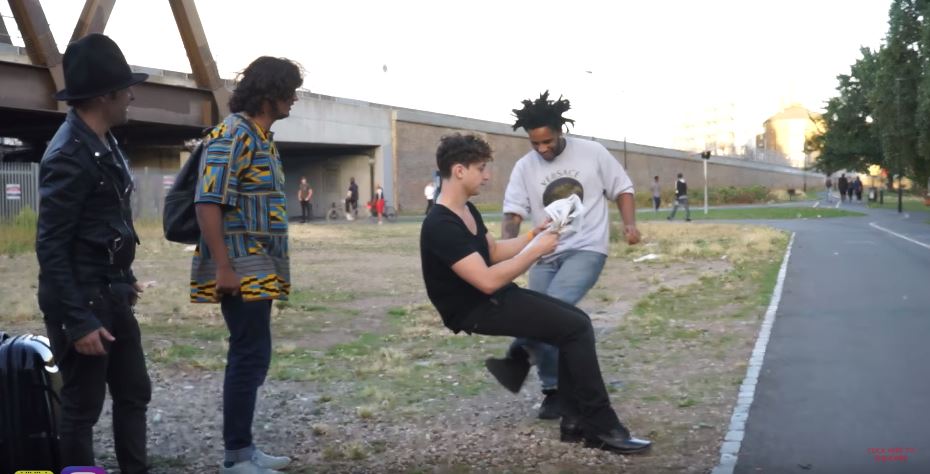 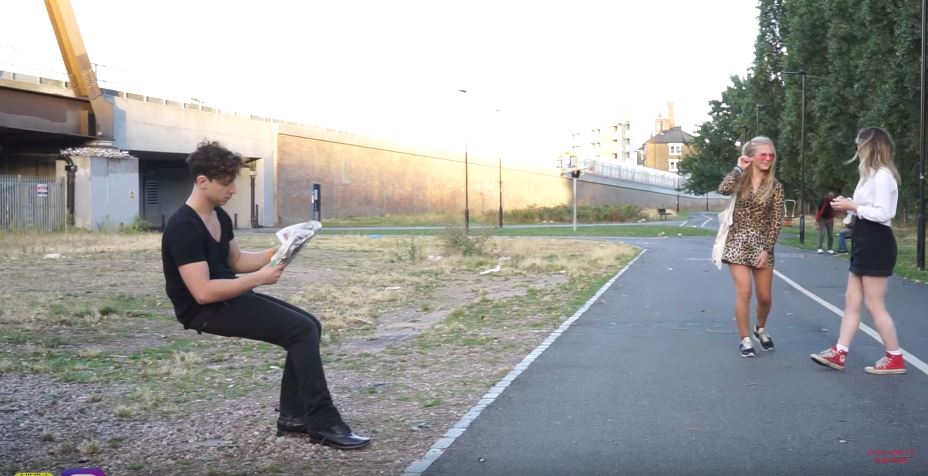 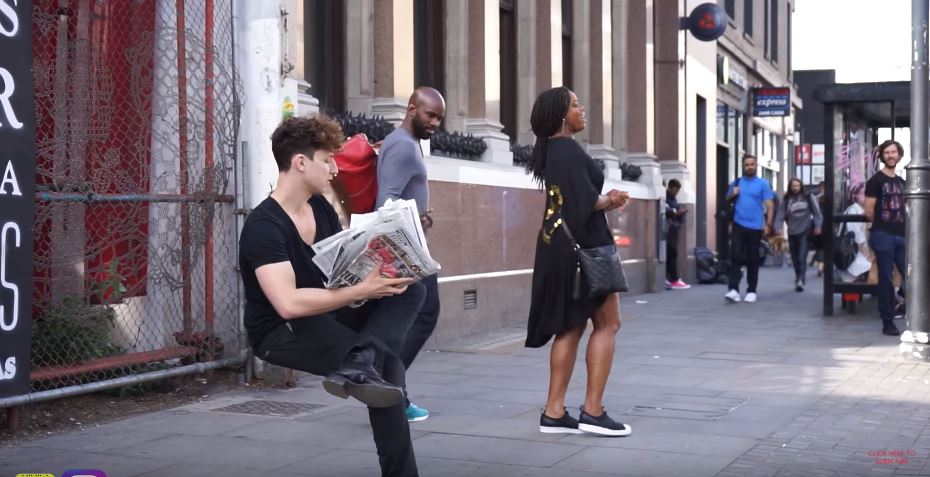 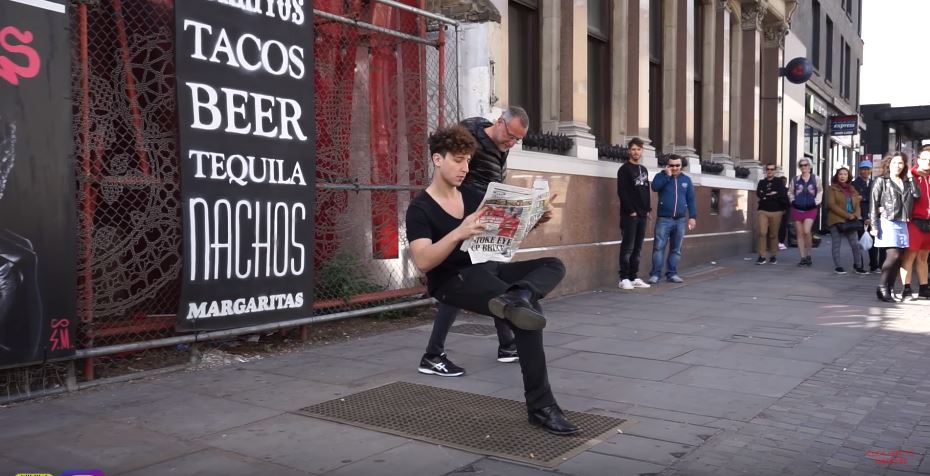 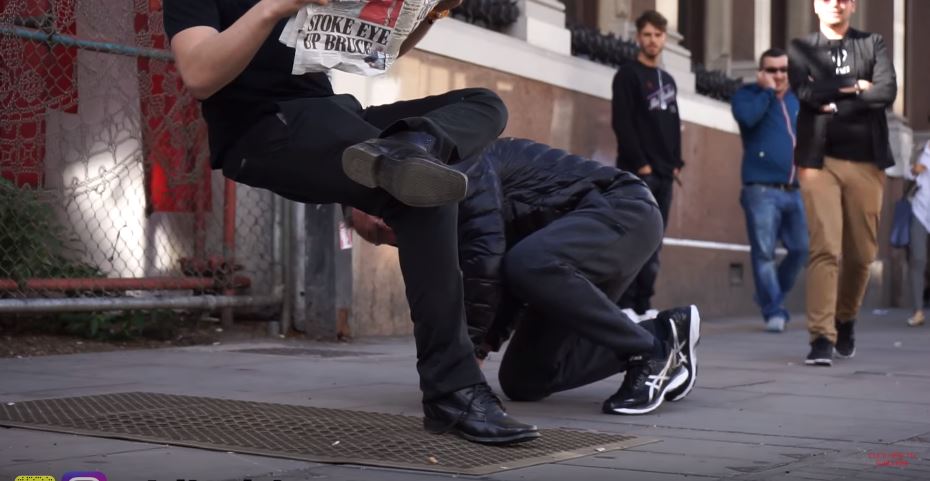 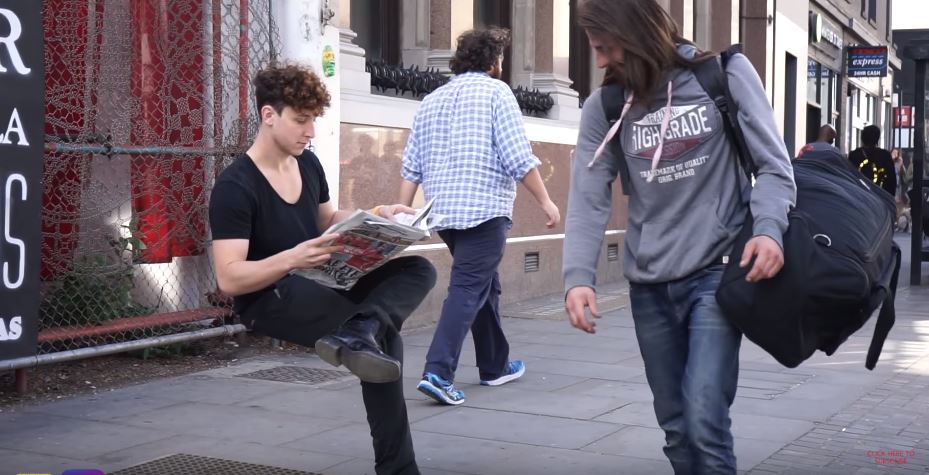 Teenagers whipped out their phones to record the peculiar sight 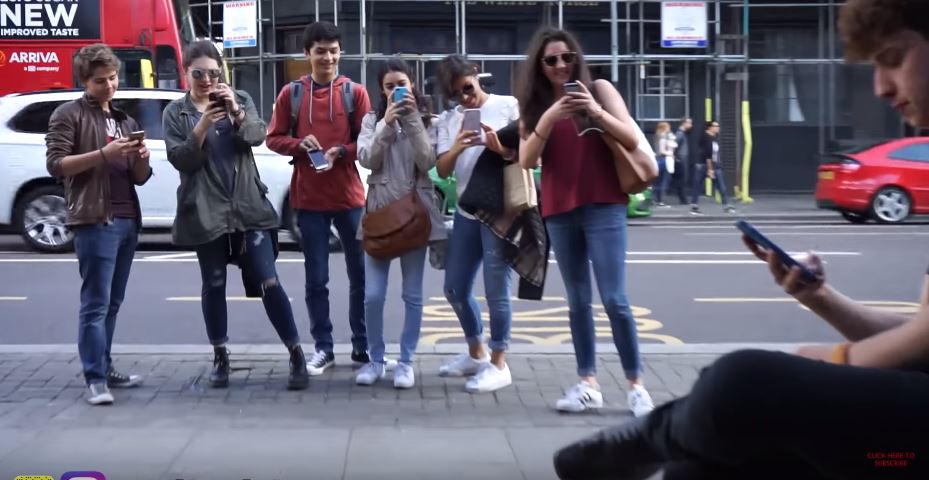 He even ate a meal while seemingly sitting on nothing 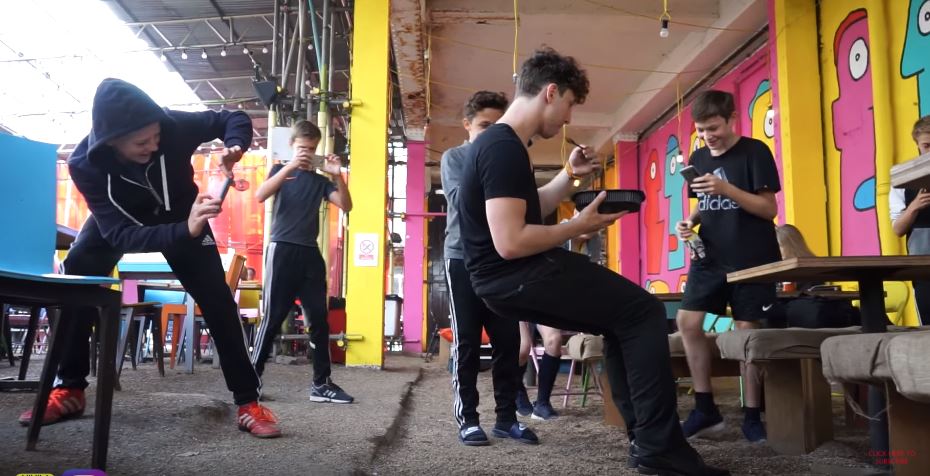 The invisible chair is made up of a series of straps, buckles and a support system that allows a person to ‘sit’ anywhere they want Watch him stun strangers using the invisible chair trick below: