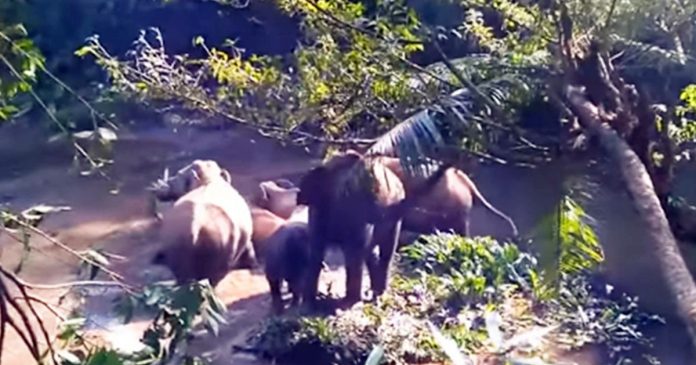 A tiny baby elephant fell into a deep mud hole in Urulanthanni, Kerala, India and despite the efforts of its herd, the baby elephant did not manage to get out of the mudhole.

Until the next day, a group of wildlife rangers heard the distressed call of the trapped baby elephant and they helped to dig out the mudhole until the calf could break free and reunited with its herd.

As soon as the calf was free, a cheer was heard from the calf’s mother who had been waiting for her baby to escape from the mud hole.

The little calf was quickly reunited with the rest of the herd, to the joy of the watching crowd 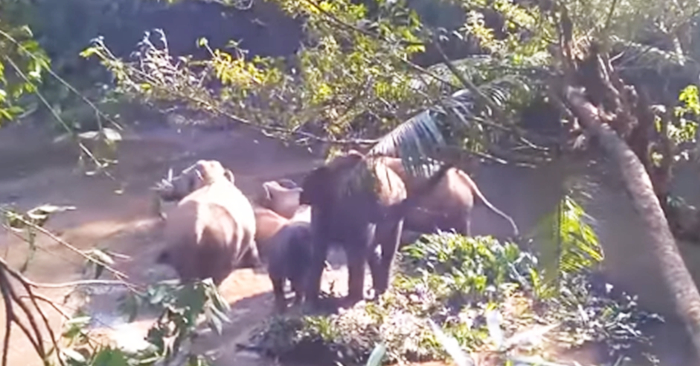 Even though she already got her calf back, the mother did not forget to express her gratitude to the wildlife rangers.

As seen in the video, she repeatedly raised her trunk to say how thankful she was to the wildlife rangers! 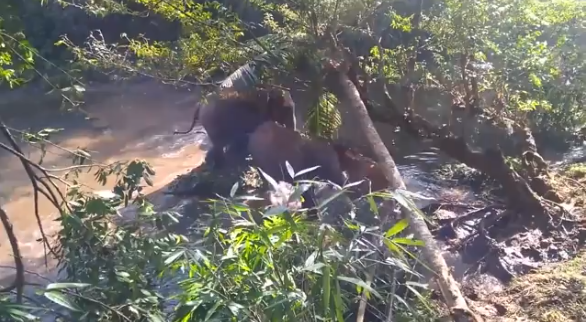