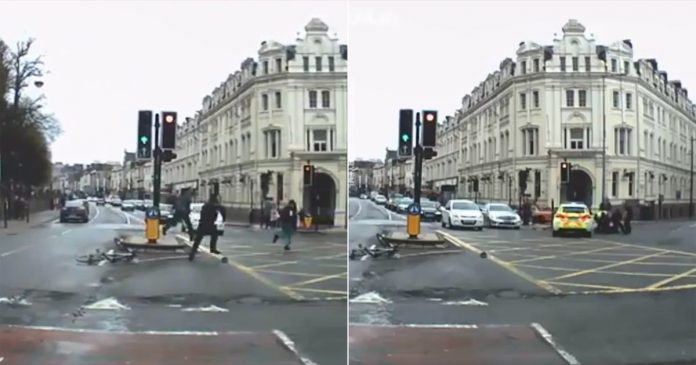 This is the dramatic moment courageous passers-by tackled a man who possessed a dangerous hunting knife as he made an attempt to escape from the police.

The incident took place in Cardiff, Wales, United Kingdom where driver Andy Brown filmed them with his dashboard camera.

The suspect, Muaz Tarafdar, 20, fled on a bike from police officers in Cardiff city centre. After cycling through traffic lights, bystanders realised that he was being chased by the police.

The three brave passers-by then helped to chase him. 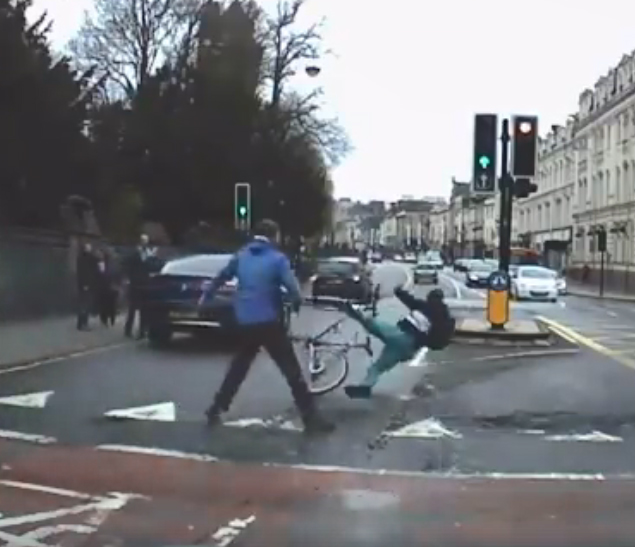 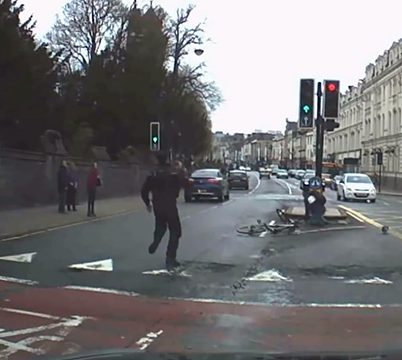 Luckily, another man managed to take him out with his feet 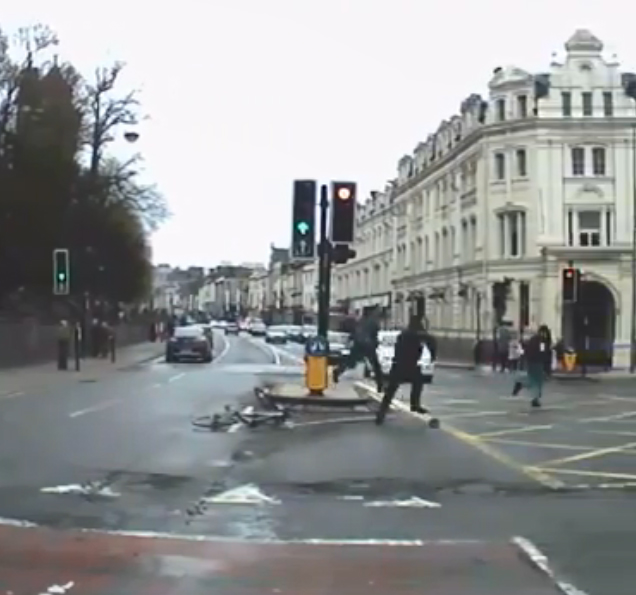 Not long after that, South Wales Police arrested Tarafdar. He was subsequently caught on CCTV after an argument outside a hotel before he was being chased by the police 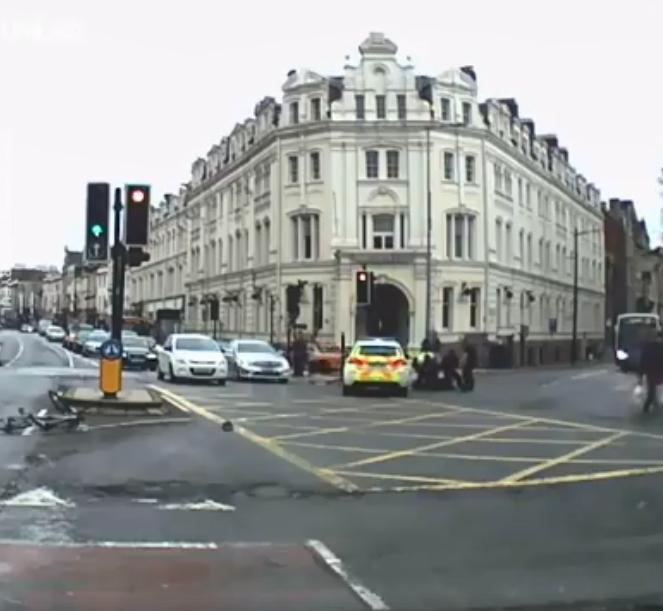 The knife was found inside his backpack.

He has to walk 3 hours to work everyday, until his...