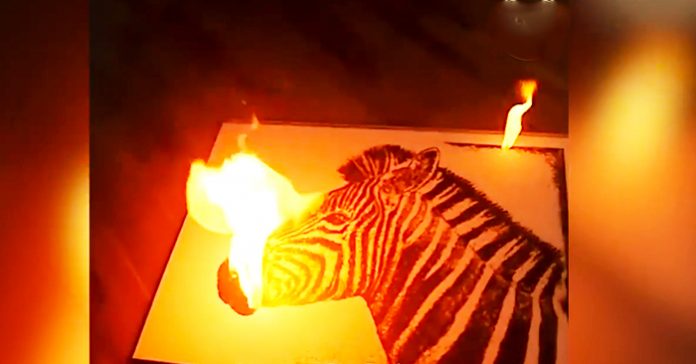 A talented Croatian artist in Norway, Dino Tomic, has gone viral for his unusual art where he sets fire on his artworks after completing them.

Tomic creates his beautiful works of art by using gunpowder and then sets them alight to create a dramatic finishing effect.

The form of art is fairly a new experiment to him who owns a tattoo parlour, Atomic Circus.

To create the art, Tomic first creates an incredibly display out of gunpowder 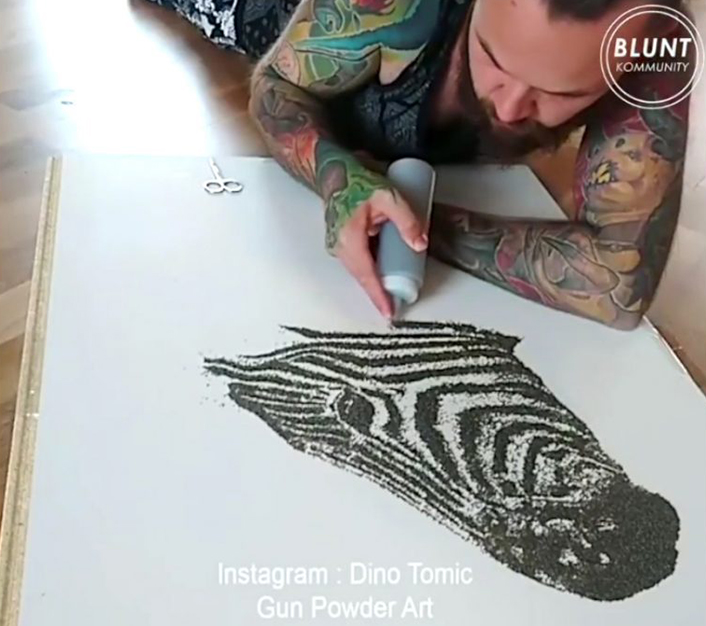 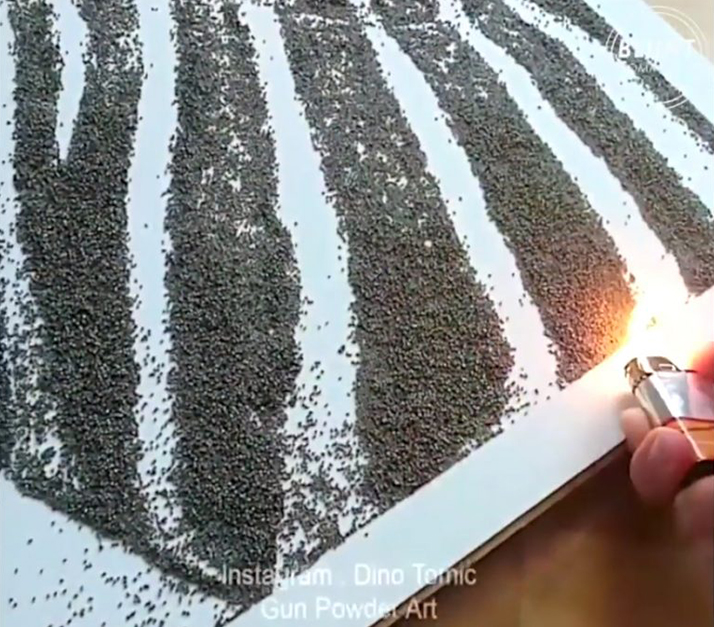 Other than gunpowder art, he also loves to experiment with other forms of medium like kitchen salt and colour pencils.

He said: “It was a natural step for me to do gunpowder after I have been working with only kitchen salt art for one year – now I’m making glowing sand art and heat changing art.” 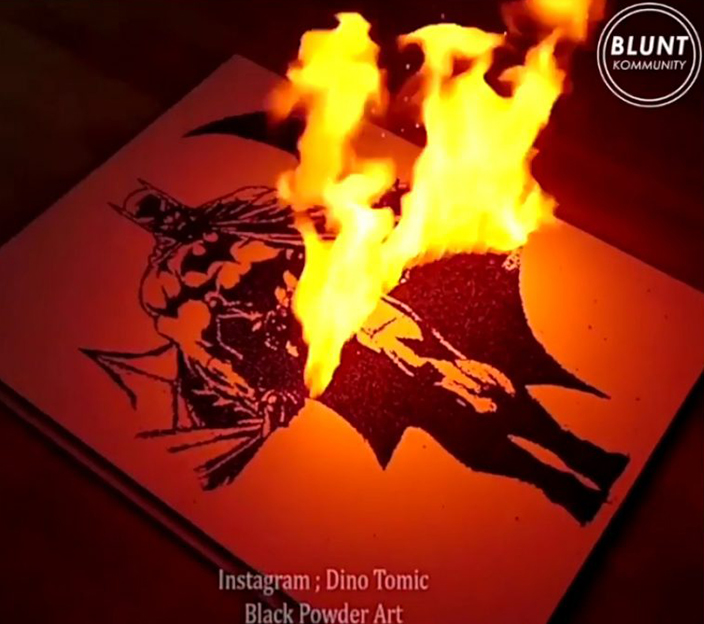 However, Tomic said that he did not encourage the public to try out the gunpowder art without receiving a training from the experts. Tomic said: “I’m literally drawing with fire – it’s not recommended to try at home.”

Watch how he creates his amazing gunpowder masterpieces here

Top 3 magnificent fireworks festival not to be missed in Japan