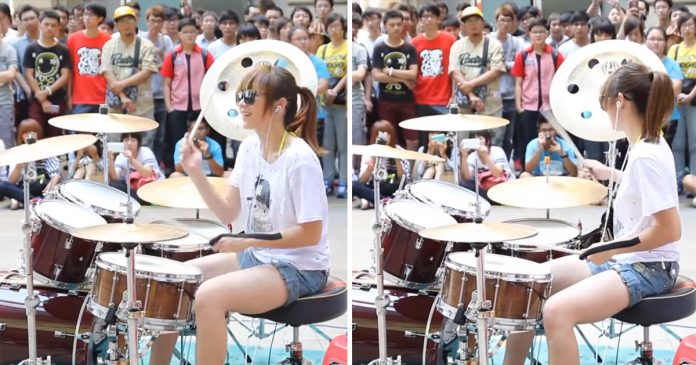 Luo ShiRu or as she is more commonly known by her stage name, S. White, is a Taiwanese drummer who has been gaining a lot of attention these past few years and for good reason. She is an incredibly talented percussionist and she is known for performing in public areas such as streets where a large crowd is bound to appear wherever we sets up her instrument.

Her performances are usually recorded by her fans and posted on YouTube where they garner hundreds of thousands of views. Some of her most notable performances include her playing to the beat of Gangnam Style, Gentleman, Roly Poly and Moves Like Jagger. Although she studied dance at the Taipei School of Art and the Taiwanese National Academy of Arts, she was noticed by many people for her unique drumming skills.

S. White is a great musician as well as entertainer because while she performs difficult pieces, she often also does tricks with her drum sticks 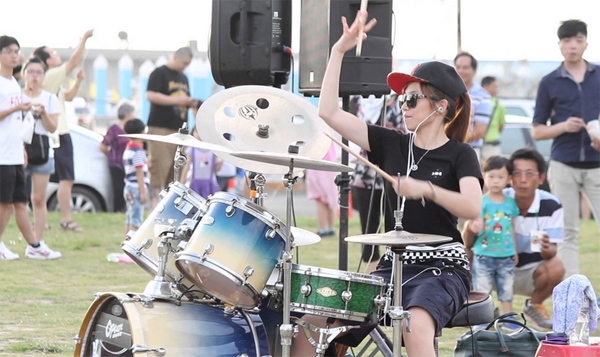 What makes her unique is that she looks like she’s having a blast while performing, her fans can’t help but to have fun and enjoy as well 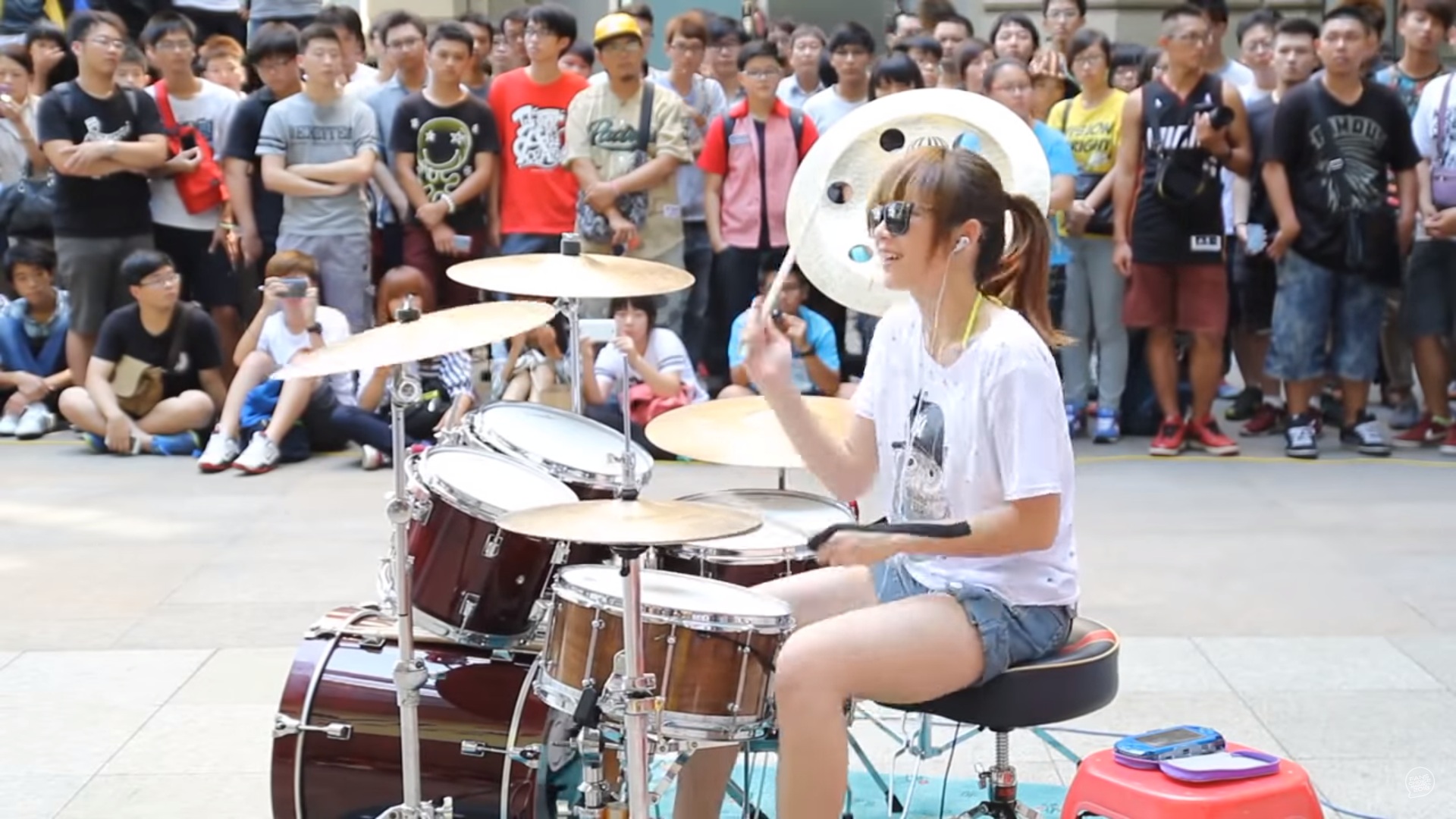 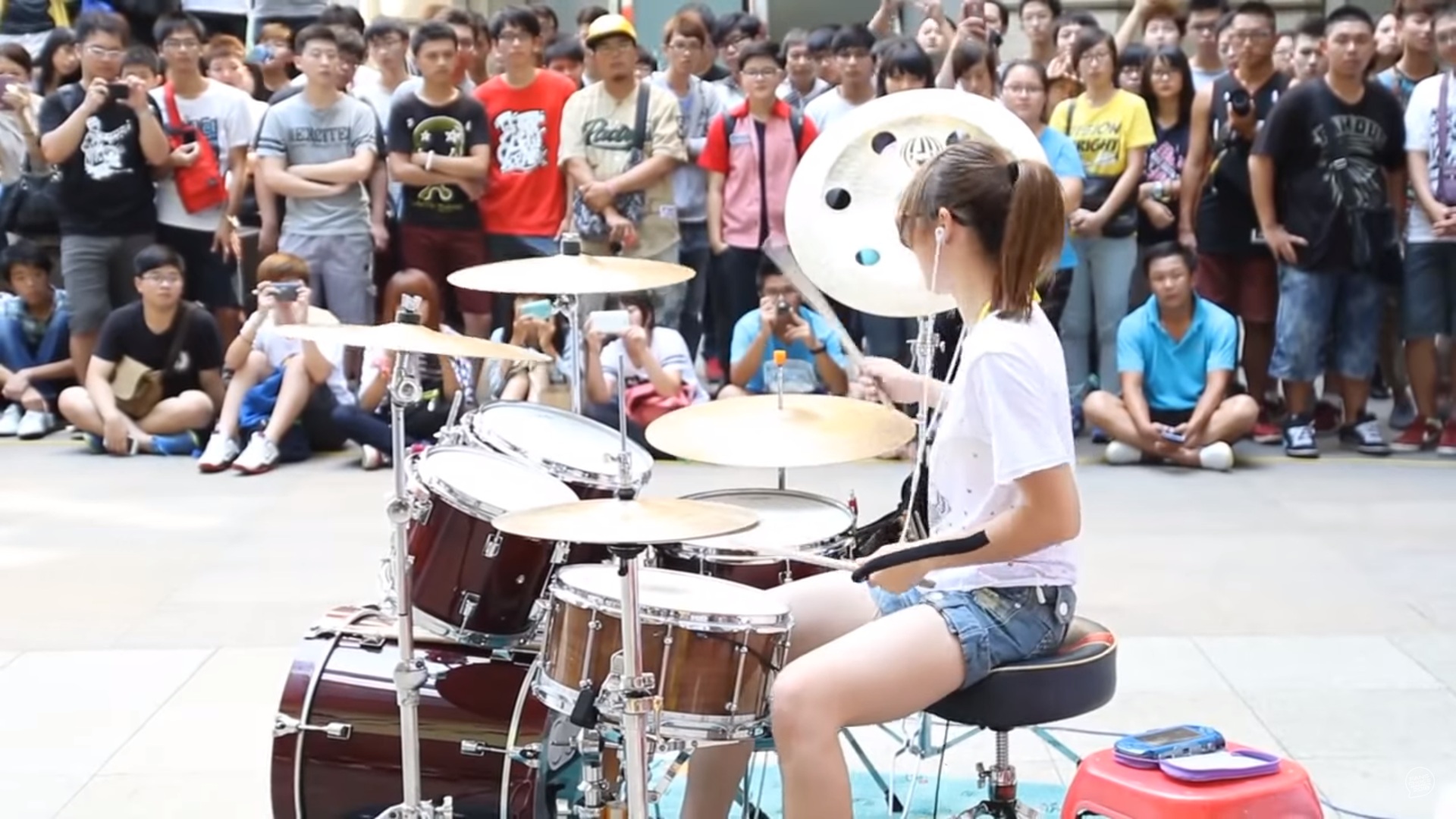 Check out her amazing performance below: