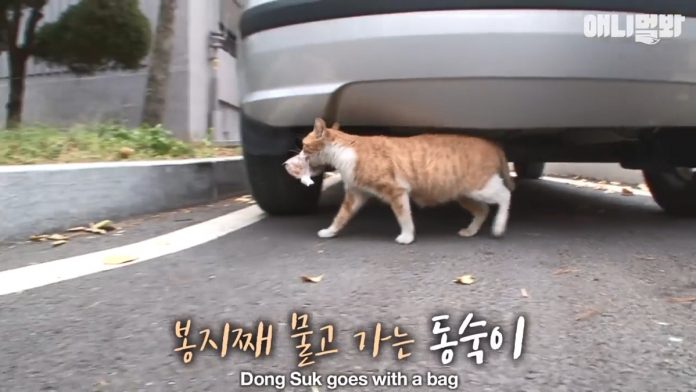 A lady found it peculiar that a stray cat would not eat the food she gave unless it was packed in a plastic bag so she followed the cat to its hideout. What she found was a heartwarming truth.

In the video uploaded by SBS TV’s YouTube channel, the stray cat named Dongsuk would refuse to accept food placed on a plate.

Instead, the cat would quickly grab the food if it was packed in a plastic bag

This confused the lady who had never seen cats refusing food when she placed it on a plate for them. So, she followed the cat back to its hideout after she gave it a bag of food.

The truth was that the ginger cat was actually saving the food for her cute kitten!

According to the video, Dongsuk actually gave birth to a litter of five kittens but only one of them survived 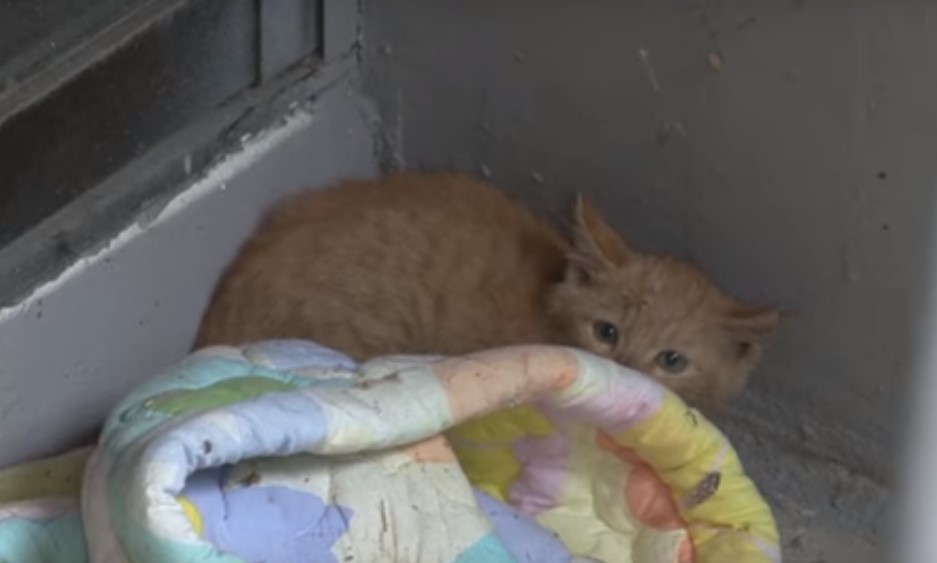 Due to her huge loss, Dongsuk became attached to her only kitten and made sure she fed her baby well.

Now, Dongsuk is not a stray cat anymore. She and her kitten were taken care of at their new home