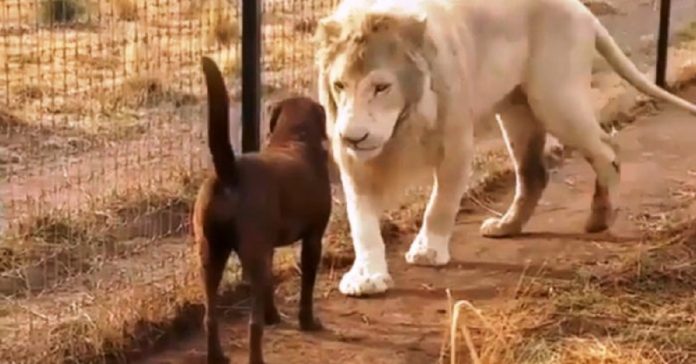 This is the adorable moment the king of the jungle is captured behaving like a puppy when he meets his best friend, the dog!

As one of the strongest and the most fearsome predators in the world, lions are known for their strength and ferociousness compared to other animals like buffalos, elephants, and zebras. 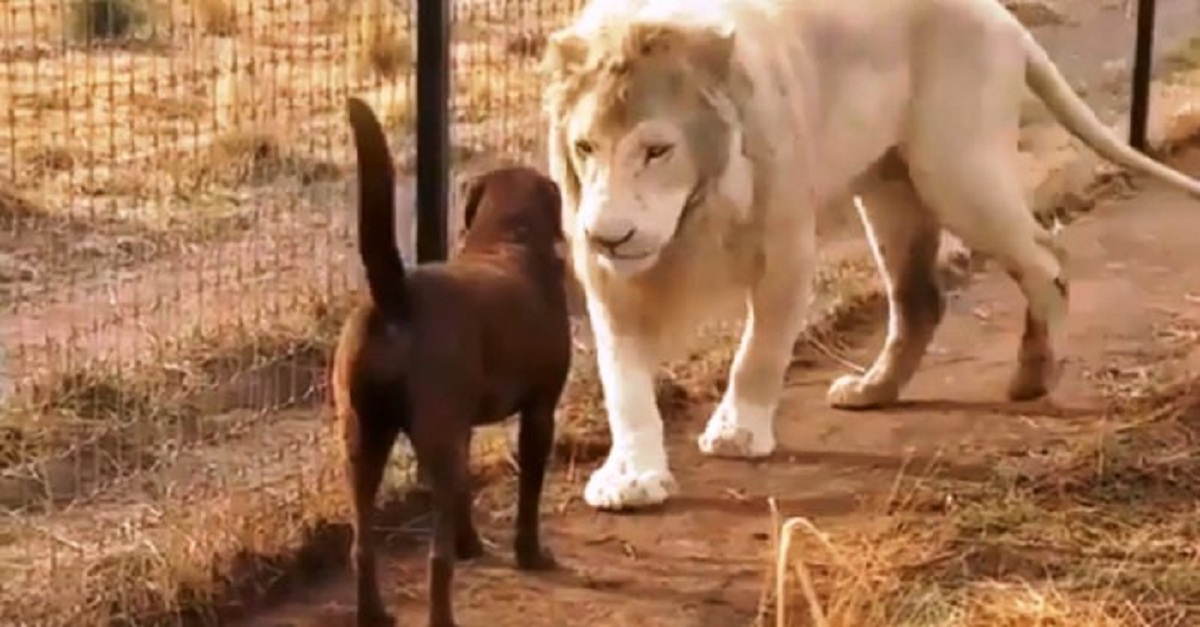 So, when this dog stood near to the lion, many would think that he would easily become the next meal of the wild animal as the lion approached him. However, the lion unexpectedly lifted up his paw gently as if the two have been best friends forever!

In this extraordinary scene, the lion behaved just like a puppy next to the dog and it is adorable!

Divers spotted a whale shark trapped with a fishing rope around...