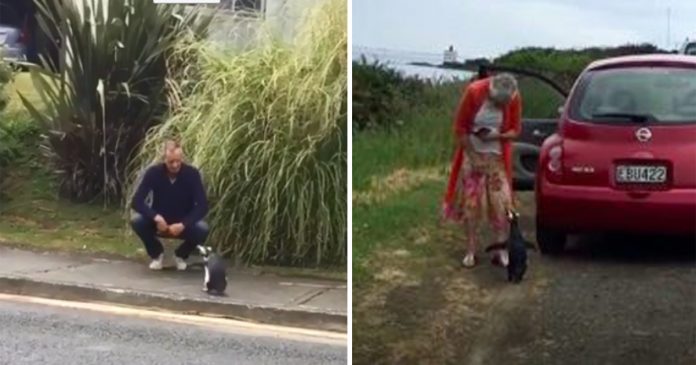 New Zealand is known for the extensive number of sheep that inhabit the country and also their friendly penguins. In the video below, a man can be seen squatting by the side of the road waiting patiently for his feathered friend to hop towards him. The scene was captured in New Zealand’s southern-most town of Bluff where the penguins are notoriously known for doing as they please. If they feel like stopping by to greet strangers, they will do just that.

The video shows a Fiordland penguin bounding across the street, consequently stopping traffic 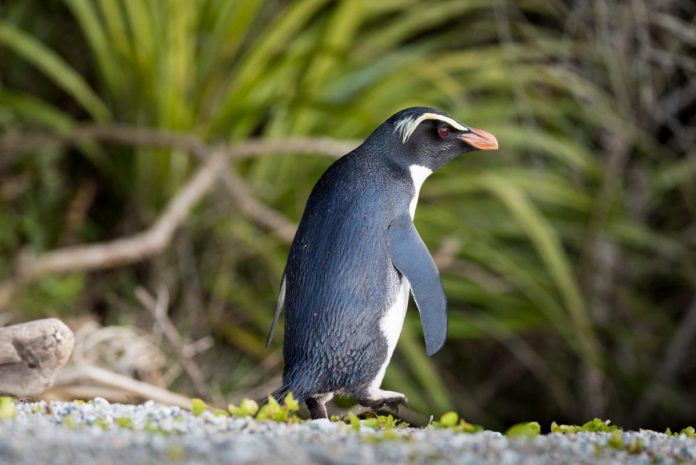 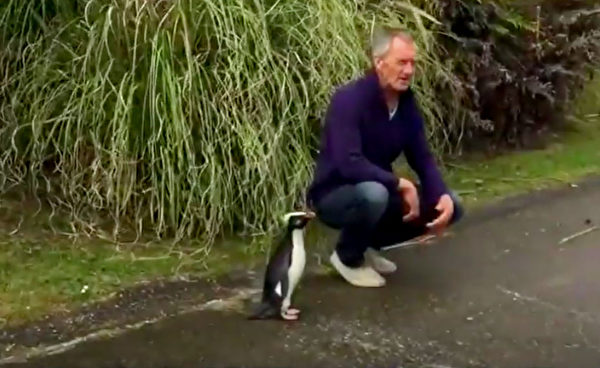 “I’ve just let him off his leash. He’s always running into houses and stealing goldfish – he’s a real nuisance” 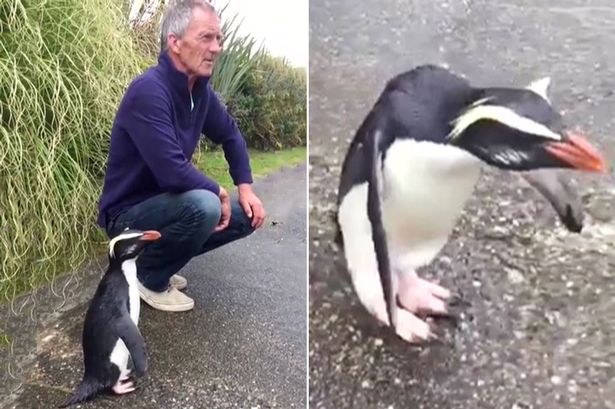 Tourists who weren’t used to seeing penguins up close and personal, stopped by the side of the road in hopes of greeting this friendly critter 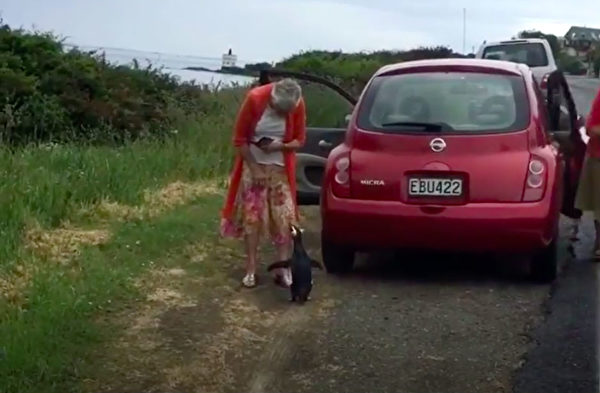 Just look at how happy this penguin looks as it greeted everyone:

These grandfathers may look fragile but when Michael Jackson’s song played...