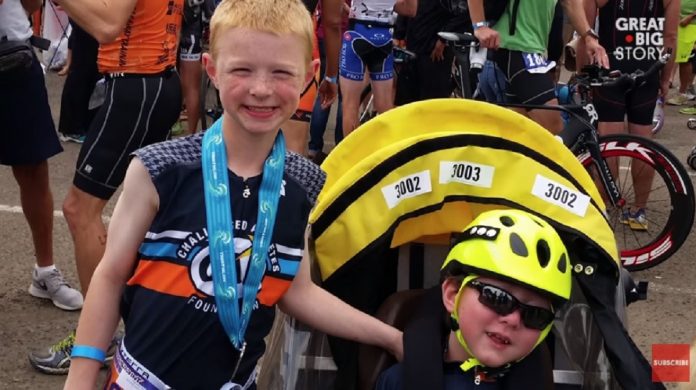 Suffering from a rare neurological condition does not stop this six-year-old boy from completing a triathlon, thanks to his loving brother.

Lucas Aldrich is unable to talk or walk but he managed to complete the challenging triathlon thanks to his older brother, Noah, pulling him in a dinghy, pushing him in a wheelchair and tugging him along with a bicycle. 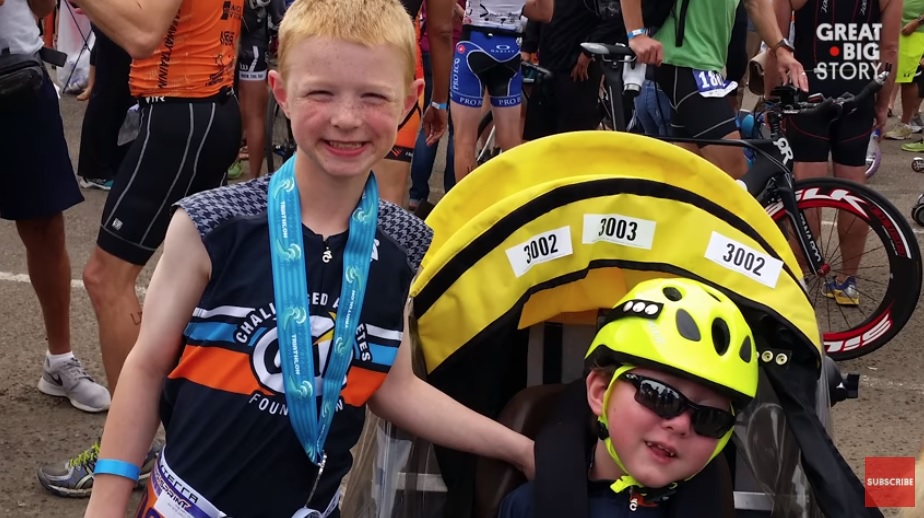 8-year-old Noah said he loves going on walks and watching television with Lucas. “I like everything about him, he’s perfect,” Noah said 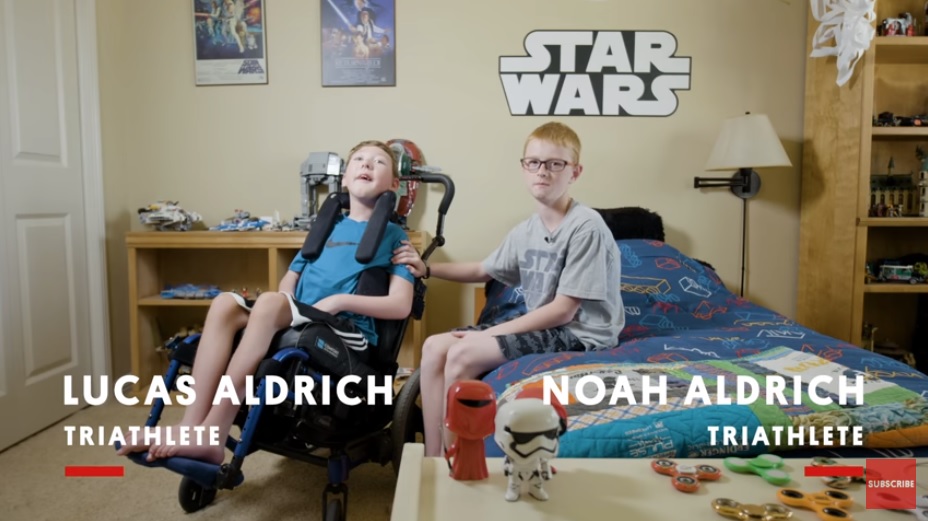 When pictures of Noah carrying his brother to complete the triathlon made their way to the internet, thousands of people just fell in love with the inspiring brothers 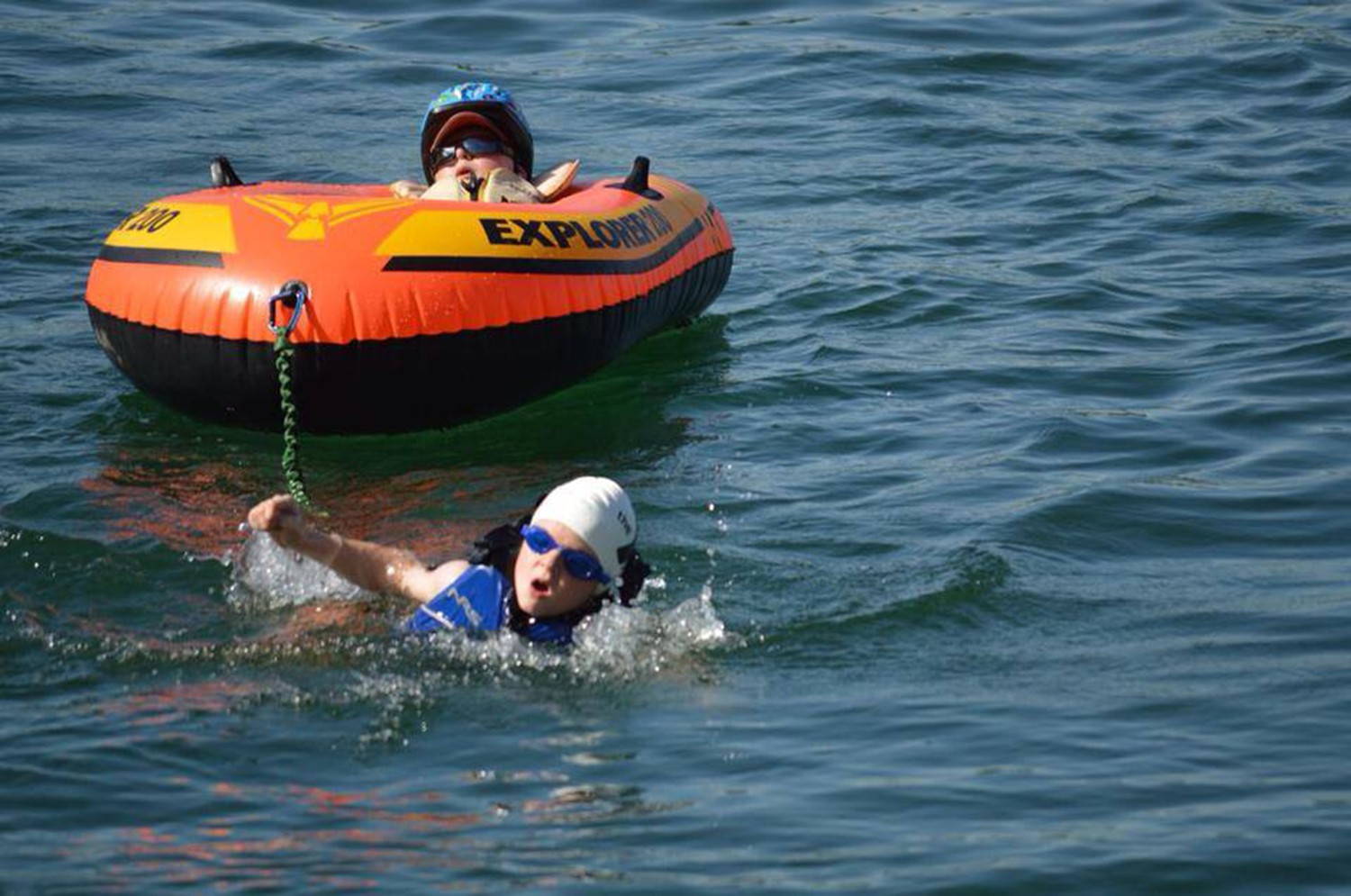 Some even admitted that they were in tears following the viral story.

Even though Lucas cannot speak, their mother knew that he was equally excited about the children’s triathlon just like his brother Noah 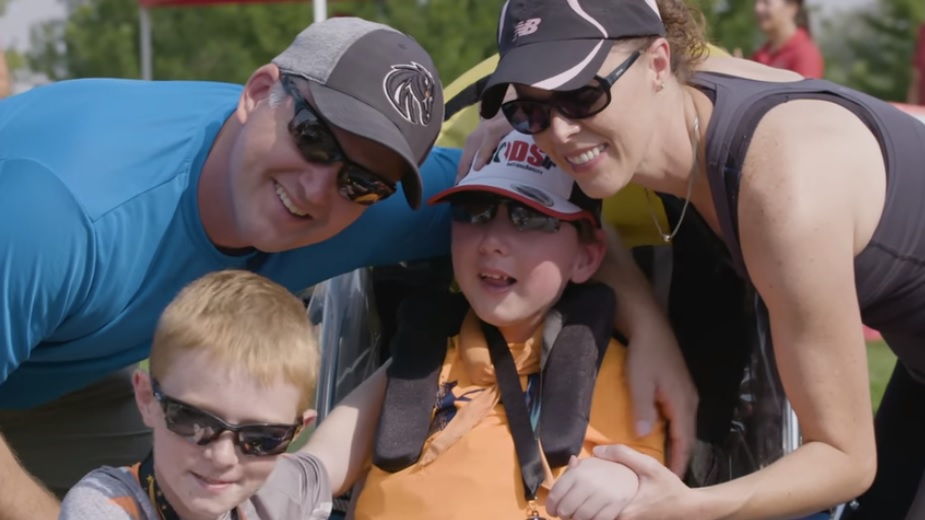 “The boys definitely have a special bond. Though Lucas cannot speak, I knew from his facial expression, by the way he looked at Noah, that he knew he was part of something pretty special,” she said.

The doctors never expected for Lucas to complete a triathlon but now it seems that the brothers can cross any finish line they want! 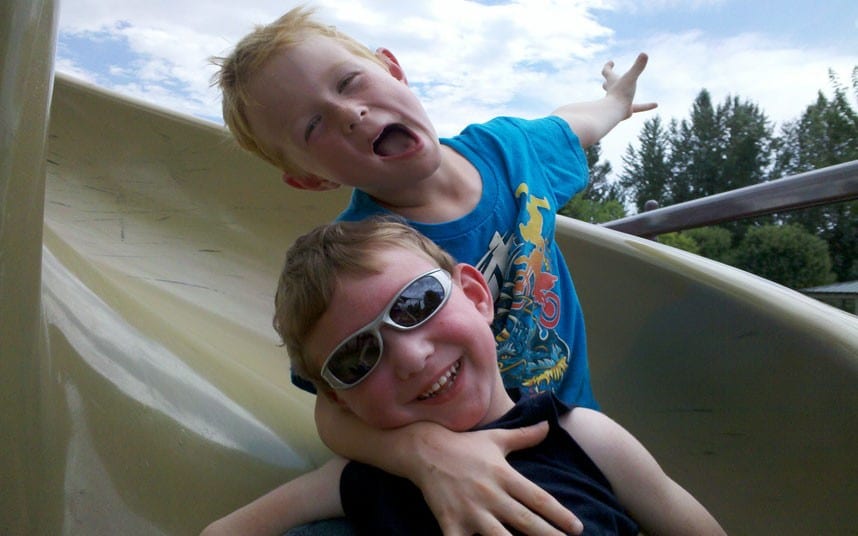 Watch the touching bond between Lucas and Noah here

Hilarious moment a parrot meows to a group of cats and...