Every New Yorker knows that when they have to attend important events, the NYC Subway may not be the most reliable mode of transport that they can rely on.

Still, Jerich Marco Alcantara and his extended family trusted the E train to get them to his college for his graduation ceremony!

He and his family left their home in Queens at 8.15 a.m., hoping to arrive at his college an hour later. Alcantara, 22, hopped on the train along with his parents, aunt, godparents, friends, and girlfriend.

He was ready with his purple cap and gown and was only minutes away from arriving at their stop but then, an announcement said that the train was delayed due to an emergency brake malfunction 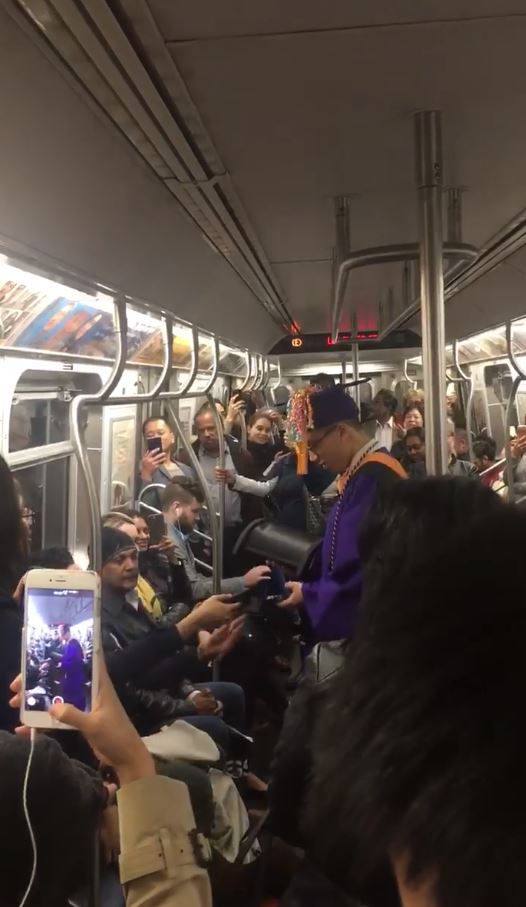 The passengers and Alcantara were stranded for an hour and a half before a rescue train arrived. Unfortunately, they also experienced another delay on the second train as a result of a signal malfunction.

Soon, it became clear that he was not going to make it to his graduation ceremony!!!

It was quite dreadful for him and his family and the graduation meant a lot to them.

Alcantara was the first among his siblings to graduate from a college where he earned a degree from the Hunter-Bellevue School of Nursing, in the hopes of pursuing a nursing career.

However, he decided to crack a joke while waiting for the rescue train to lift the mood a little. Alcantara then turned to other passengers on the train and said: “Thank you guys for coming out today to see my graduation. I appreciate it.” 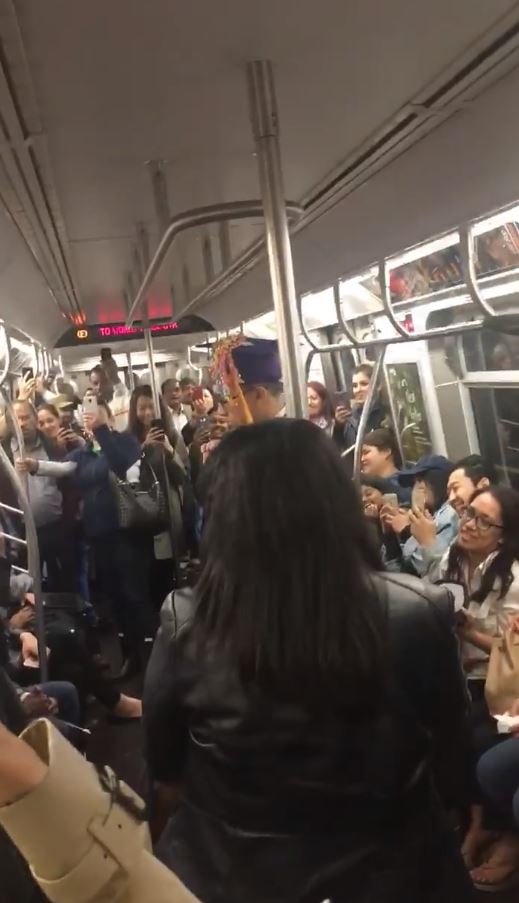 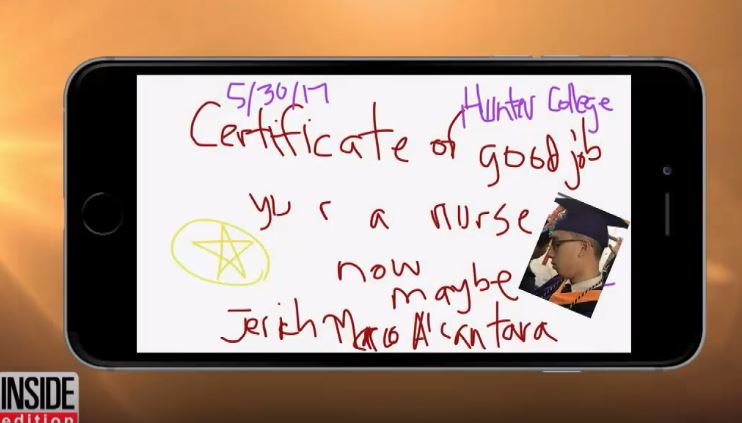 It may not be a real ceremony but it was a really heart-warming moment for Alcantara, and the passengers smile and cheer on him 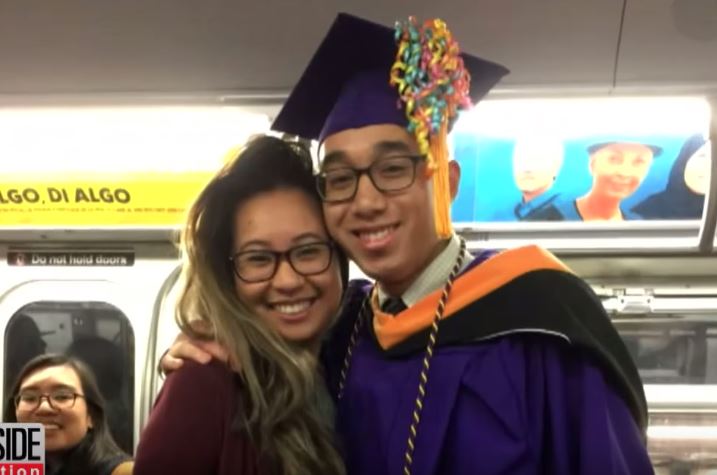 As people got off at their stop, they congratulated him and wished him best of luck.

Alcantara was very positive when asked about the delays and the impromptu graduation ceremony. “Not everyone gets to have a commencement in a train,” he said 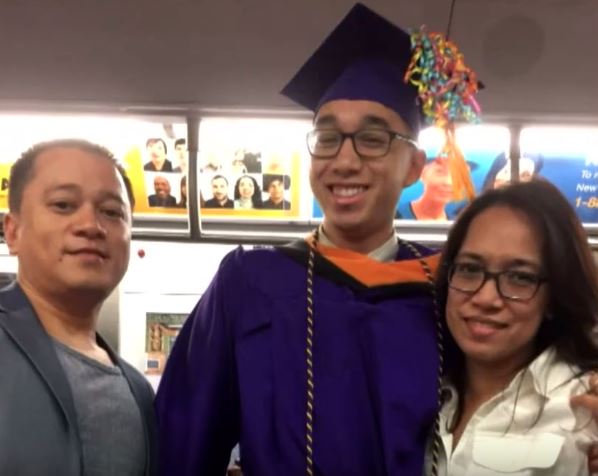 5-year-old girl sends and fetches her blind father from work every...