Meet Tony Restivo, a tile-settler from Toronto who is making headlines around the globe for his sensational moves to Ariana Grande’s hit ‘Into You’.

It was like any other typical day at work for Restivo who started busting out moves and swaying his hips to the catchy tune to lighten the mood of his co-workers, something that he does daily when they work long hours.

Later, his colleague secretly recorded him dancing for 20 seconds before he noticed it and put on a real show

However, it was not until his wife, Sandy, sneakily uploaded the funny video on Facebook that his dance suddenly caught the world’s attention and spread like a wildfire! 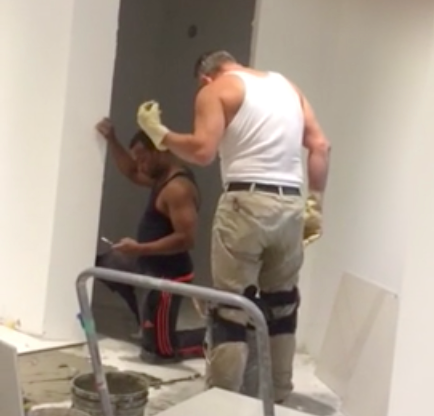 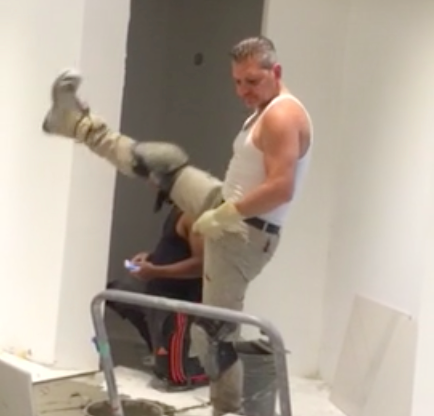 His dance quickly became an instant hit with Arian Grande herself shared Restivo’s clip with her 94 million Instagram followers.