Are you familiar with the fable of The Tortoise and The Hare?

In the story, the slow and steady Tortoise defies all odds when he beats Hare in a race. The Hare who always brags about how fast he could run ends up defeated by the slow-moving reptile.

Inspired by the classic fable, a real-life modern race was held to find out whether or not a tortoise could beat a hare. In the race, they used a rabbit instead of a hare 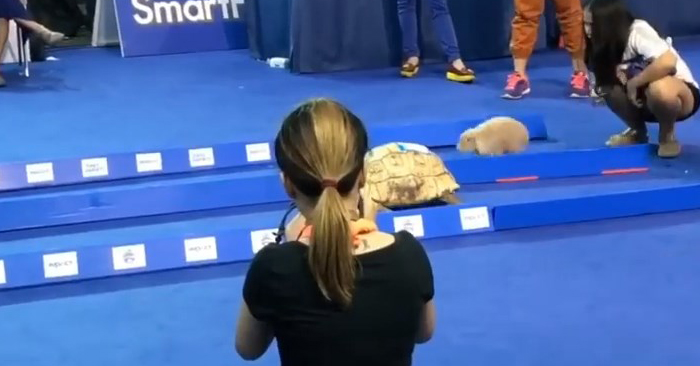 Just like in the story, the rabbit hopped to a good start, leaving the slow tortoise far behind 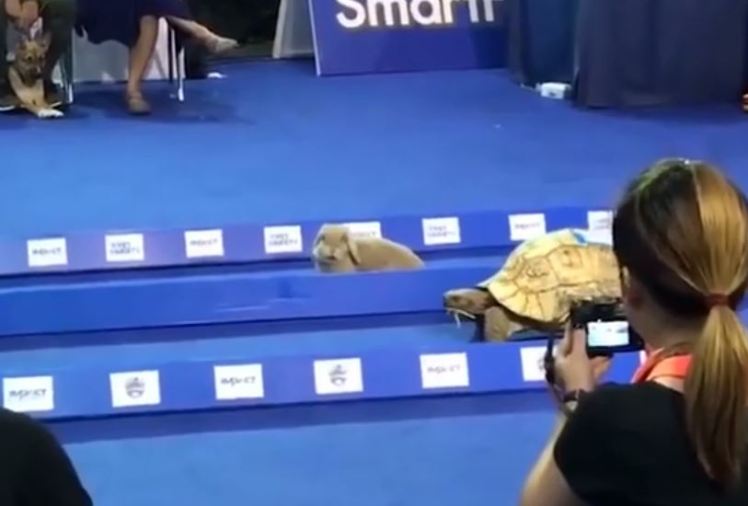 However, just before it reached the end, the rabbit stopped hopping and started chilling and looking around

What happened later proved that the fable may have not making stuff up!

Who do you think won the race?

Watch who was the winner of the race here

Cyclist stumbles on railway track, seconds away from being hit by...