Stanley missed his mother who was away so he decided to call her. The conversation was really hilarious and heart-warming, especially when his mother told him that she loved him.

Stanley really knows how to handle a conversation on the phone. Is not he a smart dog? 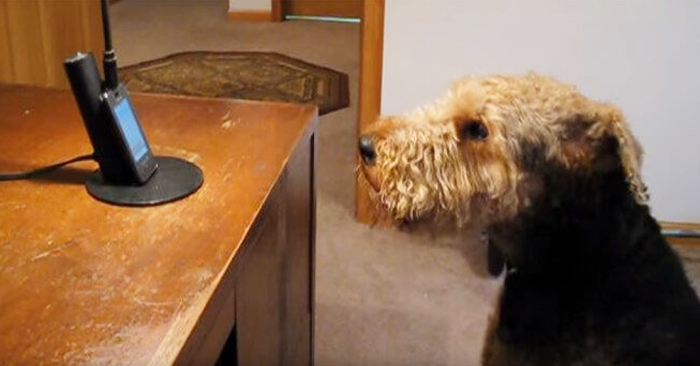 Thankfully, his father recorded the whole conversation on camera so we all get to see his sweet conversation with his mother.

Hopefully, his mother is not away for long so that Stanley can be reunited with her as soon as possible!