Cockatoos are not the most talkative species of parrot but this cockatoo looks like it has a lot to say to its owner.

Maybe the dog was being too loud or the food was too dry for its taste that the cockatoo cannot stop complaining to its surprised owner.

When the lady responded with “Really?” to the cockatoo, it became more talkative! 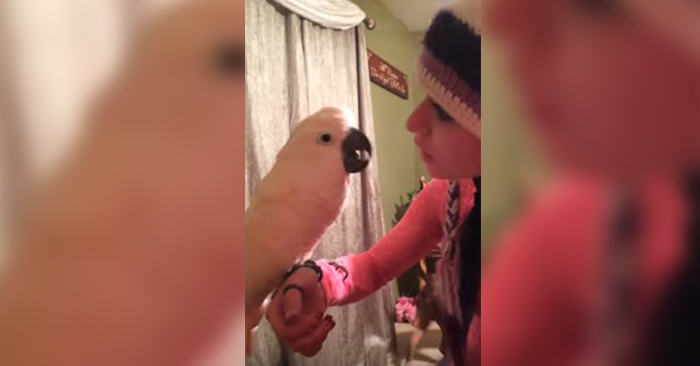 What has made the cockatoo became extremely furious?

Well, the possibilities were endless and it could be the dog since it took several glances at the dog when complaining to the lady 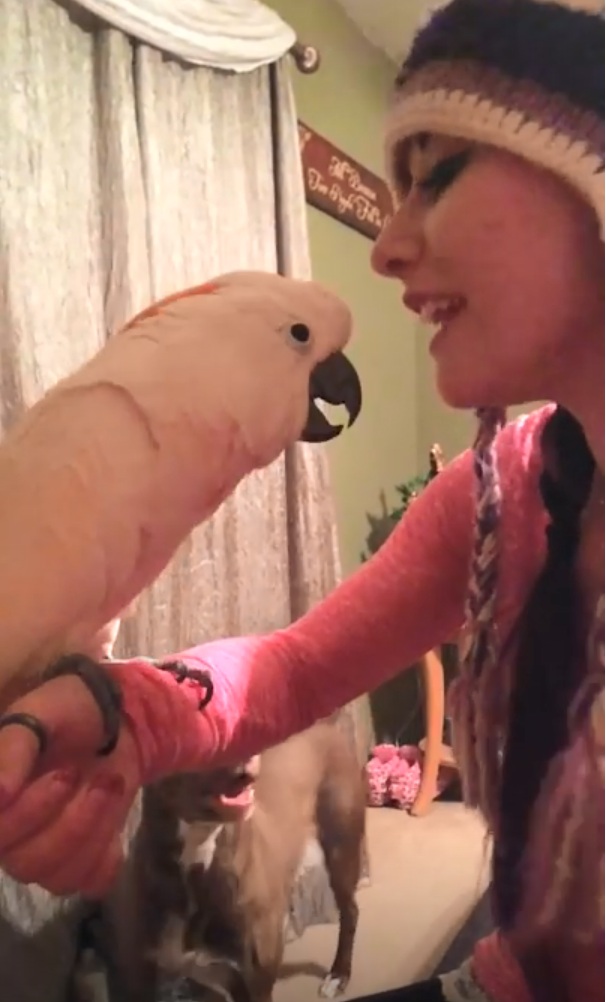 When the owner learned that the cockatoo had quite a rough day, she kissed the bird to calm it down and it worked! 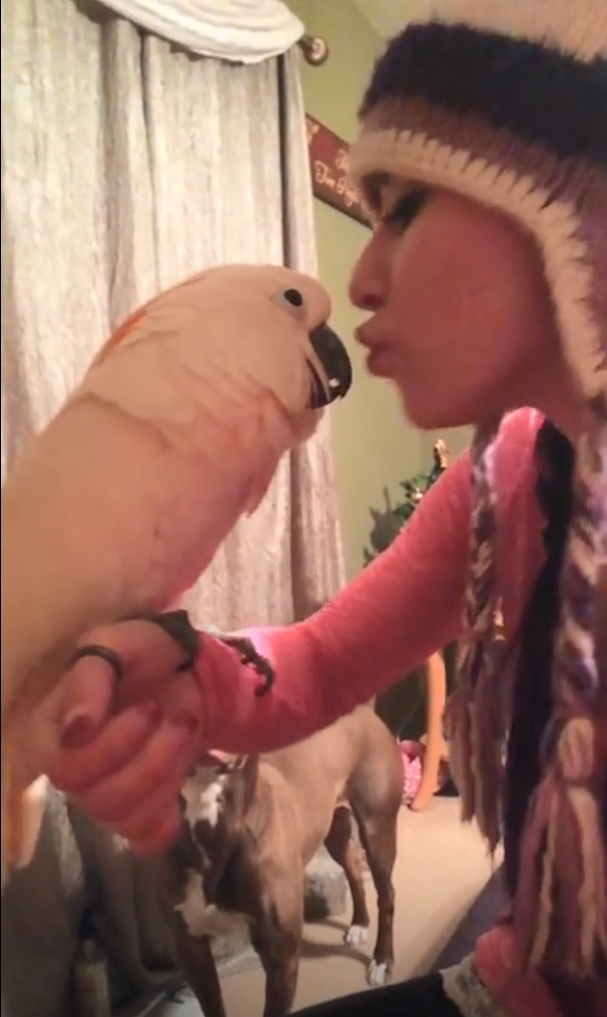 Watch the long list of the cockatoo’s complaints here