Mirrors are objects that reflect light in such a way that it preserves and depicts most of the detailed physical characteristics of the original light. This means that mirrors have the capability to depict anything in it’s field of reflection. They are most commonly used for personal grooming but also as scientific apparatus such as in telescopes and lasers.

The puppy in the video does not know how mirrors work and is dumbfounded when she sees an image of herself reflected in them for the first time. She tires to fend off the perceived intruder and defend her family without realizing that it’s actually her. 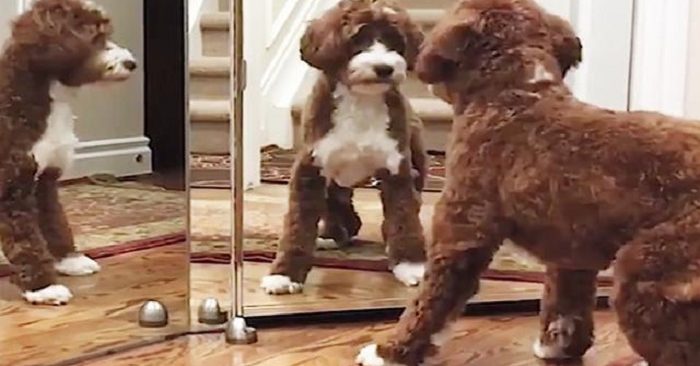 She then begins to try and protect her family from her pwn reflection! 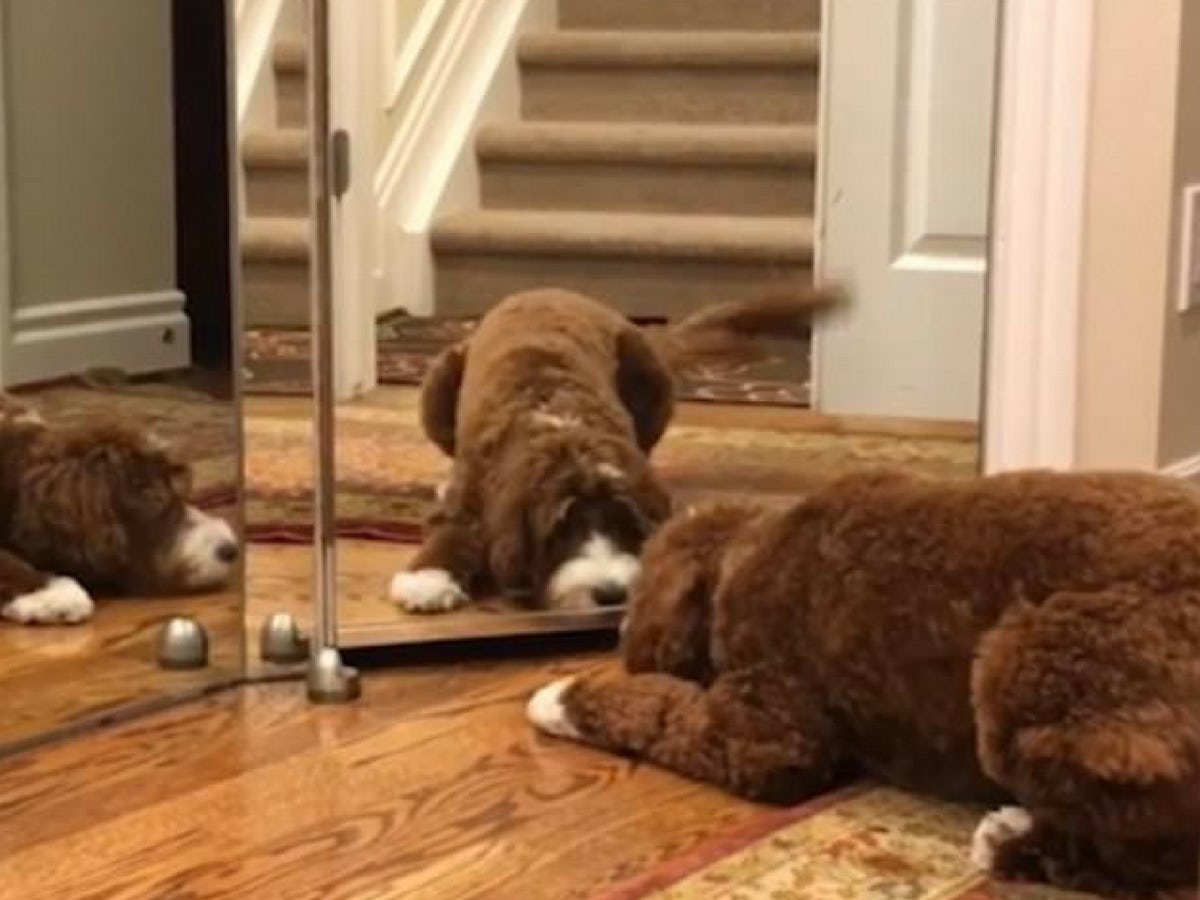 Watch this labradoodle fight her reflection below:

Old German Shepherd About To Be Put To Sleep In Animal...