A video that has gone viral on social media shows a man who kicks a stray dog on a beach immediately gets what he deserves for kicking an innocent animal.

The video begins with the man seemingly enjoying a fun evening at the beach when he spotted a stray dog in the distance. Thinking that the night would be more fun if he did something to the dog, the man then decided to throw a kick to it. 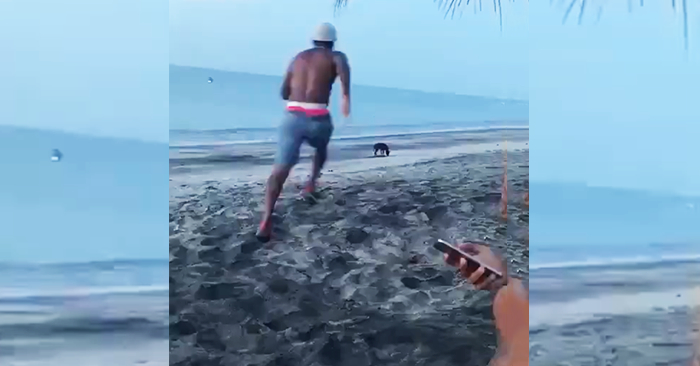 Meanwhile, his friends waited sat down and recorded the whole incident.

However, as the man ran towards the dog, the dog sensed the imminent danger and ran away as fast as it could. As the man chase after the dog so fast, his feet got caught up in the sand and he fell.

That was when a pack of stray dogs seized their chance and chased after the man. He tried to run them out but he was just not quick enough.

Watch what happened next after the stray dogs caught him

A tiny kitten was abandoned on the side of a busy...

Marathon runner suddenly collapsed to the ground 20 metres away from...