Humans aren’t the only ones capable heroic feats, just take this black Labrador who saved his two buddies that were stranded on a canoe for example .

Two dogs had gotten themselves stranded in a canoe which was going downstream at a rapid pace. The two pups were all alone in the canoe and started to panic when they started picking up speed. They howled in distress and that’s when a brave black Labrador decide to leap into action.

The Labrador named Robbie fearlessly jumped into the water and swam towards the rogue canoe. He then took the rope attached to the front of the vessel in his teeth and paddled to shore with all his strength. 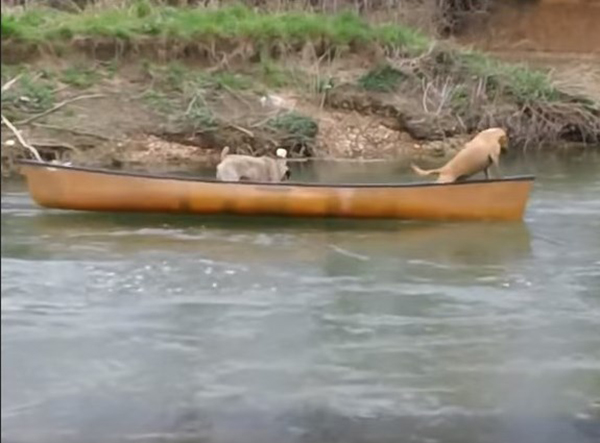 Robbie’s owner can be heard in the background offering words of encouragement saying”Keep going, boy – bring him home” 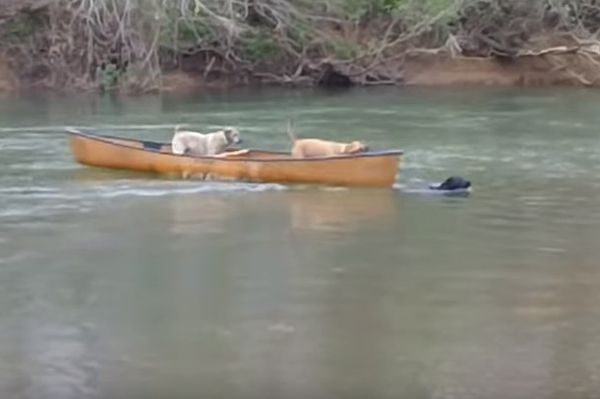 Watch Robbie’s heroic effort in the video below:

Watch the heart-warming miracle of life unfold when this dolphin gave...