Meet of the most adorable pairs of best friends at Myrtle Beach Safari in South Carolina, Bubbles and Bella.

Bubbles is an African elephant and Bella is a black labrador. They have been best friends for many years and can often be seen playing in the water together.

However, like their love for water, they also another common thing—tragic background story 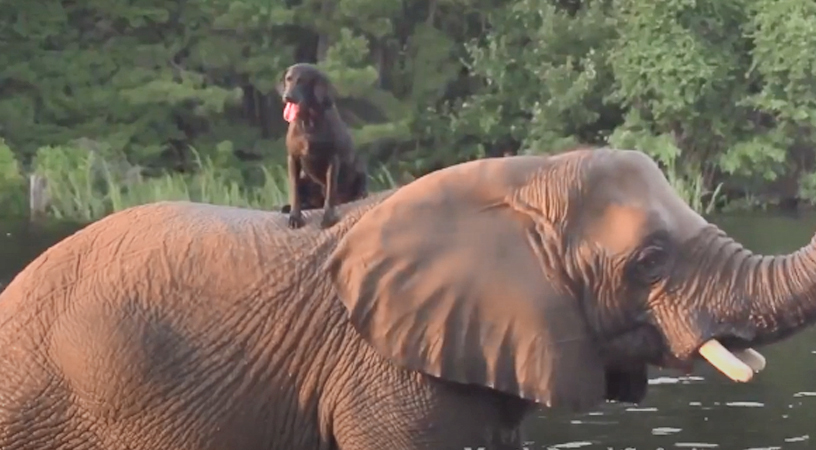 Bubbles was rescued in Africa in 1983 after her parents were found killed by poachers during the times when they are illegally hunted for their ivory. She was one of the few lucky elephants who was adopted. Quite a number of her species did not make it to the facilities as they were either released or killed since facilities for them could not be found.

In 2007, a contractor who was hired to build Bubbles her swimming pool abandoned Bella at the safari. Bella was just a puppy at that time 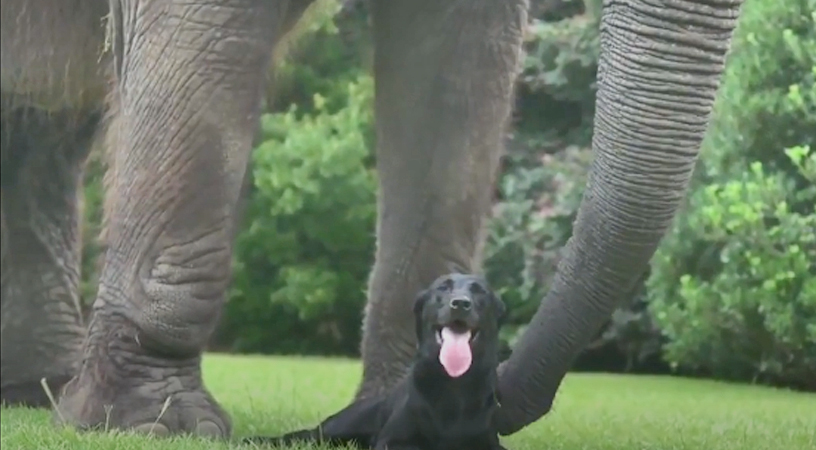 Luckily, these two struck a friendship after playing together in the water at the safari. They love teasing each other and sometimes, Bubbles throws a tennis ball for Bella to fetch. In spite of their lonely and heartbreaking stories, these two now have each other 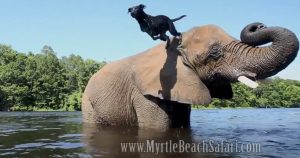