Tug of war is one of the most ancient games known to men and it remains popular today as a popular sport that shows the strengths of two teams competing against each other.

The most important aspect of this game is the teamwork since it is nearly impossible to depend on one or two players alone. It definitely needs both a strong body and mind.

As you can see in the video, the competition is truly fierce when both teams barely budge from their initial spot. A moment later, the green team begins to falter when the red team manages to pull them over

But, it looks like it is just a foot slip when they came back stronger than before! 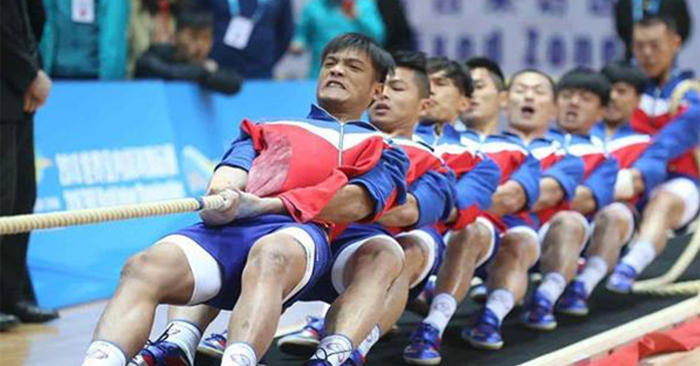 Watch the full video here and can you guess which team won the game?