Rice is the third-highest agricultural commodity being produced worldwide after sugarcane and maize. It is the most widely consumed staple food for a large part of the human population especially in the Asian regions. Many countries in Asia cultivate various types of rice grains in flooded parcels of land called paddy fields.

It is back-breaking work to fill these scenic paddy fields with new plants at the start of every season. Individuals will work together to plant the seedlings into the damp earth by hand. There has to be a certain rhythm or synchronization so that the multiple people working on the same plot of land won’t bump into each other or get in each other’s way.

Just look at these five men who are hunched over and planting the young paddy plants. There is a rhythm that only the five of them can hear because their actions are so synchronized with one another.

These farmers are so efficient, it is mesmerizing to see them work in unison 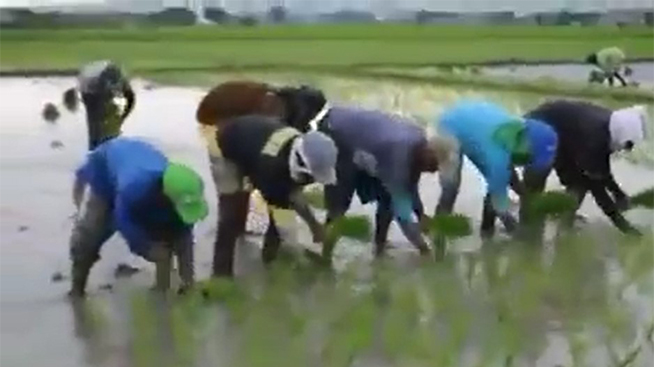 Watch them turn a monotonous job into something almost hypnotizing:

This artist plays an incredibly unique instrument and it is made...