Attention to parents everywhere, this is a reminder to keep a close eye on your children so they won’t become the victims of malicious individuals. A pregnant woman and her husband were having a meal together in a small restaurant located in in the Shanxi area, China when something startling occurred.

A young boy ran into the restaurant only to ‘trip’ on his way out. The child’s mother, who came to his aid, told local press “At first I thought my boy tripped himself, but later he told me that the woman tripped him, which was confirmed by other customers in the shop. I checked the CCTV and was so angry that I called the police.”

It turned out that the pregnant woman stuck her leg out and purposely tripped the boy, giving him a mild concussion. The CCTV footage was put up online and the woman received severe criticism. She later turned herself in to the police and at first received a 10-day prison sentence and a fine of 1000 yuan ($160).

The prison sentence was dropped by the family however because she was seven months pregnant. “We do not wish to affect her. I have children myself. I can understand,” said the boy’s mother.

A child was running carefree through the small restaurant located in the Shaanxi area, China 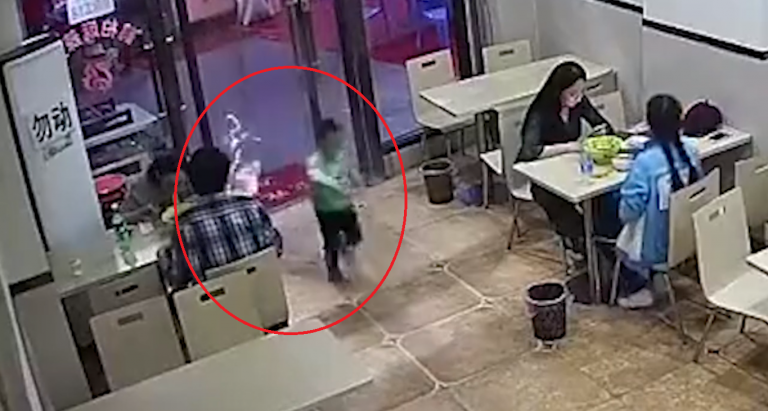 You can clearly see the woman sticking out her leg to trip the child in plain sight, even the other customers were watching 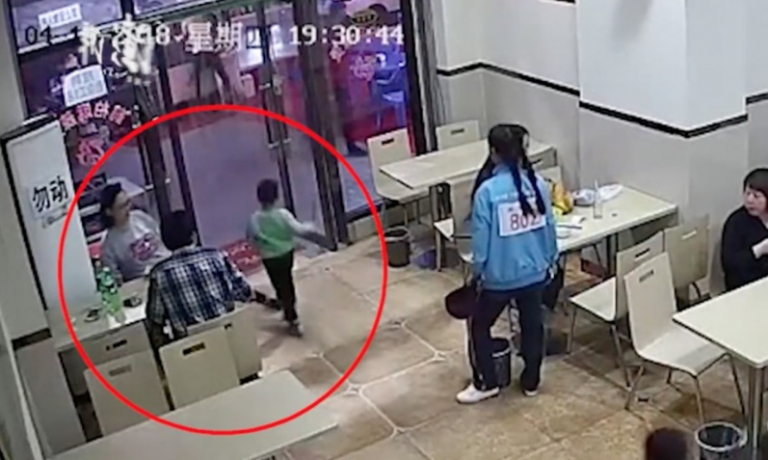 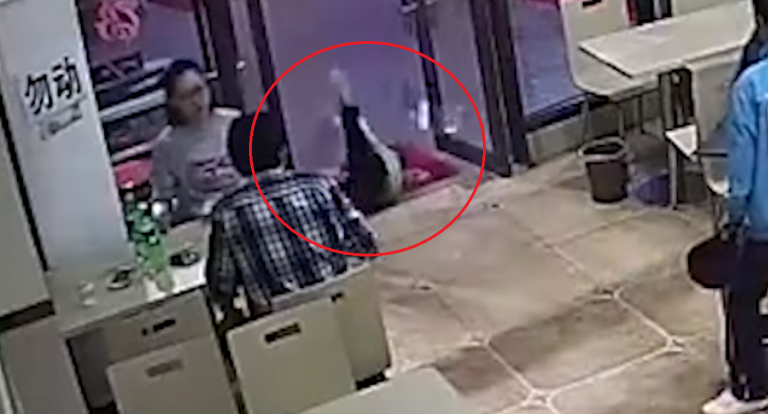 Watch the shocking CCTV footage below: