As the result of hitting a bird along it’s journey, an aircraft was forced to return to the airport so technicians can assess the damage.

These encounters are not as uncommon as you would think and the term for such a collision between airborne vehicles and birds is called a ‘bird strike’. There are over 13,000 bird strikes that happen annually in the US alone.

Bird strikes are actually a significant threat to flight safety as many of these collisions have caused accidents and in extreme cases, even caused human casualties. 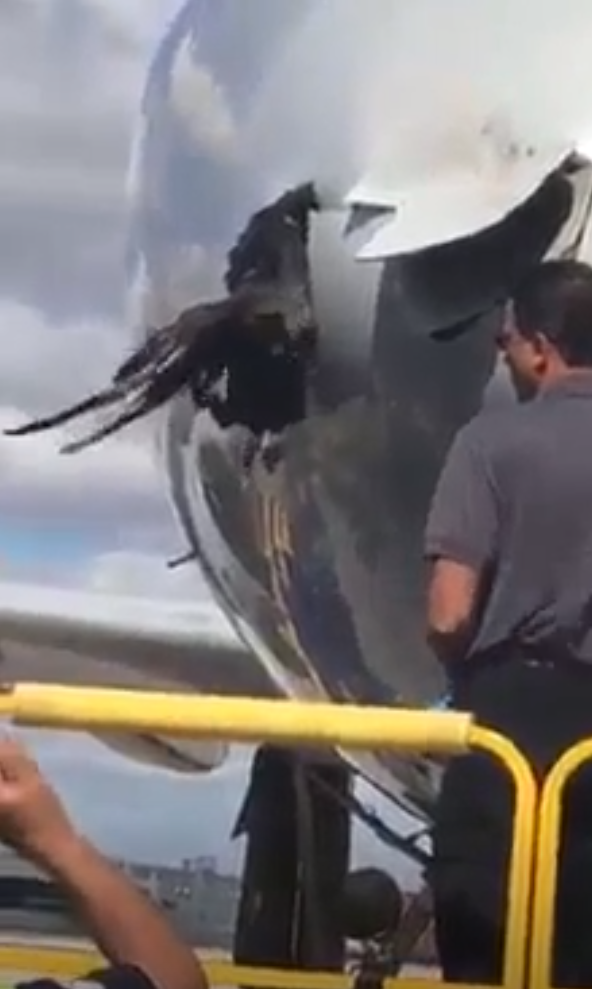 This incident however was not too severe as the bird only damaged the front nozzle of the aircraft. It is better to be safe than sorry though because nobody could predict what may have happened if the pilot continued on it’s course.

The bird that had the unfortunate luck of colliding with the airborne behemoth did not make it. It was believed to have been an eagle as part of it’s body was still stuck on the nozzle of the plane.

Here’s a video of the aftermath of that collision below: