It is quite a common sight to see women preparing and cooking food for their family in the kitchen. But sometimes, men also want to show off their cooking skills and prove that they can cook just like their wives as well.

So, when this man decided to enter the kitchen and do some cooking, he never expect to find the wok to be so frightening! 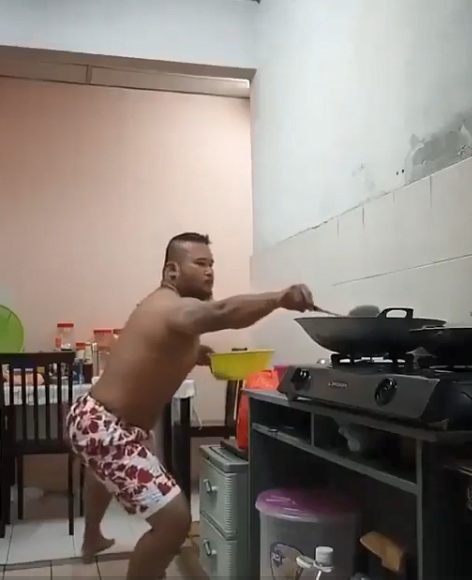 At first glance, the man looked like he was about to confront a dangerous animal but the truth was, it was the splattering oil that made him run out of the kitchen with fear. 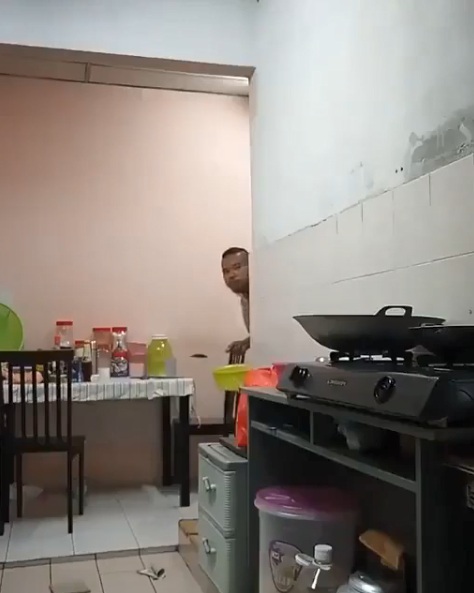 Nevertheless, he definitely was courageous to enter the kitchen to cook something. 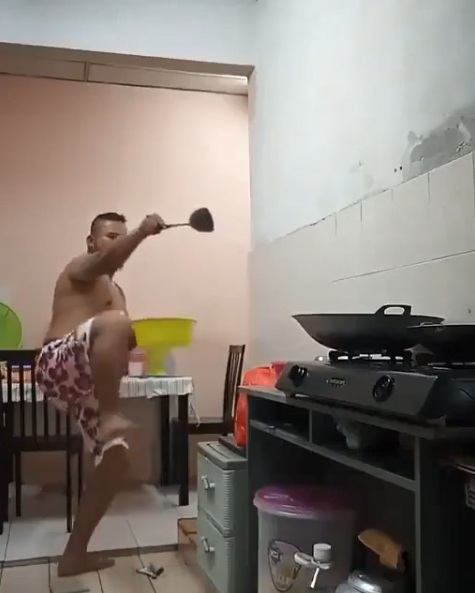 This gifted artist can create painting out of sugar and it...

Owner thinks his cat is dead as the cat lies motionless—then...