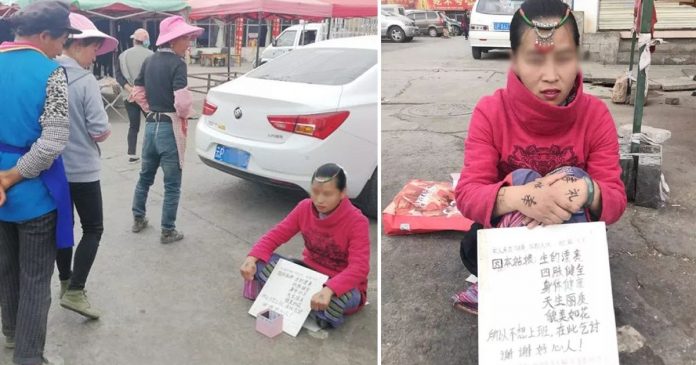 This woman’s story is an example of what happens when a lazy person becomes delusional. There can be thousands of excuses a lazy person can give just to avoid working but nothing can beat this self-proclaimed beauty’s excuse.

An unnamed 30-year-old woman from Lijiang in Southwest China’s Yunnan Province is making headlines on the internet after she claimed that she is “too beautiful to work.” 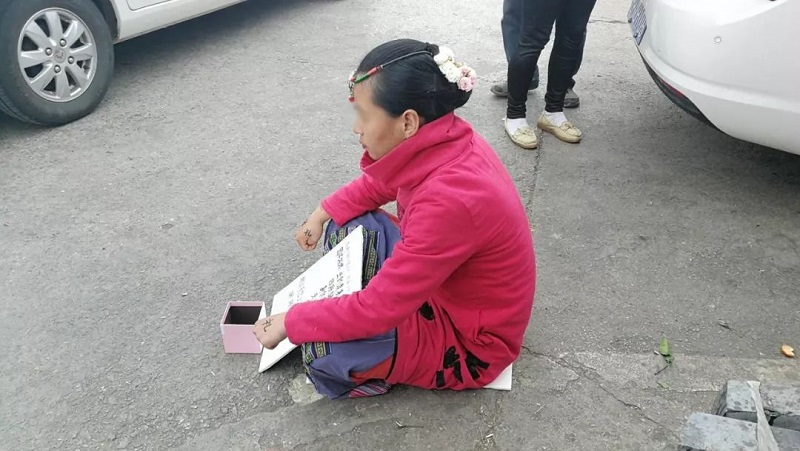 According to Sin Chew Daily, the woman used to work as a waitress and a cashier before she was fired. Now, she begs on the streets with a cardboard sign and a box in front of her 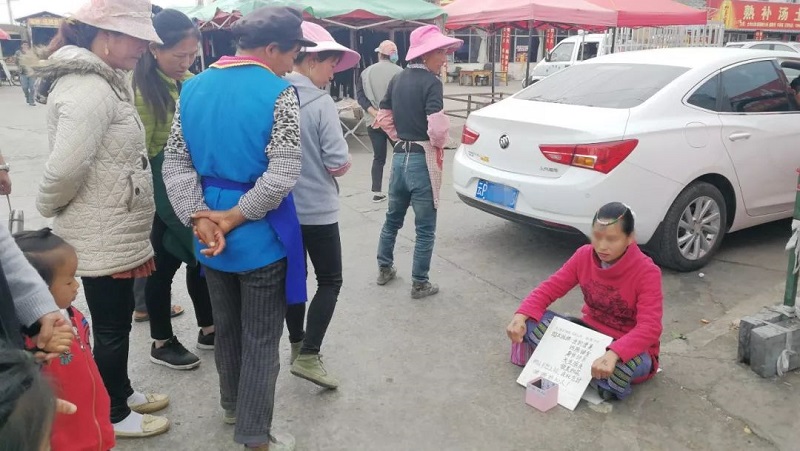 It was reported that the woman previously planned to write “I’m hungry, need 10 yuan for food” on her signboard 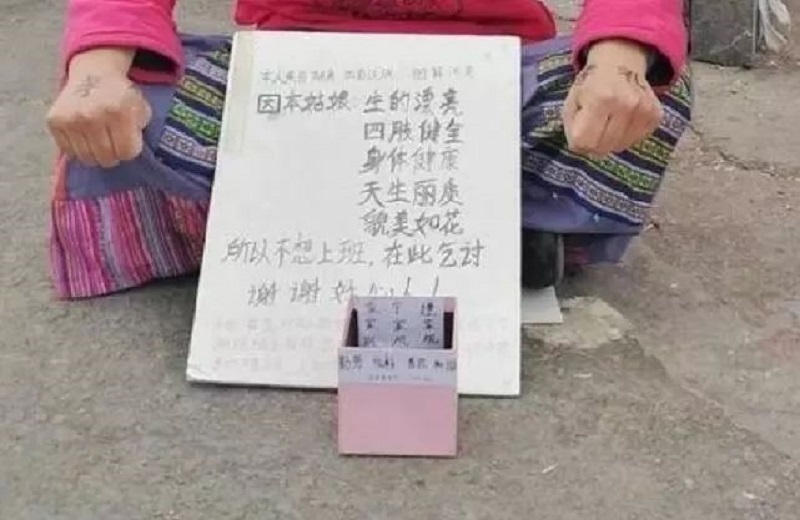 She strongly believed that people would sympathise and give her money by resorting to the idea. She had also planned to sell her body but did not pursue the idea in the end 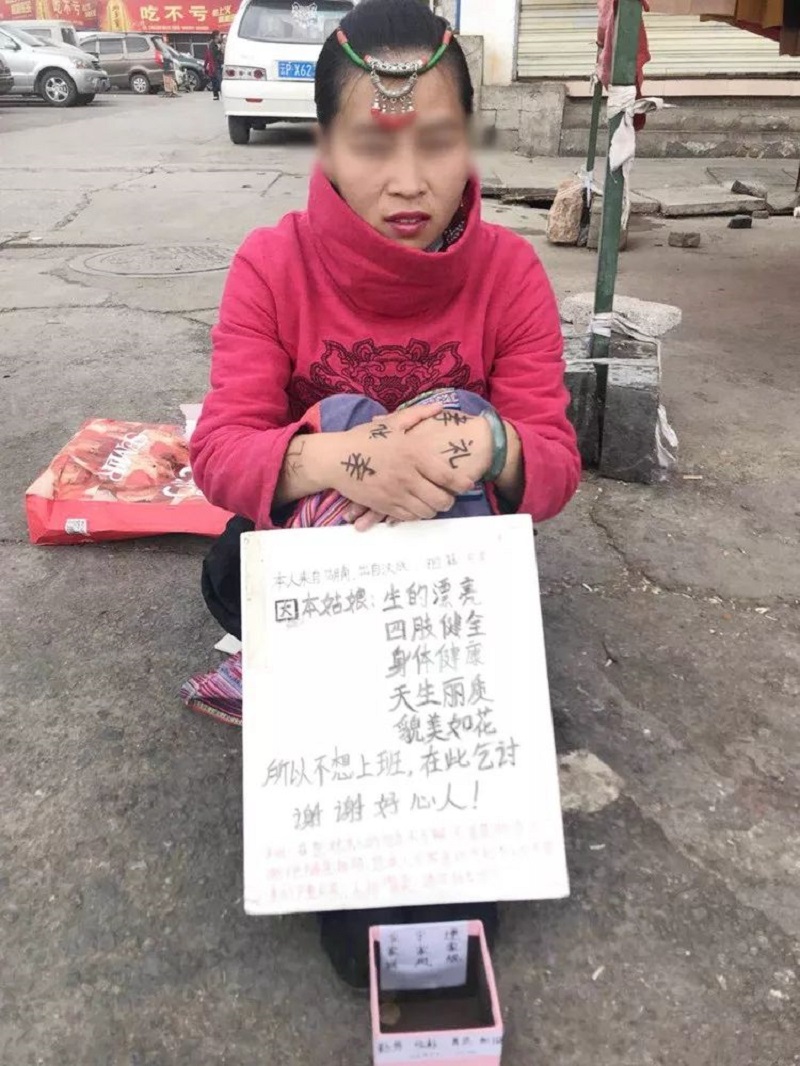 Then, she came up with an idea. “I’m from Hunan, I’m a natural beauty, able-bodied, and healthy, and I choose to beg here instead of getting a job, thank you to the kind-hearted souls,” the woman wrote on her cardboard 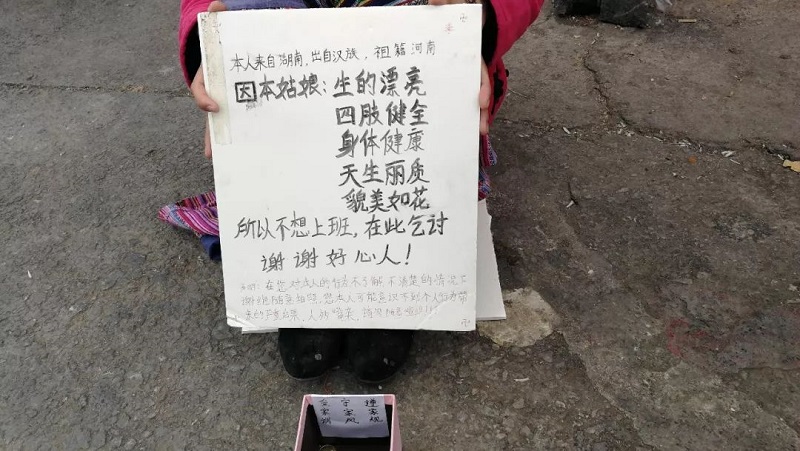 However, the netizens were not impressed with her idea at all since she is definitely young and ‘able-bodied’ rather than to resort to begging for money on the streets. Many thought that the woman should use her time to find a job rather than begging on the streets.