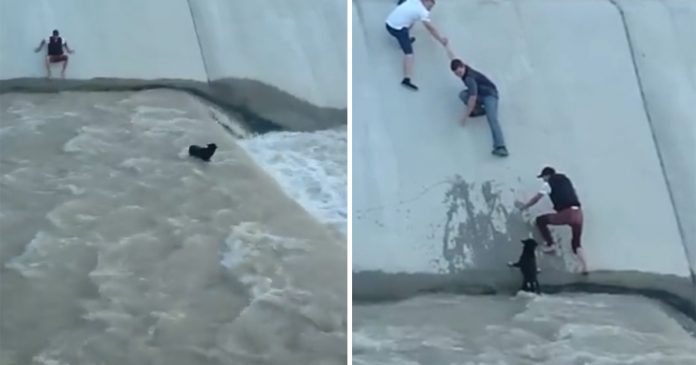 What would you do if you saw a dog trapped in a gushing reservoir and it was just inches away from getting dragged away by the strong current?

Luckily for this stray dog who fell into a reservoir in Almaty, Kazakhstan, a group of men who were walking nearby rescued it before it was dragged away to the dangerous weir. 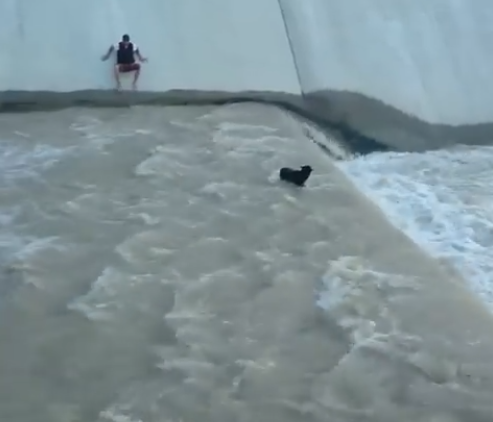 The poor dog apparently fell into the Sayran reservoir and was struggling to hold its footing in the fast-flowing current. Fortunately, a group of friends spotted it and they later staged a brave rescue to save the dog.

Watch the full footage of the courageous rescue here 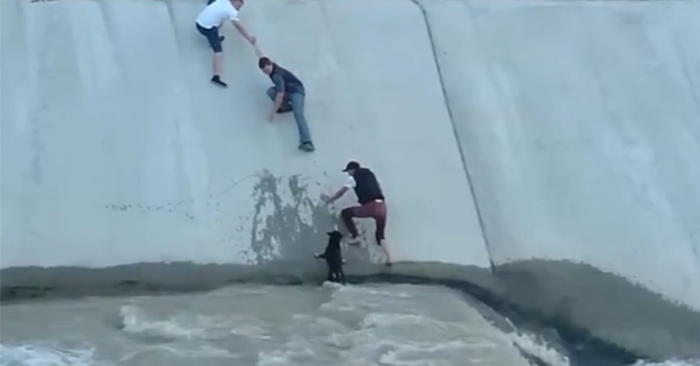 When the man successfully brought the dog to the slope, the other men then formed a chain to get the dog and their friend back to the dry land 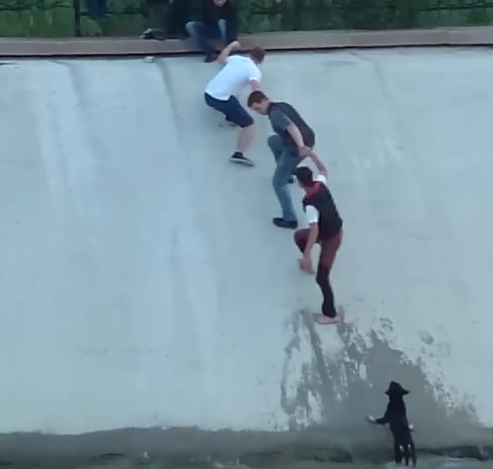 Their heroic antics will surely have you cheering along with the bystander as you watch the group pulling the dog to safety.