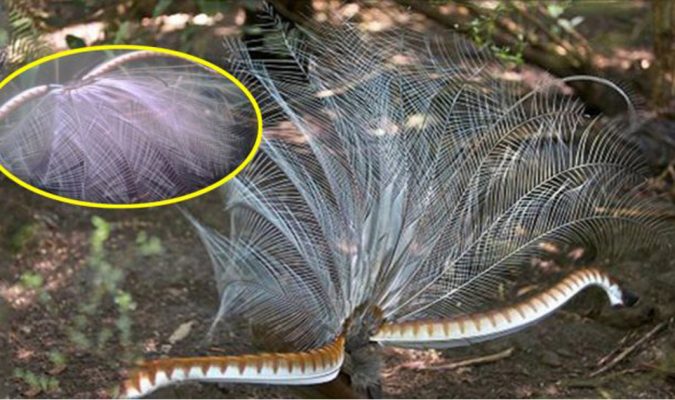 One day, a man along with his friend were jungle trekking in a tropical jungle. As they were walking around, they had encountered a strange white flower. 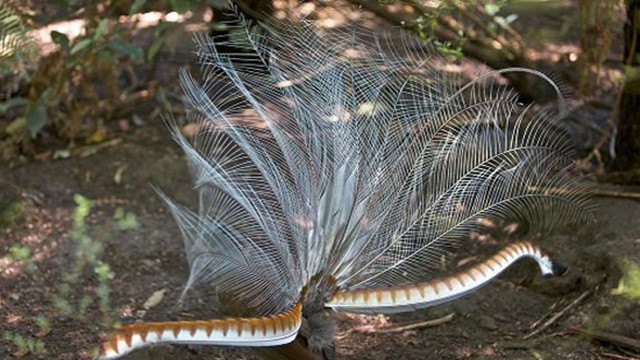 The discovery stole the attention of those two who had never seen such flowers. At high curiosity, the man decided to see the flowers more closely and touch them.

More surprisingly, as soon as the strange flowers are touched, they moved and surprised the man further which prompted the man to call his friend. Slowly, the moving flower began to reveal itself. 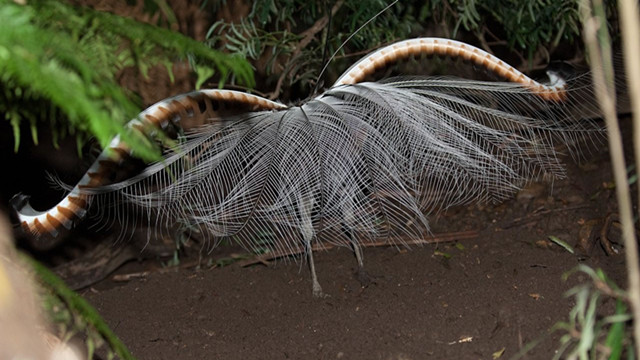 The flower head began to appear and when it saw the two men standing near it, the flowers started to fly and run away.

Who would have thought that the moving flowers were actually a bird. They then began searching for more information regarding the bird through the internet and found out that it is called ‘Lyrebird‘. 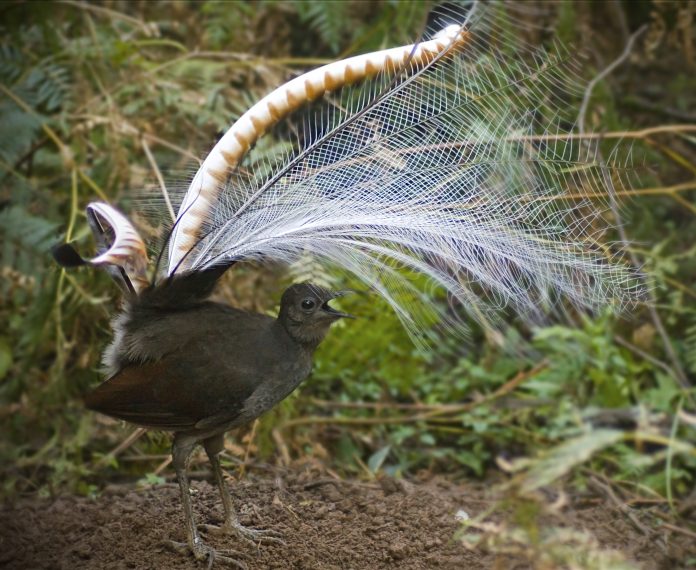 The adult male ‘Lyrebird’ has an old brown feather on its head while the back is gray colored. The lower part of the body of the bird is pale and slightly gray.

Its tail is 50-60 centimeters long known as ‘lyrates’. Overall, this bird has seven pairs of feather with the middle part longer than the other. 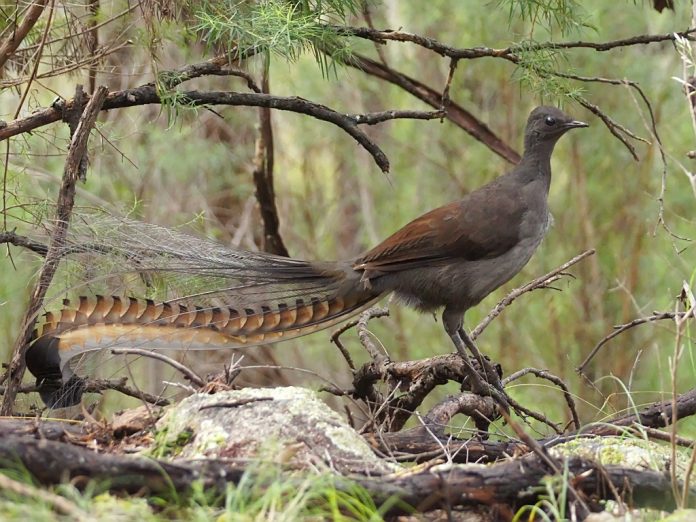 The sound produced by ‘Lyrebird’ is so unique which sounded like a car engine, a dog barking and more. It can also produce a loud, deafening and thunderous sound like a bell.

‘Lyrebird’ chooses the wet tropical rain forest as its habitat such as in Tasmania, Australia. These kinds of bird are shy and won’t reveal itself so easily. 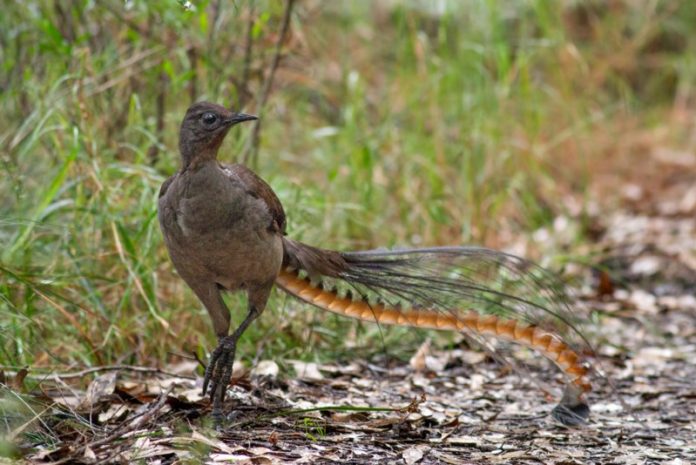 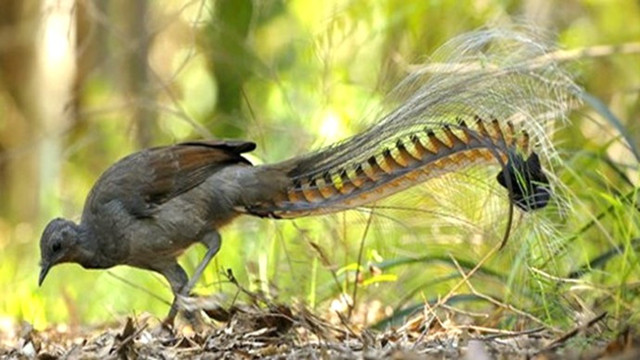 Mating season occurs around April until October and in the north from May until August. The male ‘Lyrebird’ will build a nest using foliage and twigs from plants. 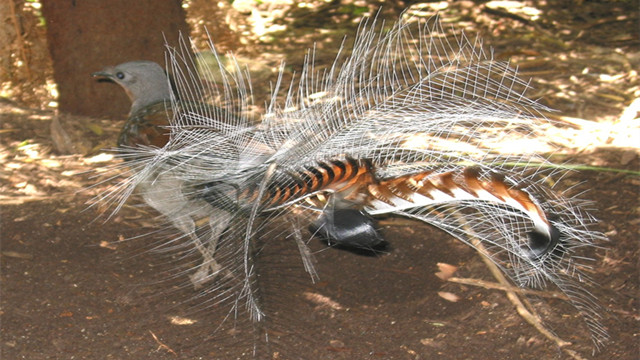 The eggs are purple and grey, and require at least six weeks to hatch. From the period of six to ten weeks, the fledgling will leave the nest but still depends on the mother for the next seven to eight months.