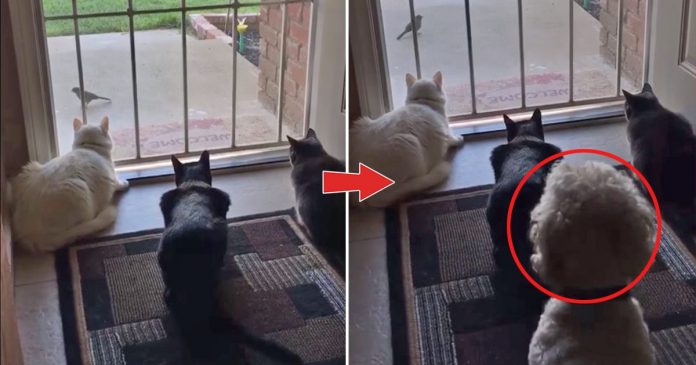 Three house cats thought that they were being stealthy and careful enough to stalk an unsuspecting bird from the inside of their house. Little did they know that a dog was eagerly anticipating from behind to give the cats the surprise of their lives! 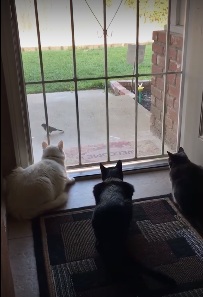 In the short video, the cats can be seen mesmerized by a little bird which was on the other side of the door. Apparently, they were so in the zone that a dog became fascinated to join in on the fun. 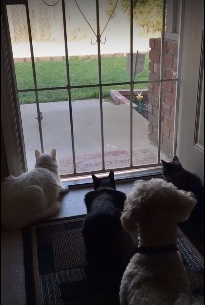 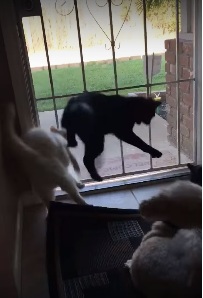 But they did not notice that he was approaching them!

The cats’ reactions upon getting scared out of their lives by the dog were just priceless! Watch the hilarious video here. We bet you will laugh out loud like their owner did too!

Hilarious Photo of a Husband Who Fainted When His Wife Has...

His kindergarten teacher asked him to bring a fish to class...