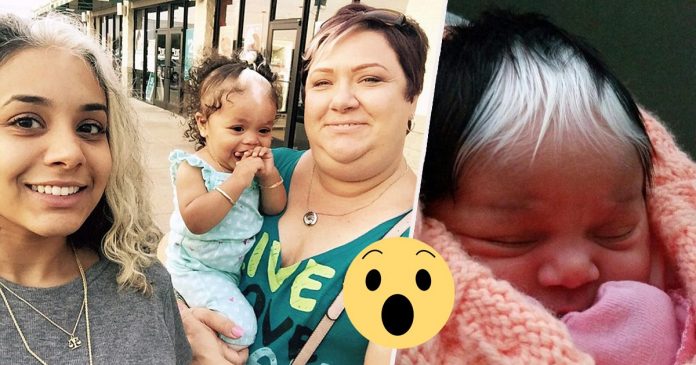 It goes without saying that every family has a trait that is passed from one generation to another. It is inevitable because children are the result of their parents passing on their genetic information to their offspring. An 18-month-old baby girl has inherited an extremely rare and unique ‘birthmark’ from her mother and she is the fourth generation of her family to have the trait. 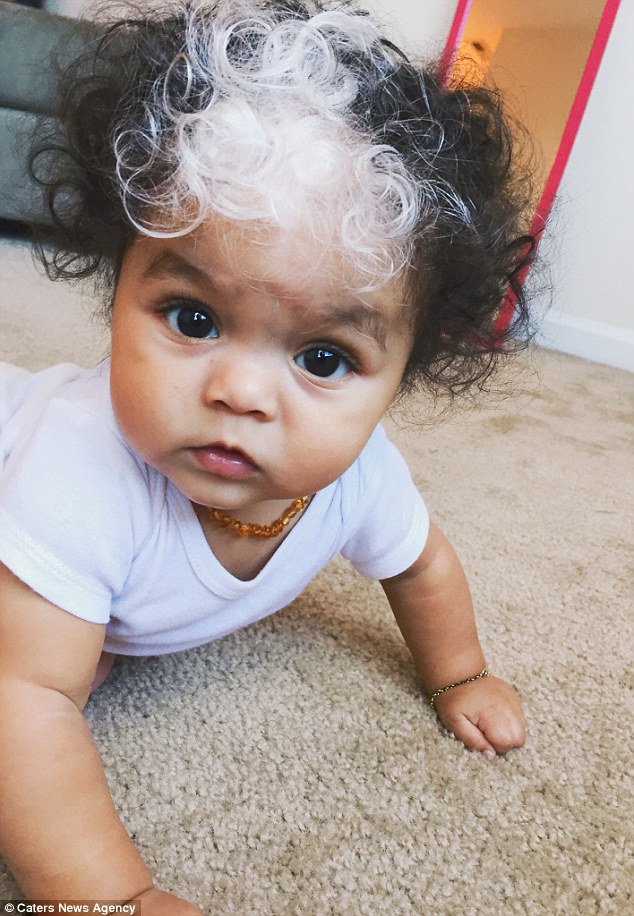 23-year-old Brianna Worthy from Ridgeland, South Carolina had recently given birth to a baby girl named MilliAnna. When her daughter was born, Brianna was extremely excited to see that she inherited a striking white steak of hair just like the one she herself had. The trait which has been passed down through four generations including MilliAnna is actually caused by poliosis. The ‘birthmark’ is due to lack of pigment in the hair shafts of the affected area.

Mother and daughter both showing off their unique family traits 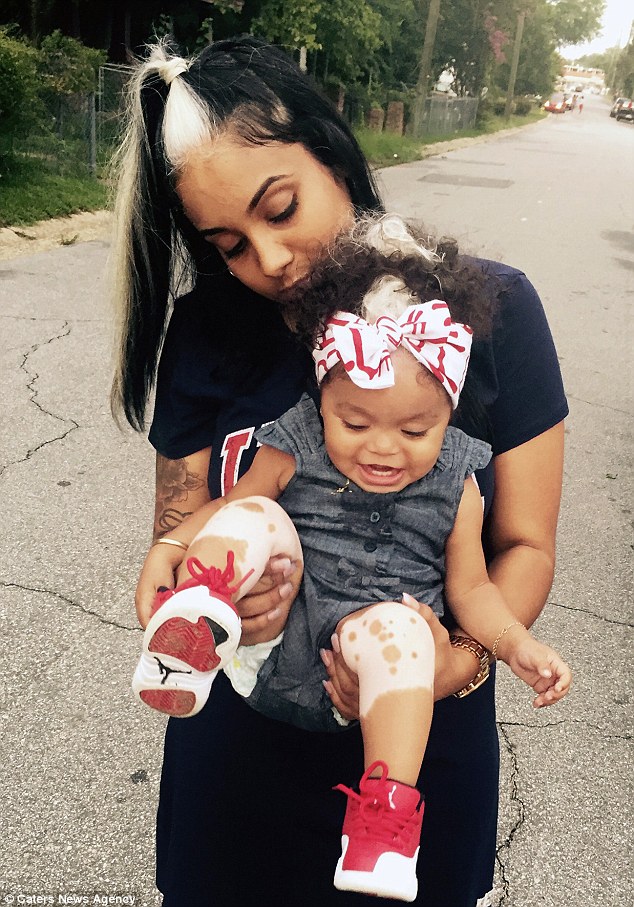 The streak of white hair can be traced through the women in MilliAnna’s family from as far back as three generations. Her mother has the trait and so does her 41-year-old grandmother Jennifer as well as her 59-year-old great-grandmother Jaonne. 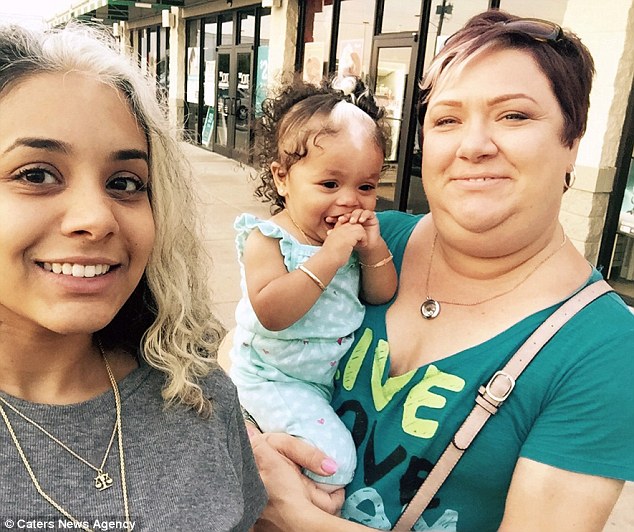 Brianna says “We are unsure how far back the birthmark goes as my grandmother was adopted as a child and hasn’t met her biological family. I was hoping she did have it. My younger sister that my mother had a few years after me didn’t get it, so I didn’t know if MilliAnna was going to but once I had her and they laid her on my chest and I saw she had it I was so happy.” 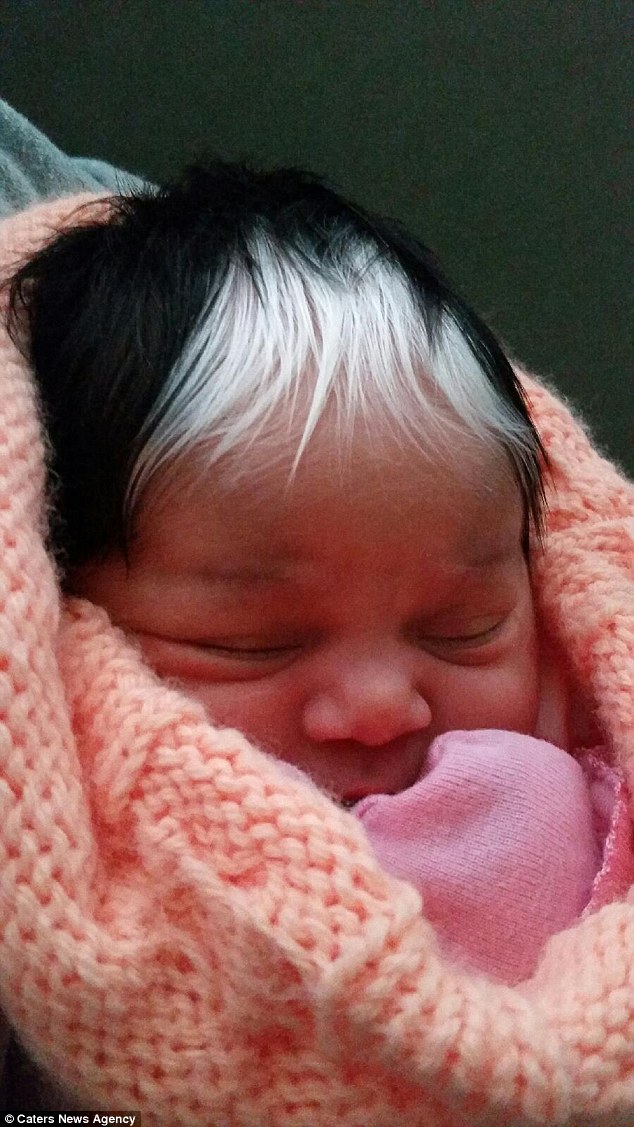 Brianna admits that they get stopped a lot when they are out going about their daily routines but not all the comments are welcomed ones. She says, “We definitely get stopped a lot while out and about on our daily routines. The majority of the time I welcome the polite comments and don’t mind answering the many questions, but honestly, it can be overwhelming at times, when I’m in a rush and just trying to do what I need and keep going.” 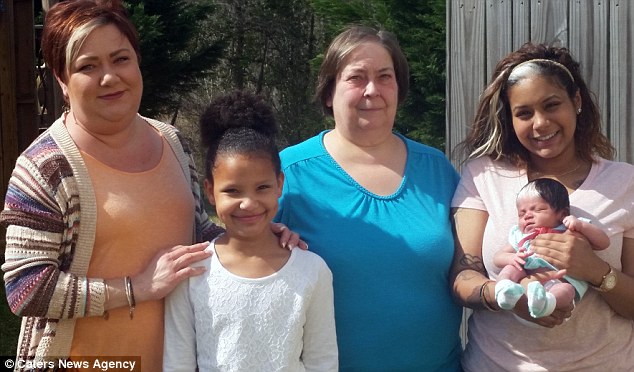 Brianna had her fair share of insults and nicknames placed on her when she was growing up because of her unique mark. She says “I had several names such as skunk that kids would try to insult me with as a child. Sometimes it would bother me when I was younger, but I grew to end up really loving it in my hair and was confident that it was my own unique signature look.” 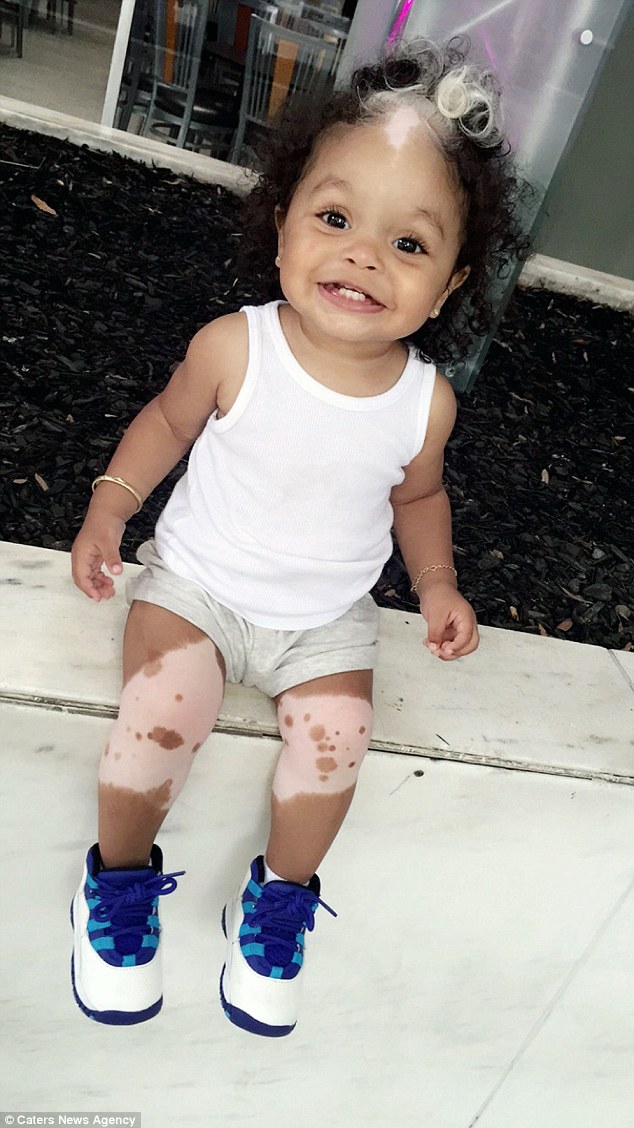 She fully embraces her family’s quirk and hopes that MilliAnna will learn to do the same as she grows up. Brianna says, “I plan to raise my daughter knowing she is beautiful and special and to not listen to people mean comments at times.”