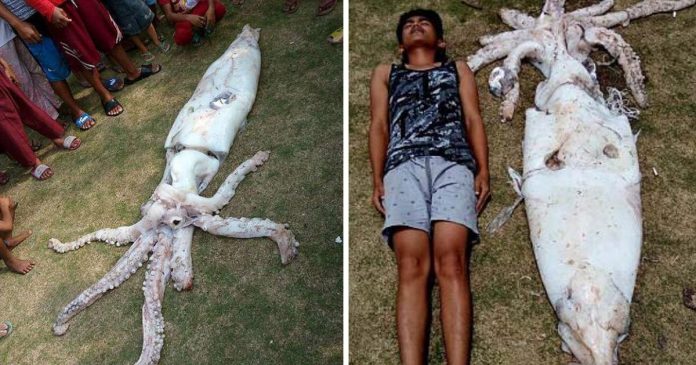 A fisherman in the Philippines was astounded when he managed to catch a giant squid measuring 8 feet in Sibutu, Tawi-tawi. His unusual catch has caught the residents’ attention who were equally shocked to see the presence of such huge aquatic life on the remote island. 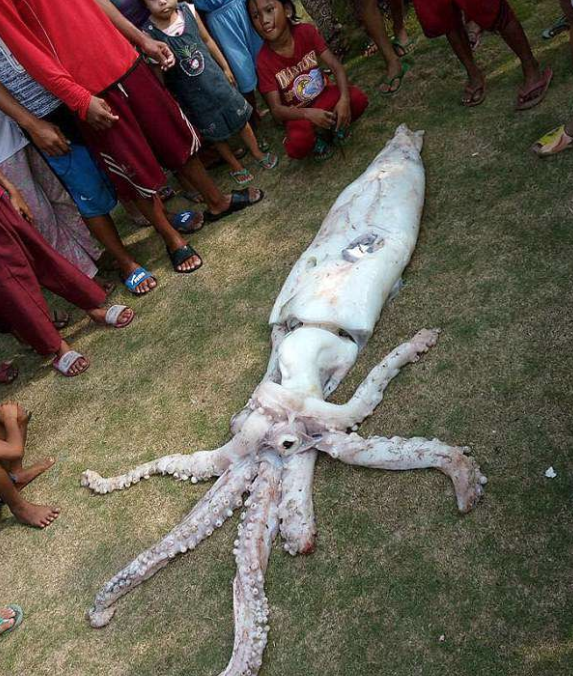 Shocked residents quickly crowded around the giant squid. Two men measured the squid with a measuring tape as it lay flat on the ground. 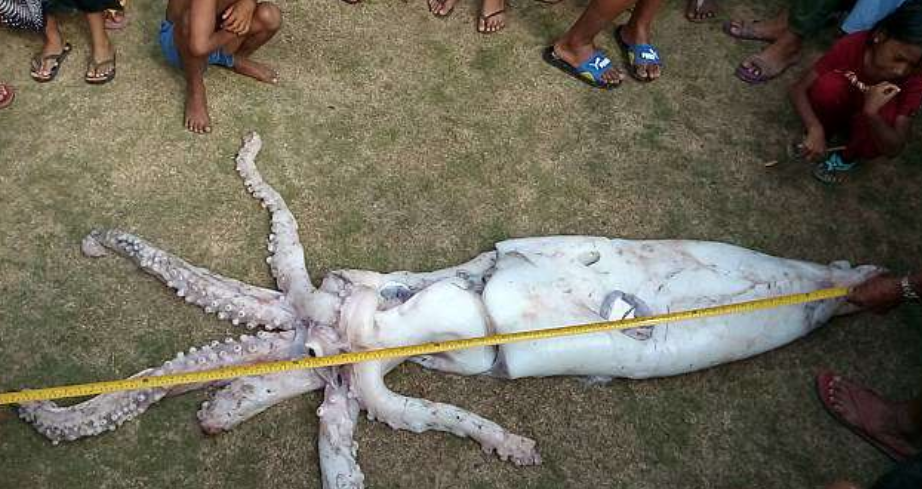 According to a local resident, Harold Eduardo Curtis, the fisherman who caught it had difficulties to bring it in to the land because of its massive size and weight.

“This is the biggest I have ever seen caught here. it looks like it is from a family of large squid, so there will be more out in the ocean of this size and maybe even bigger.” 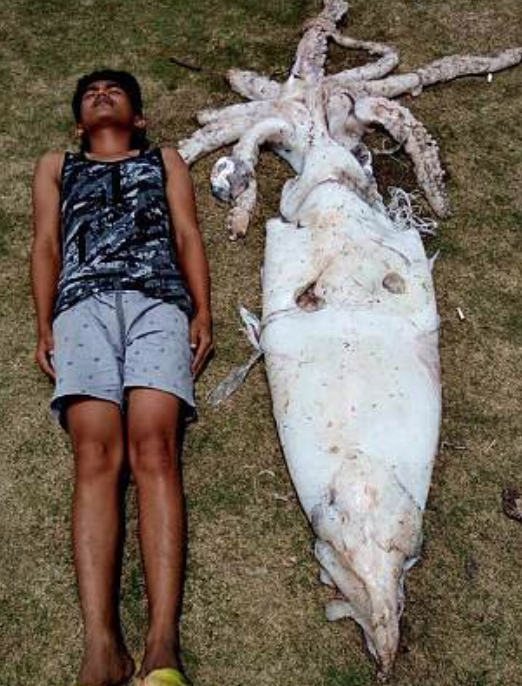 It was not long before photos and videos of the giant squid began to circulate on social media and caught netizens’ attention. Many of the netizens raised their concerns that there might be a possibility of an earthquake in the near future following the catch of the giant squid.

One comment wrote that giant squids usually dwell a few hundred metres below sea level which means that it should not be caught in the shallow waters.

Giant sea creatures being caught or washed up in the shallow waters have been linked to some of the catastrophic events across the world.

This cat is obsessed with its new feathered friend and it...