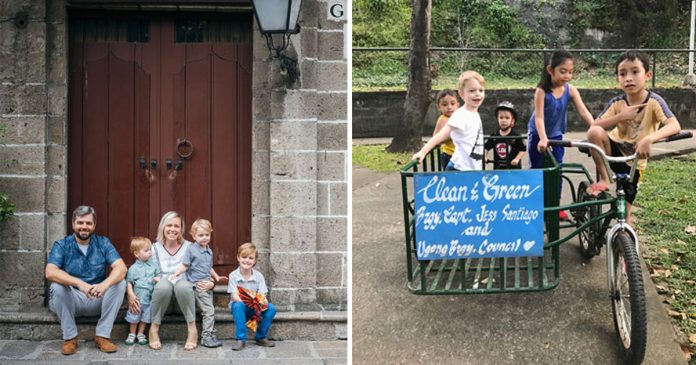 Born and raised in California, an American mother never thought that she would settle down in Manila and raise her children thousands of miles away from her hometown. Now, all of her three boys are both Filipino and American at heart and she could not be more proud of it.

Amber Folkman is a California native. She met her husband during her university years in Hawaii. After they got married, she followed her husband to move to Manila in 2009. Throughout her life, Amber never thought that she would live far away from California with her little family but her migration years tell her that it is worth it. 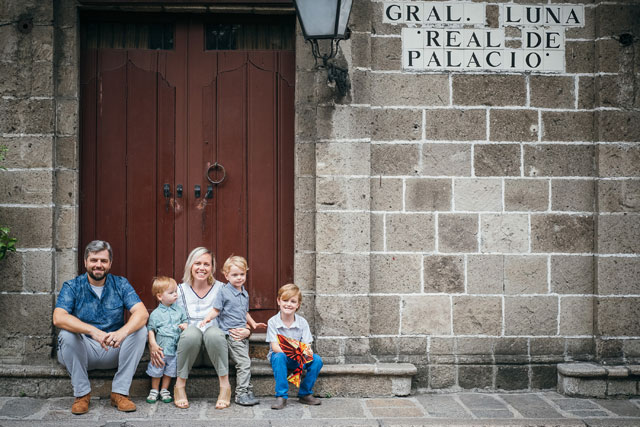 “I was raised in a small town in Northern California in the valley of two mountains. We lived an hour away from a mall and 30 minutes from our dentist. I never imagined that I would raise my boys across the world in Manila, one of the world’s most densely populated cities in South East Asia surrounded by skyscrapers and high rises.

“I cannot imagine a more opposite experience than the one I had. But that is part of the magic of living abroad.

Amber loves the fact that her boys are learning and embracing both American and Filipino values. Even though there is a huge gap between the Western and Asian cultures, Amber does not mind that her children call every elderly person with respectful addresses like ‘brother’, ‘sister’, ‘aunt’ or ‘uncle’, something that does not happen in America 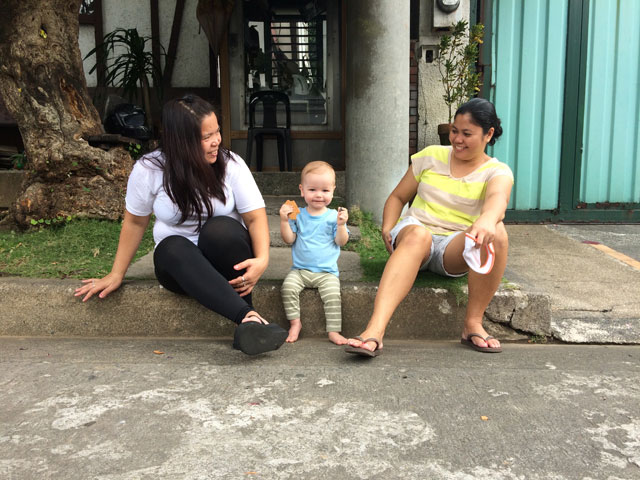 “Besides having an endless summer, the best mangoes in the world and the most fun modes of transportation, the Philippines is where my boys have learned valuable life lessons that I hope will guide them through the rest of their lives. We predominantly have an American culture in our home, but outside we embrace everything that is Filipino.

“A Filipino’s commitment to family and community is incomparable. My heart soars when I hear my sons refer to any adult as ‘Kuya’ (Brother) or ‘Ate’ (Sister) — it is so endearing. It has been such a comfort to be enveloped by neighbors, friends, and yayas (elderly females) who treat you as part of their family. Since we live so far from our relatives, this has been instrumental in our happiness and growth in Manila. My kids never want for attention because they have a doting ‘tita’ (aunt) or ‘tito’ (uncle) waiting to tickle or ‘kurot’ their cheeks at any given moment.
“The slogan “Its more fun in the Philippines” is the truth! We all get excited to hop on a jeepney or squeeze into a trike. These are experiences we would not be having anywhere else but here.

“Where else does an armed security guard joyfully gives kids high fives as they run wildly past him? These daily tasks are done with a smile and a warm greeting. Life is more fun in the Philippines because people make that choice.” 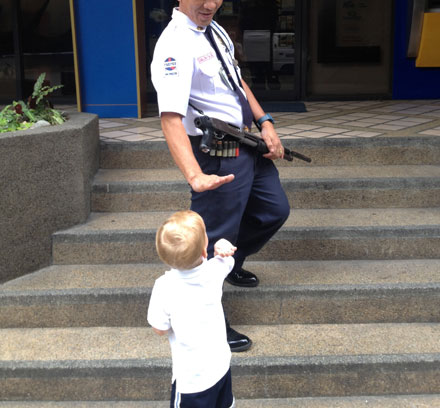 She was also surprised when her sons prefer to eat with their hands! Their favourite dish is even a local dish unlike typical children in her hometown.

“Never would have I ever thought my sons’ preferred meals would be galunggong (a type of fish) fried to a crisp with a heaping pile of rice, AND eating it with their hands, the Pinoy way! I never imagined that the Kuya of our family could switch his accent like a light switch depending on who he was communicating with (Filipino vs. non-Filipino).”

Nevertheless, she realised that there is not just only one culture or even language that is best or right for her children. Learning both American and Filipino cultures has given an advantage to her children when they easily pick up two languages in a short period of time.

“One of my most tender memories is my bunso (youngest) learning his body parts in Filipino before English. These lessons have taught us all that there is no one “right” way to live.
“May my three Pinoy boys always remember that they are world citizens and life is much bigger than one country and one culture. 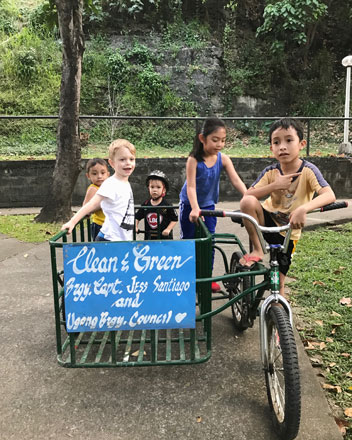 “Since my boys were born and raised in the Philippines (minus one year for my eldest son), I have declared them Fil-Am. We may not have the passport to prove it, but they have the heart of the Filipino, and they are better for it.”