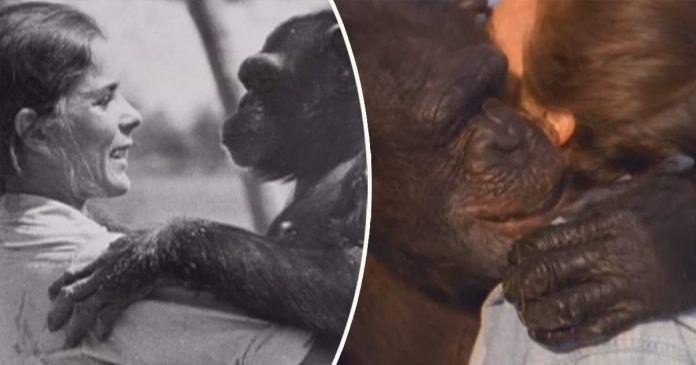 Linda Koebner is an environmental activist who feels strongly about the protection of the environment and animals. 18 years ago, Linda led a group to free six chimpanzees from an animal testing lab. The chimpanzees were no longer needed for the lab and the usual practice was to kill them when they became useless. 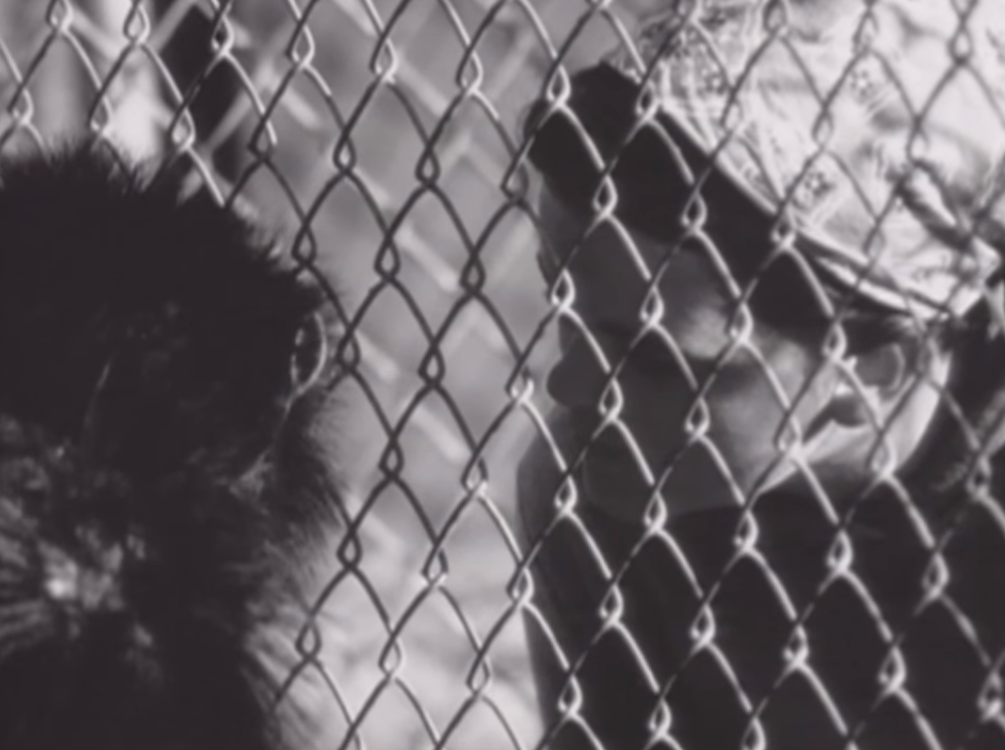 However, the problem arose when the chimpanzees who were born and raised in captivity had no experience surviving in the wild. This made it impossible for Linda to release them into the wild so she stayed with them every day for four years in a large outdoor enclosure outside Florida 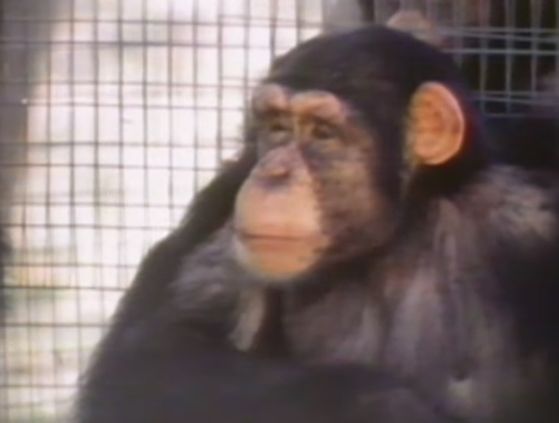 When the chimpanzees first arrived, they had to be coaxed out of the boxes as they were terrified of the unfamiliar environment.

The chimpanzees had never seen real grass, real sun nor the breeze in their face 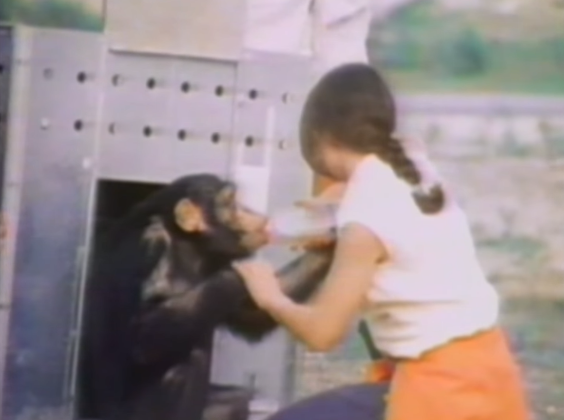 However, after a while, they began adjusting to their new life. When it was time for Linda to leave the chimpanzees, she found the parting extremely heartbreaking as they had already formed a special bond with each other. But they had to 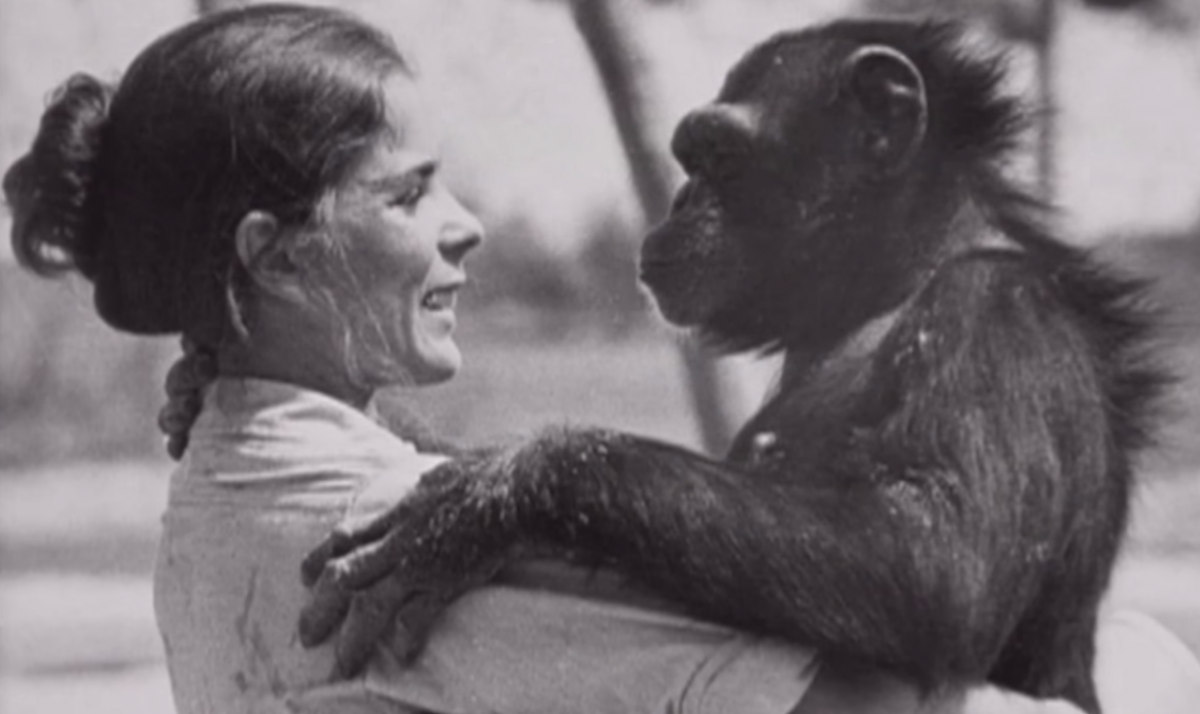 The chimpanzees managed to adapt to the new life by supporting each other after Linda was gone. They continued to multiply in numbers in the wildlife enclosure 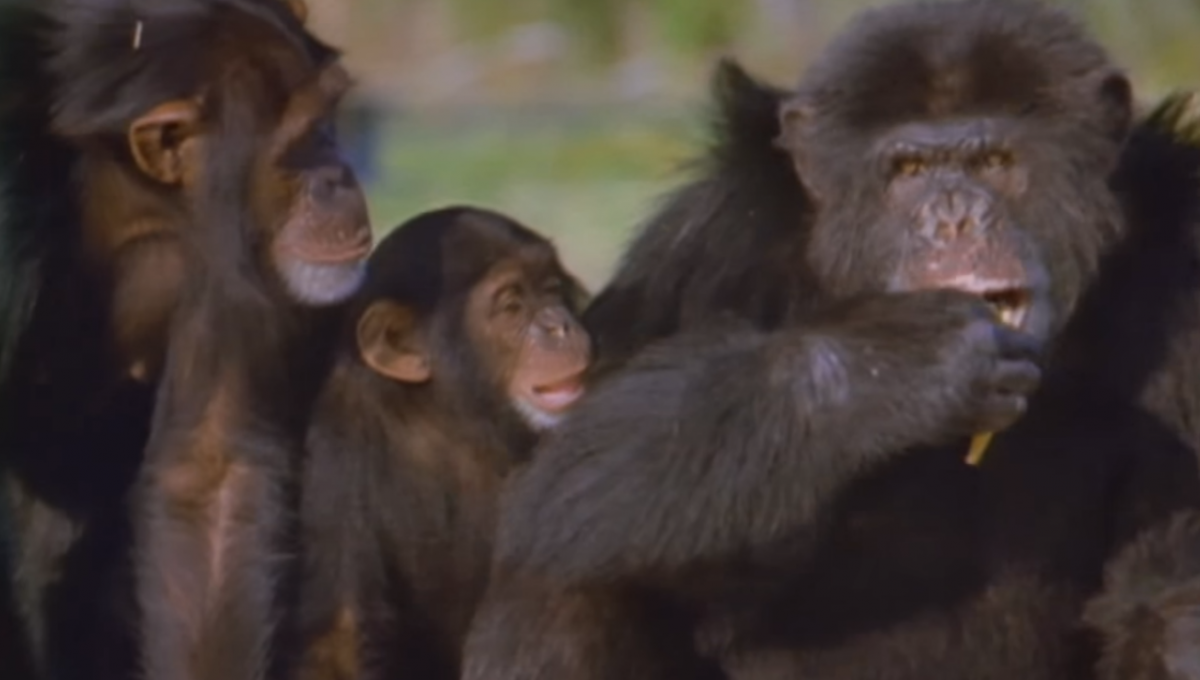 Now, 18 years later, Linda has come back to visit them. When she came to the enclosure, two of the original six chimpanzees she saved back then are still alive. As Linda approached in a boat, she called out: “Remember me?” 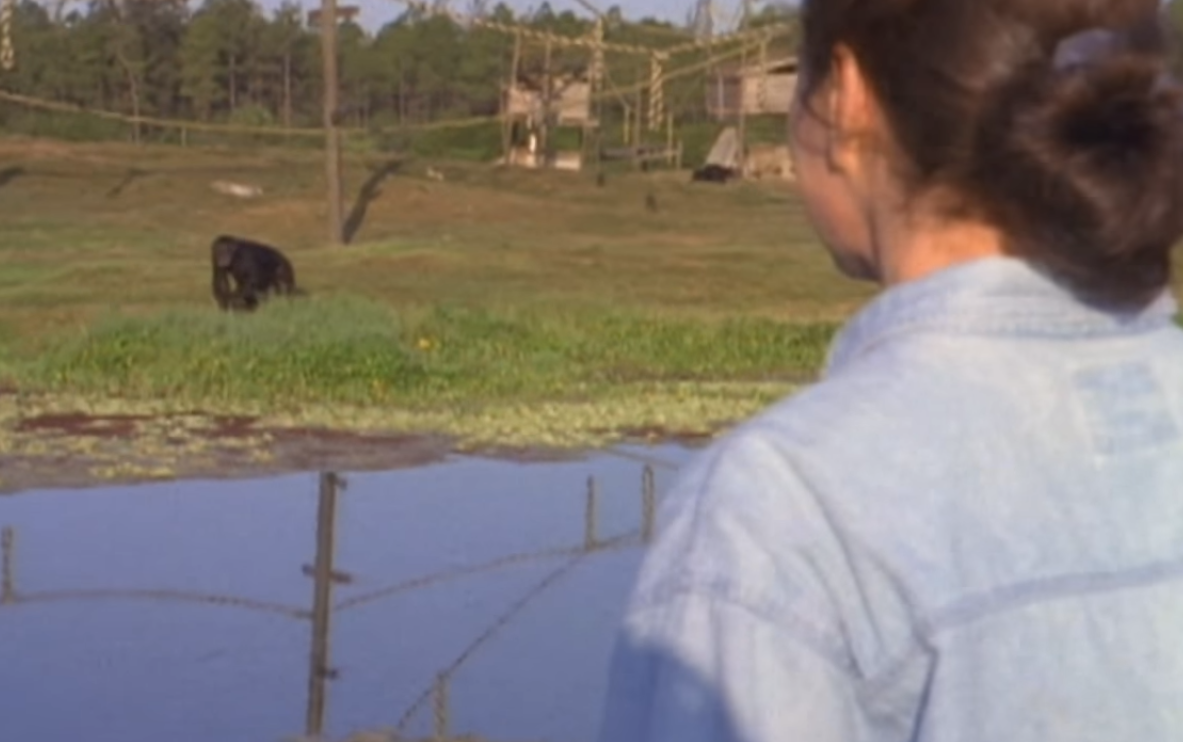 The two chimpanzees looked at her and when she arrived at the bank, the chimpanzees, Doll and Swing were totally overjoyed to see her! 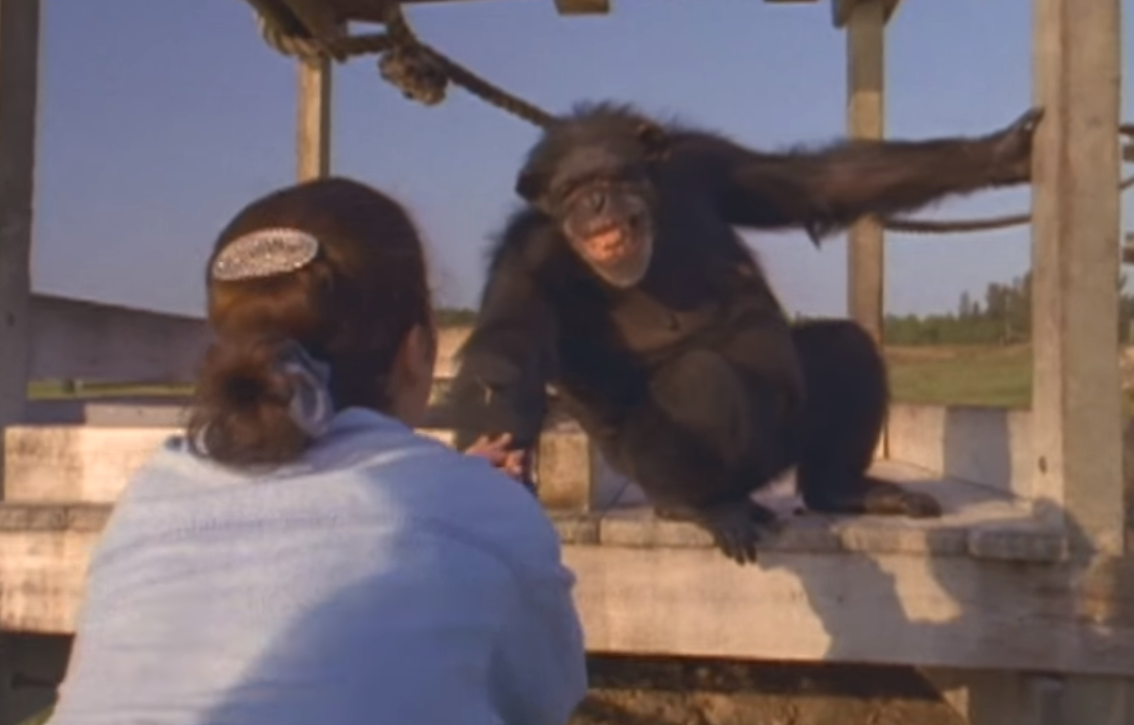 They certainly remembered her as they pulled Linda into their arms 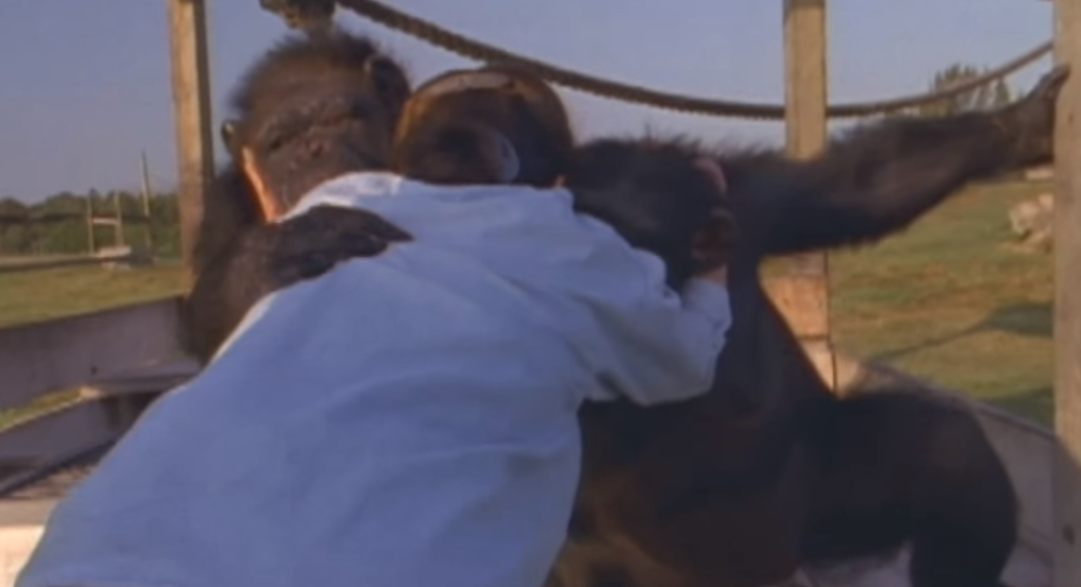 They hugged each other for a quite a while. It was definitely an emotional reunion between old friends 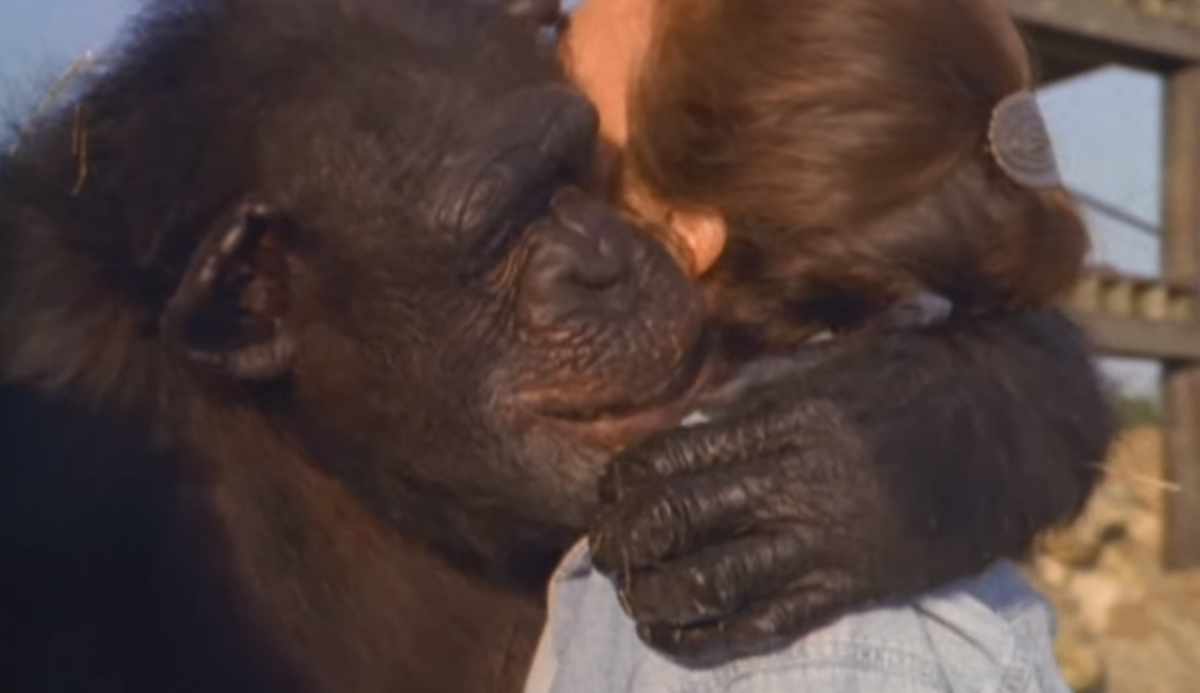 Doll showed to Linda that nothing has changed between them for the past 18 years.

Doll and Swing showed their affection towards Linda, something that they never did to anyone before this 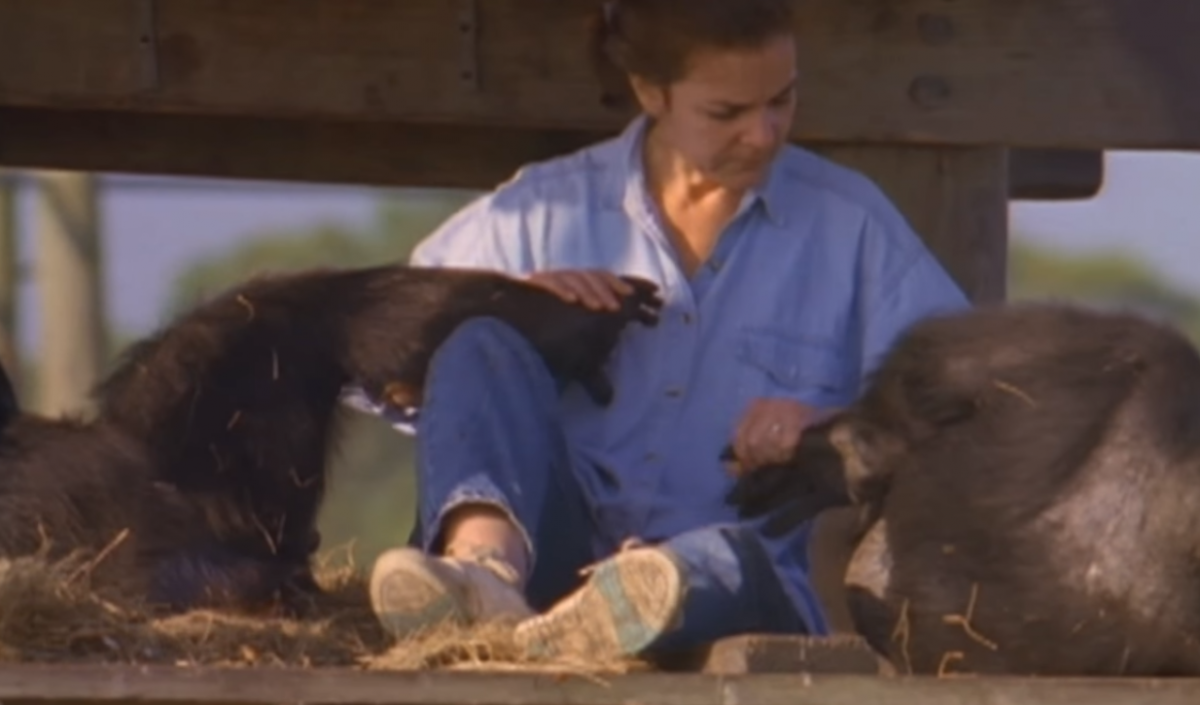 The fact that they still remembered Linda after nearly two decades shows that they definitely remembered their miserable lives in the testing lab. Luckily, they managed to escape from the unfortunate endings should they remain not rescued by Linda and her team.

In spite of being mistreated by humans in the lab, it is amazing to see how they could still trust Linda Koebner 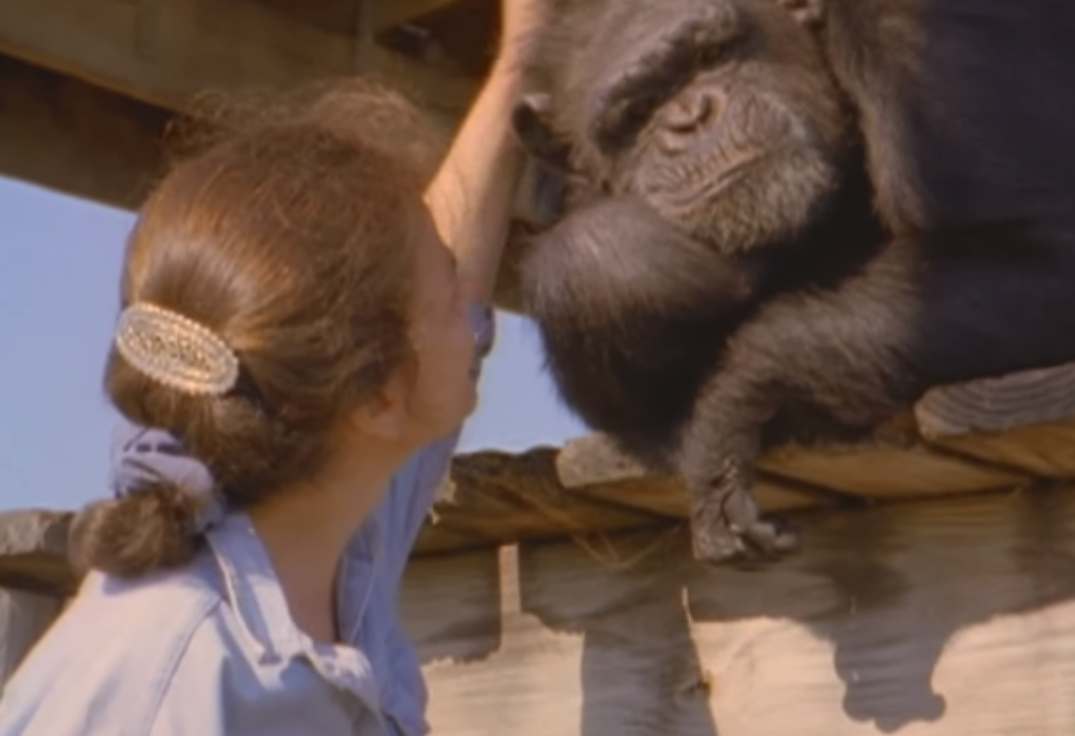 Dog abandoned by owners outside a sanctuary and the dog chased...