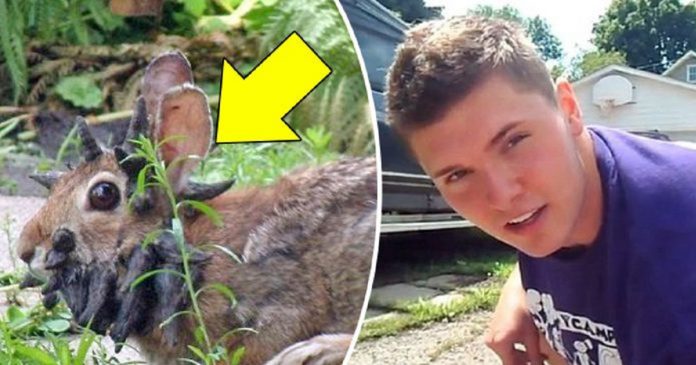 They saw it hopping around their house a few times beforehand but they never thought that it was indeed a real-life animal, not a figment of their active imagination. It was really hard to believe, even when they saw it with their own eyes but the rabbit they saw was the Frankenstein version of rabbits.

Gunnar Boettcher, a 20-year-old student at Gustavus Adolphus College in Southern Minnesota and his brother took photos and video of the bizarre-looking rabbit which seemed to have tumours growing on its head. 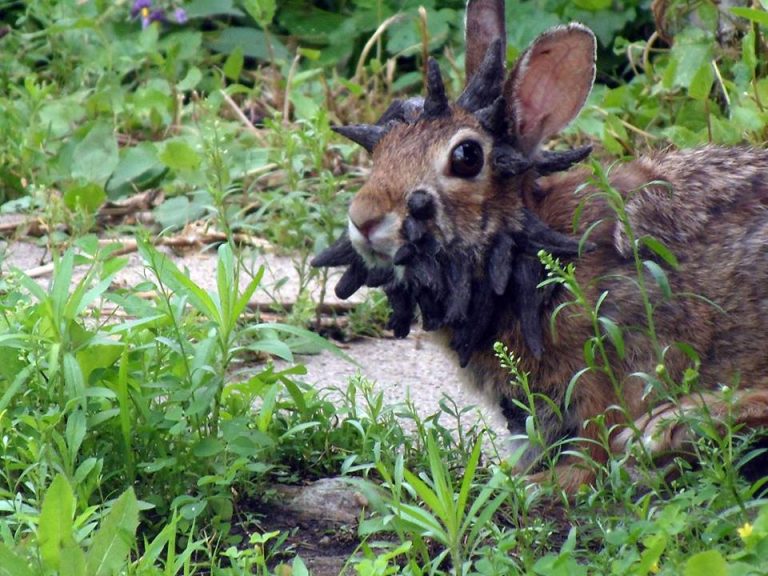 The video which Mr. Boettcher entitled “The World’s Scariest Rabbit” has attracted more than 200,000 people in just four days after they posted it on Reddit.

In the video, Mr. Boettcher also imitated the late crocodile hunter Steve Irwin by speaking in an Australian accent.

They thought that the rabbit might have papilloma, a form of skin cancer 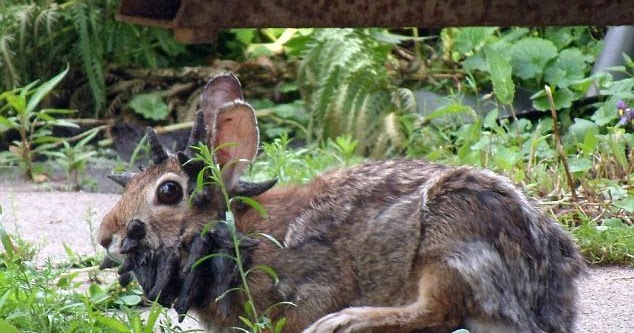 “We’ve seen it before around the house but we’ve never been able to get a close look,” Mr. Boettcher said. “But we went over to him that day and he didn’t run away like he normally does.” 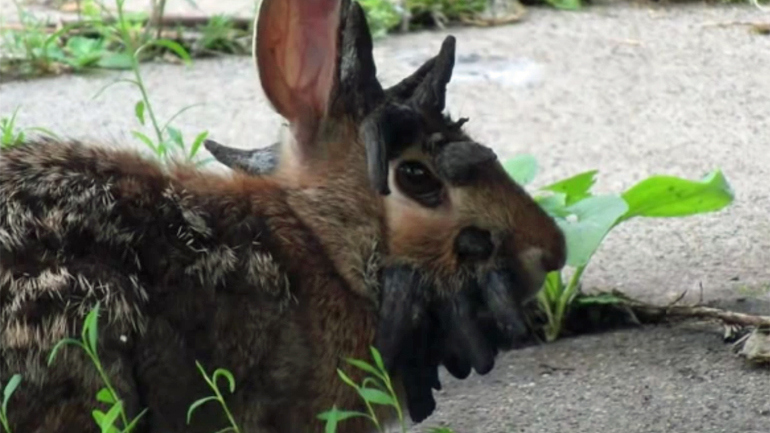 Joe Stangel, area wildlife supervisor for the state Department Natural Resources also shared the same thought as Boettcher but he explained that he had never seen the cancer to form on a rabbit’s head although it was quite a common ailment for rabbits.

It was generally a fatal ailment, as Mr. Stangel stated that the rabbit might have not many days left to survive.

Watch the video of the Frankenstein rabbit here

Cats get special birthday cake on their birthday and their reactions...

This woman does not close her back door during a storm....