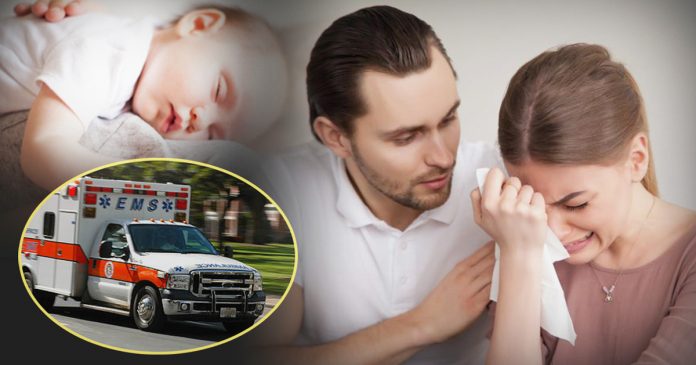 Jessie and David were high school sweet hearts and they got married the moment they graduated from college. Although they were deeply in love with one another and wanted to start a family as soon as they could, they struggled to conceive a child.

It was only after 11 years of trying that they were blessed with a healthy baby boy and he became the source of happiness for the couple.

A couple of years went by and Felix grew into a healthy toddler. Jessie had to take a break from her job in order to look after him and care for the household as the couple did not want to put their child in a nursery. One dreary morning when Felix was around two years of age, his father spotted a medicine bottle which he drank from earlier, uncapped and on the table.

“Honey, could you put the medicine bottle in the cupboard please” he hollered. He was already late for work and was rushing out the door when he said this and thought he heard a groan from his wife in reply.

Jessie did hear him but was too preoccupied in the kitchen that the matter slipped her mind as she totally forgot about it. Felix, being the inquisitive toddler that he was, saw the opened bottle and picked it up. He was fascinated with the deep blue color of it and proceeded to drink the whole bottle.

From the kitchen Jessie heard a loud thud and rushed to where her child was, only to be greeted with him having spasms on the floor of their living room.

She scrambled to her knees beside her son and with shaky hands, swiftly called an ambulance. She screamed at the top of her lungs incoherently.

“Please! My son, he collapsed, I don’t know what’s happening to him,” she told them where they lived and they showed up at her doorstep as soon as they could.

On the way to the hospital though, Felix’s heart beat for the last time as the doctors tried to resuscitate him but to no avail. Jessie could only hold her lifeless boy’s body close to her as she wept uncontrollably and prayed for a miracle to bring him back to life.

She rocked back and forth holding Felix chanting “My boy, my poor, sweet, innocent boy” and “He didn’t deserve this” over and over again

They laid him on a bed once they reached the hospital and she sat staring at her angelic boy’s face. It looked like he was only sleeping. David arrived shortly after, looking distraught as he slowly approached the hospital bed. He went numb and thought back to the medicine bottle and how he had told his wife to put it away.

Their eyes met and they just stared unblinkingly at each other for what seemed like an eternity. Both of them felt like a chunk of their lives was ripped from them because of their carelessness.

Jessie thought that David would blame her for her careless mistake and caused the death of their beloved son.

“Honey…” he said softly, almost as if he had whispered it to himself.

“It’s my fault too.  Don’t blame yourself. We will go through this hardship together,” said David.

Both were equally to blame for their child’s death but instead of blaming each other David only walked over to the bed.

He went to his wife and hold her tight and they embraced, warm tears streamed from both the boy’s parent as they sat there in silence, grieving over their son. Felix was gone and he could not be brought back to life no matter how hard they wished it to be so. They both lost their only child and knew that getting angry and blaming each other was in no way going to help the situation.

Often times we always ask ourselves who is to blame, whether it is in a relationship or doing a job with people we know and we miss out on the warmth of human relationships that we could receive by giving each other support.

Therefore let go of all your envies, jealousies, unwillingness to forgive, selfishness and fears so that you will notice that things are not actually as difficult as you think. Most importantly, always treasure what you have. Don’t multiply pain, anguish and suffering by holding onto forgiveness and compassion.