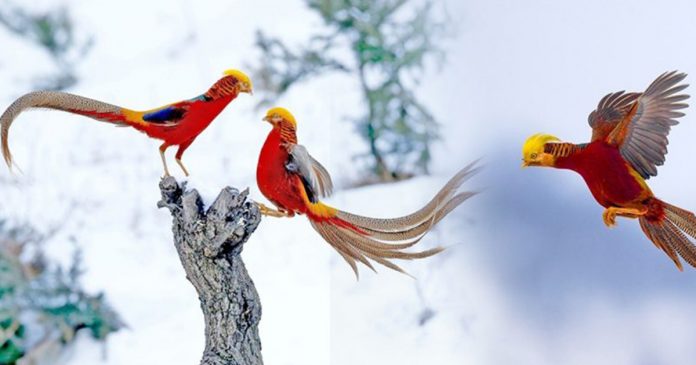 In a small far away village located just 1 km outside the South Gate of Ganshan National Forest Park in Sanmenxia City, Henan Province, China, lived four families. The village, though quite secluded, has become a very popular tourist attraction spot.

Many tourist from all around the world that traveled to China would choose to visit the village just to see one thing — the rare ‘Red Phoenix’ bird. The ‘Red Phoenix’ or rather known as the Golden Pheasant attracted a lot of photographers and bird lovers as well, as they hoped to get a picture of its majestic appearance.

A group of red pheasants looking for food during the winter 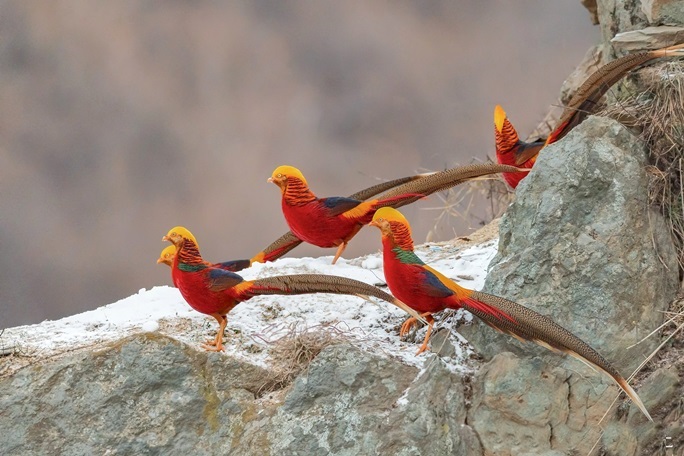 The bird is a very special type of bird in China. It is termed as the noblest bird thus, earning its status as a protected wildlife in China. The most distinguished feature is the golden crest which made the bird very unique for its species. The thin and long golden feathers that covered its head until the neck portrayed its impressive appearance.

During the mating season, both male and female birds would flock together to entertain and attract themselves. They would dance, play, show off their unique body colors, flap their wings, and even show off their beautiful tail. When a male and female bird started to mate, the male would constantly shake its long tail. The radiant and multitudes of colors on the Red Phoenix is a beautiful and pleasant sight to watch.

The mating between male and female Red Phoenix 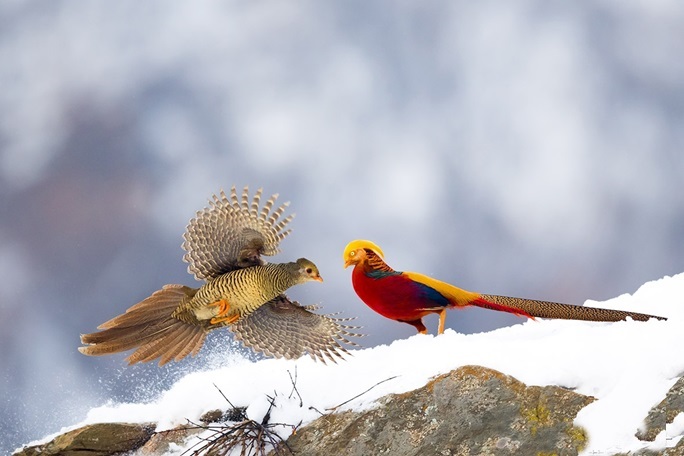 The male, known as roosters normally have vibrant colors with a golden colored head. Its upper body is dark green with a combination of gold feathers. Behind their neck is orange and it is attached to wings that is lined with black colored feathers. Its lower body is red and its tail is black with golden colored spots.

The female or the hens on the other hand has dark brown head and neck. 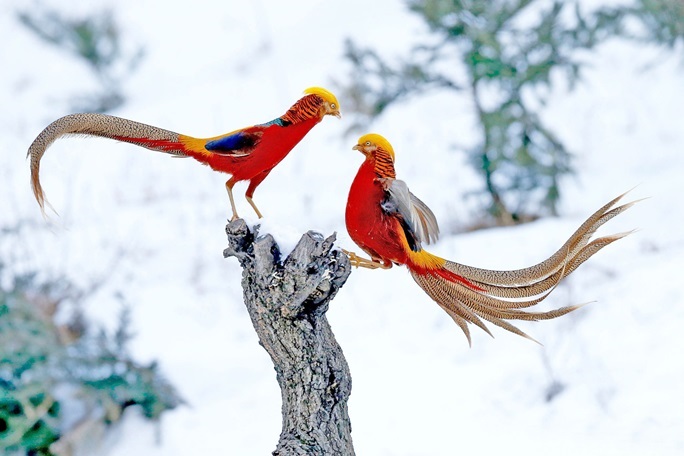 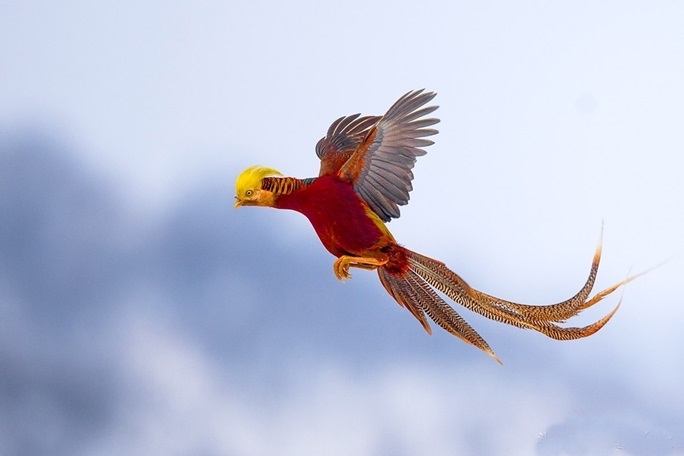 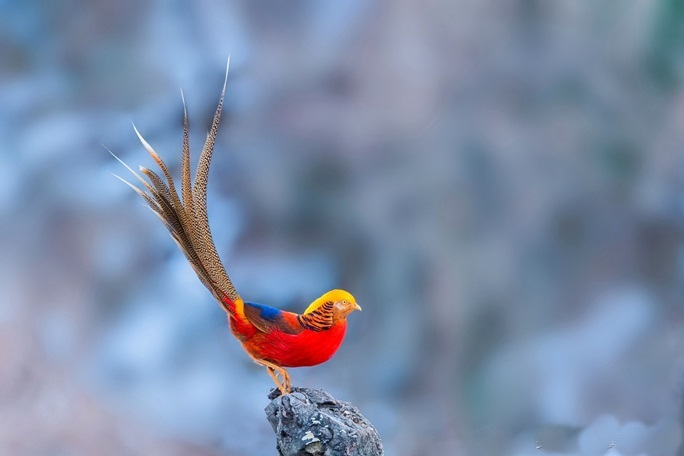 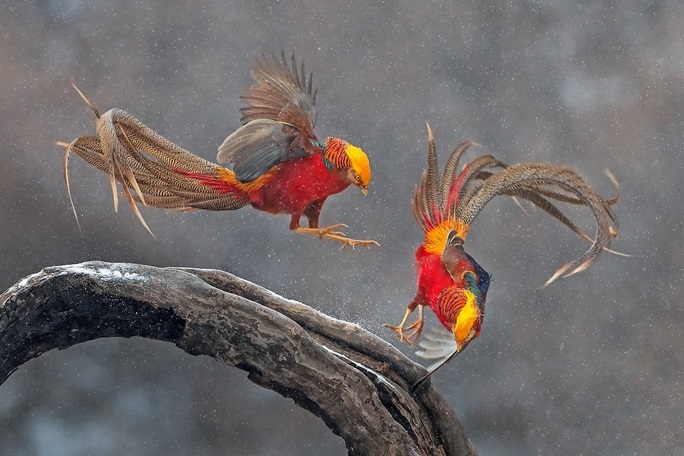 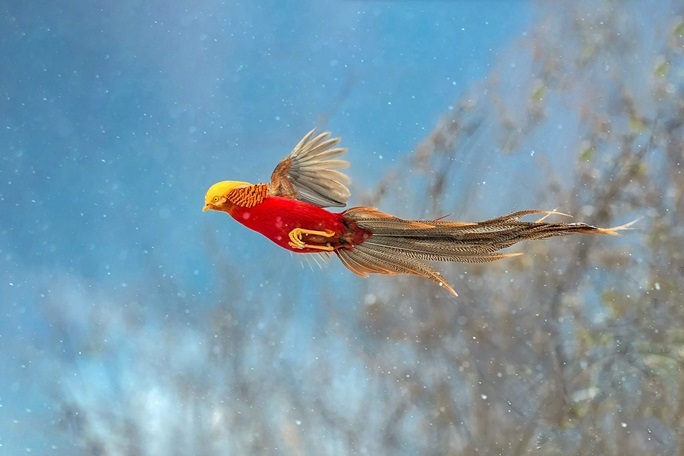 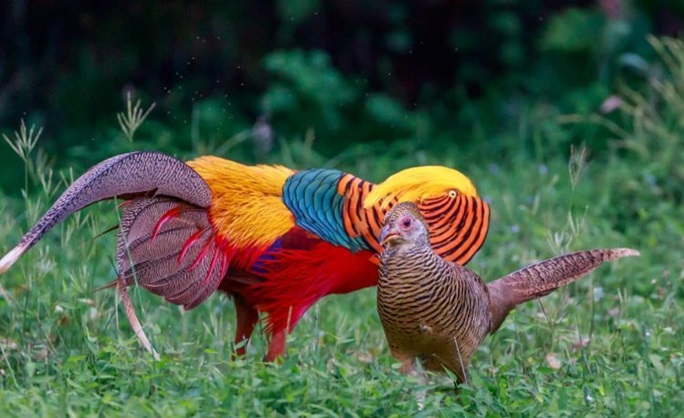 When the rooster is ready to mate, it will display its gorgeous feathers. Its appearance would look even more colorful and elegant when it started to spread out its feathers. The perfect combination of colors: red, orange, yellow, green, blue and purple are especially dazzling and amazing.

It is a famous ornamental bird in China and many countries. Due to its majestic appearance, many people especially royals love to keep them. It was later included in China’s ‘Red Data Book of Endangered Animals’ to help protect and preserve its population.

The birds are captured by poachers to be sold on the black market. 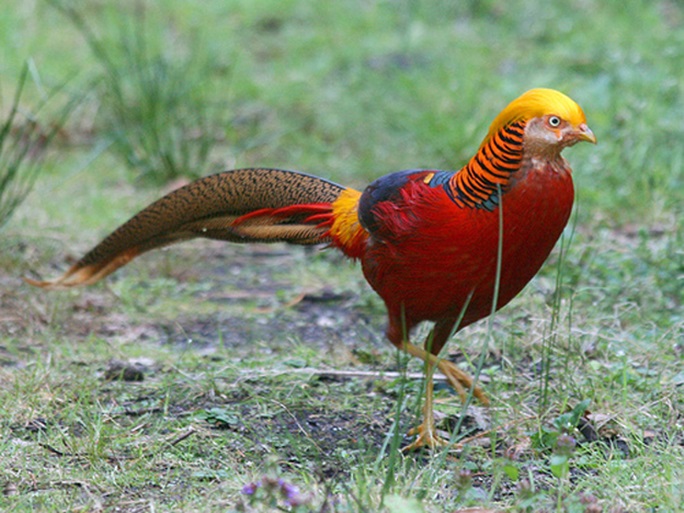 For several years the environmental quality in Ganshan National forest Park has been improving. With the local authorities’ care and concern for these Golden Pheasants, their numbers are slowly increasing. Previously, there were only a few dozen birds sighted in the village. Now the numbers have exceeded a few hundred.

Photographers love to take beautiful photographs of the ‘Red Phoenix’ 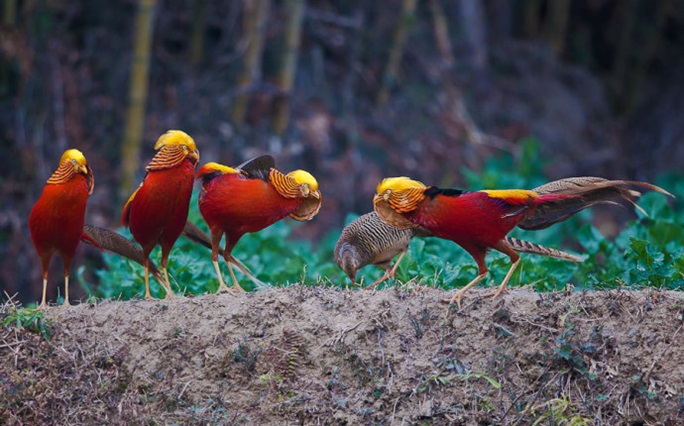 The population of the golden pheasants were relatively large. Its main habitat can be found in mountainous forests of Western and Central China.

Two ‘golden roosters’ are standing proudly on a tree branch 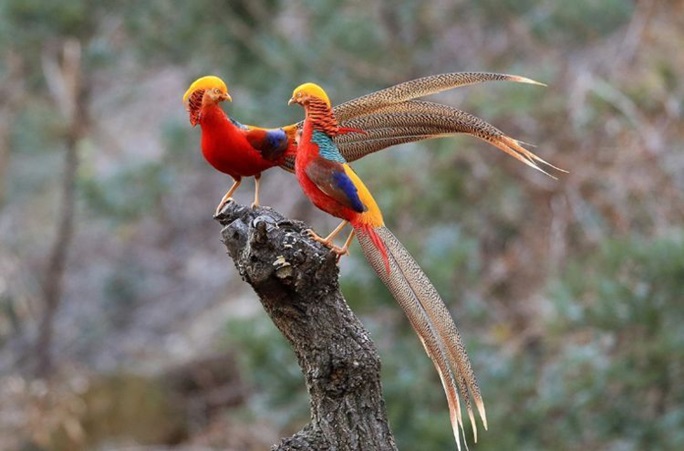 The male’s head feathers are long thus forming a golden crown that covers until the back of its neck. 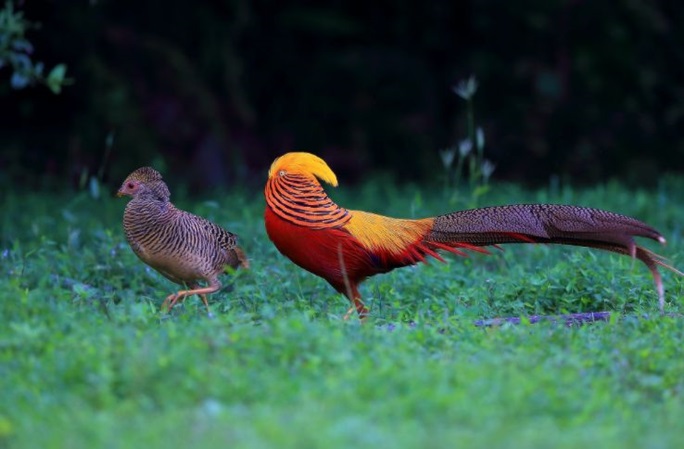 Golden pheasants are constantly on alert. They are very timid and shy which is why it is very hard to get a perfect picture of the bird. Professional photographers would have to find a suitable spot and correctly time their shot.

79yo diver and fish are good friends after he saved it...