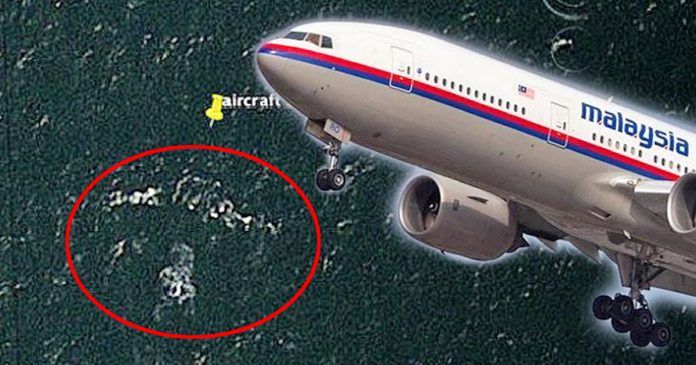 On March 8, 2014, the world was shocked by the sudden disappearance of Malaysian Airlines flight MH370. The flight, carrying a total of 239 passengers was en route from Kuala Lumpur to Beijing when it suddenly vanished above the Indian Ocean.

The search, which involved China, Malaysia, and Australia is considered one of the biggest surface and underwater searches in aviation history costing around  £120 million. Despite tireless efforts to locate the plane, it was never found and the search ended on January 2017.

Now, four years later, an Australian mechanical engineer, Peter McMahon claims to have tracked down the missing airline after analyzing images from NASA and Google Earth. McMahon, who has worked on crash investigations for over 25 years stated that the plane is located 16 km south of Round Island, which is 22.5 km north of Mauritius, in an area of the ocean that has not been searched before.

Snapshots from google earth found one of the images seems to be the outline of an aircraft that can be seen just below the water’s surface while another image showed what looks to be the front end of a plane and a cabin section.

McMahon has sent his findings to the Australian Transport and Safety Bureau which later confirmed that it could be the missing aircraft.

However, US officials have reportedly instructed them to stick to their assigned area of the Indian Ocean. “Four Americans were sent to Australia to oversee the findings of MH370.

They have made sure that all information received has been hidden from the public, even our government – but why?” said McMahon.

The images were sent to the Australian Transport and Safety Bureau.

They confirmed that it could be the missing plane

McMahon has also made an astonishing claim stating that the officials “do not want it found as it’s full of bullet holes, finding it will only open another inquiry,”.

Ghyslain Wattrelos, who lost his wife and two children in the tragedy, also believed the plane was shot down. He suspected that countries like Vietnam, Malaysia and Thailand could be withholding vital information. “All the military from these countries have seen the plane, if we believe that version. Why are they silent?” said Wattrelos.

As of today, no concrete evidence has been uncovered from the latest search operation. So far, only three confirmed fragments of MH370 have been found on the western shores of the Indian Ocean which includes a two-metre wing component known as a flaperon.

A Couple from Ukraine Marries in the Middle of Battle Between...