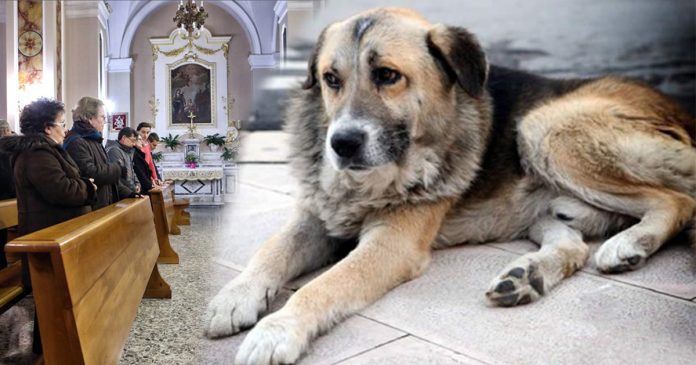 In an Italian church, there is an uninvited guest who would attend the church’s daily mass prayers. At first, everyone was very curious with the stray German Shepherd and was afraid that the dog would disturb the praying process but surprisingly, it did not! It just sat quietly listening to the prayer. Its bizarre behaviour got everyone thinking: “Why would this stray dog want to attend the church’s daily prayers?” 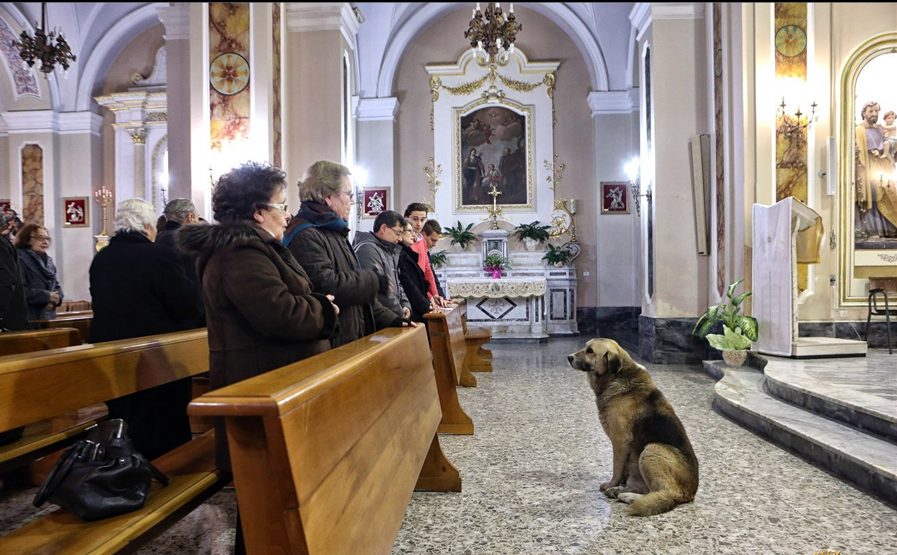 When they knew the reason, everyone wept quietly. Since then, no one wanted to drive the dog away from the prayer hall.

According to the locals, the stray dog has a name. It is called Tommy. The reason the dog goes to church every day, especially during prayer time, is to mourn over its owner, Maria Margherita Lochi who had passed away. What more heartbreaking is the church is the last place he saw his late owner where her funeral had taken place.

He comes to church every day, possibly praying and hoping for his owner to return back to life 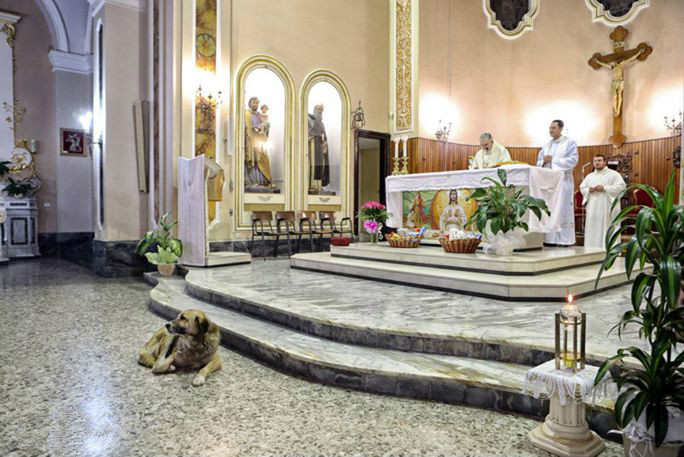 Tommy was once a sad stray dog when Maria found him. She then adopted him and soon, Tommy became a part of her family. Maria was a very kind person and she loved dogs very much. She would adopt stray dogs and give them a home but amongst all the strays that Maria had adopted, she loved Tommy the most. She would take Tommy out for a walk every day and they also attended church together.

It would wait quietly for its owner every time, just waiting patiently for Maria to finish her service so they could go home together

Unfortunately, their happiness had to come to an end. The 57-year-old Maria passed away and her funeral was held in the church where she was often seen praying.

Two months later, Tommy started to come to the church every day. Just like he used to do when Maria was still alive, he would quietly stay in every ritual. The loyal dog seems to look forward to the prayer with his sad eyes, revealing his infinite affection and sadness buried deep in his heart.

The priest said that: “Tommy is very punctual and also well-behaved. It never gives any trouble. When the church holds a baptism or funeral, it would sit quietly with everyone for the service to finish. If Tommy is late, the priest would wait until Tommy arrives before he starts the service” 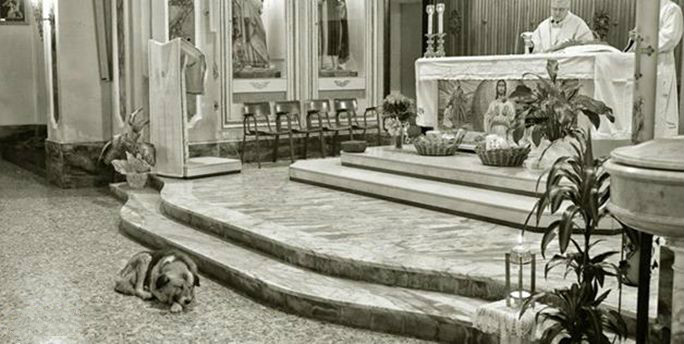 Every time after praying, the dog would put on a sad expression and it breaks the heart of every churchgoer. They thought that it would be best for Tommy to be adopted by a new owner and still be allowed to go to the church on a daily basis.

Everyone treats Tommy as their good friend, look after him, pat him and even play with him. Everyone knows that by allowing Tommy to continue his routine, it might one day meet up with its master. Who knows it might cheer him up. No one is willing to break Tommy’s sad wish.

Master, where did you go? Every day, I am waiting for you to return!

I will wait until you return to my side! 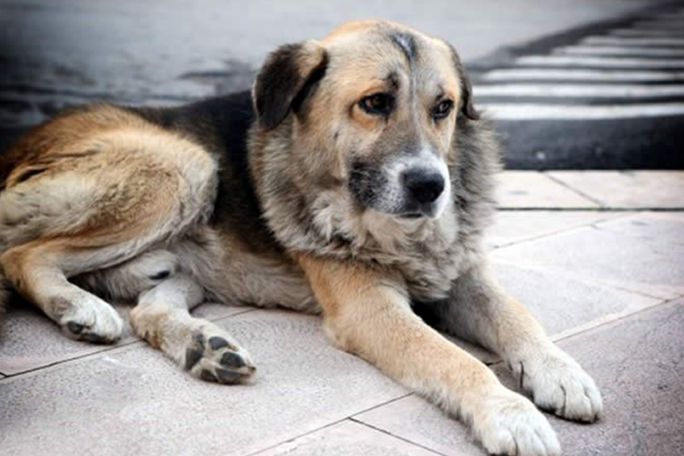 It is very touching to see how loyal and unconditional his love is towards his late owner. We hope that Tommy could reunite with his owner for good one day.