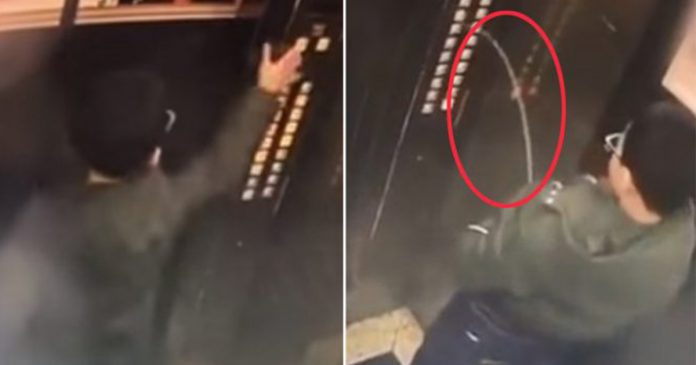 Every year, there are thousands of public and private properties get damaged due to vandalism. There seems to be no definite solution to this never-ending malicious behaviour and this is shown by a recent case of vandalism in China where a boy gets trapped in a lift because of his unbelievably shocking act.

According to local media, the boy from Chongqing, China enters the empty lift inside a block of flats on February 23.

Just a few moments later, the boy presses a floor button, unzips his fly and then aims his pee at the entire panel of the lift fixtures! 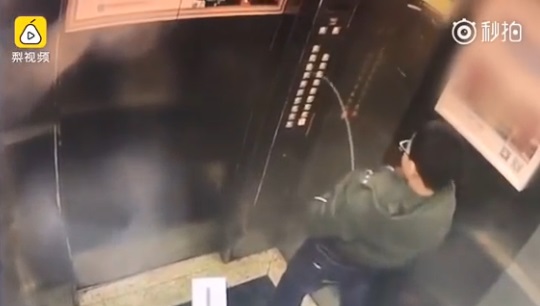 After he is done, the boy then zips up his fly and waits for the lift to reach his floor 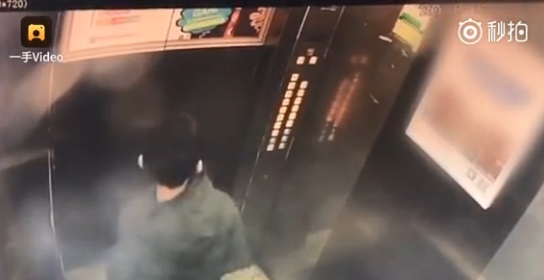 Unfortunately, his urine apparently plays havoc with the lift. Just as the lift door opens a small gap, it immediately shuts close right after.

In the meantime, the buttons on the fixtures begin flashing for a brief moment.

Seconds later, the light inside of the lift suddenly went out and frightens the panicked boy 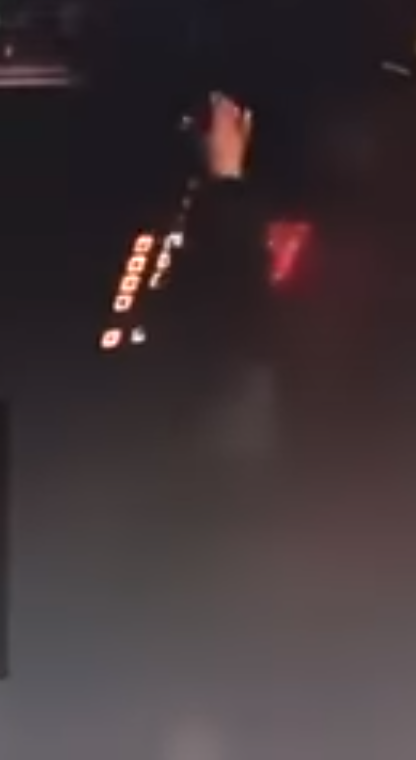 Lucky for him, the boy was then safely rescued by the search and rescue team later on. However, they soon realised that the lift mishap was not random but rather because of the boy’s own doing.

The footage showing the boy urinating all over the lift panel was then shared by China’s The Ministry of Public Security on Sina Weibo to warn others to not copy the boy’s vandalism act in any private or public properties.

So far, the footage has been viewed 12 million times and drawn over 20,000 comments. Many Sina Weibo users condemned the boy’s actions and urged parents to better educate their children.

One user comments: “His family education is shameful,” and another adds: “His guardian should pay compensation for the elevator breaking.”

We hope that this incident serves as a huge life lesson to the boy and the public to never commit vandalism.