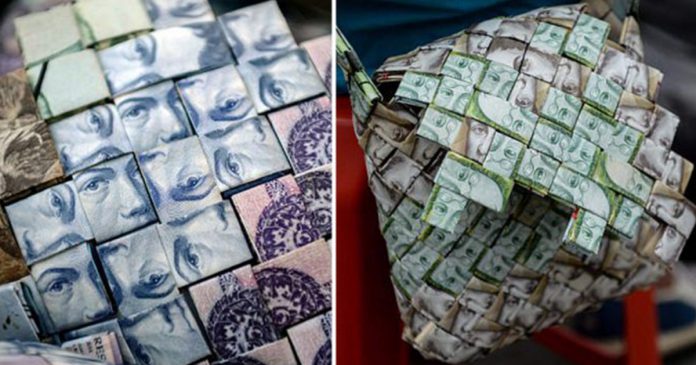 The Latin American nation of Venezuela has recently experienced a 13,000 per cent inflation which left their bank notes practically worthless. This unprecedented inflation in the oil-rich nation has resulted in the economy spiraling out of control. It’s currency, the Bolivar, has lost 87 per cent of its value against the euro.

The now nearly worthless notes could be seen littering the streets like they were garbage due to it’s low value. With this being said, a few of the citizens have found a better use for these notes. A 25-year-old street vendor named Wilmer Rojas is making and selling origami-inspired handbags, baskets, hats and purses out of the bank notes as it is more profitable.

Wilmer Rojas is making and selling origami-inspired handbags, baskets, hats and purses out of bank notes 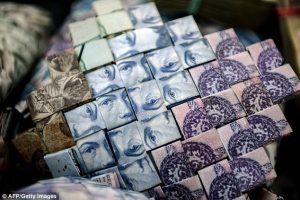 Rojas says “People throw them away because they are no good to buy anything. No one even accepts them anymore.”

He continued by saying “You can use magazine paper or newspaper pulp, but currency notes are better because they are not worth anything.These things are no good for buying anything. At least I am putting them to good use rather than throwing them away.” 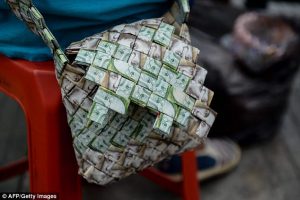 According to Rojas, the Bolivar notes are worth so little that “you can’t even buy a piece of candy” with two, five and ten Bolivar notes.

To put it into perspective, a hat which makes use of hundreds of Bolivar notes is only worth a mere packet of cigarettes.

Rojas sells his designs to tourists mainly for 300,000 bolivars, which is only enough to buy a kilo of meat Other citizens have taken a more artistic approach to try and make use of the now nearly worthless Bolivar notes. Jose Leon who is a 26-year-old designer had decided to produce works of art on the notes by drawing on them. 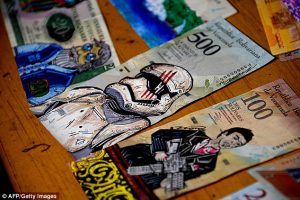 Leon draws anything from famous movie characters to caricatures of bands over the image of Simon Bolivar and other famous Venezuelans pictured on the notes. 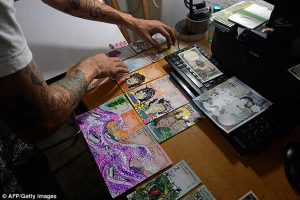 Foreigners and tourists who are his main customers, pay him up to $20 for each of his “money art” creations. He says that this increases the note’s value by nearly 5,000 per cent. 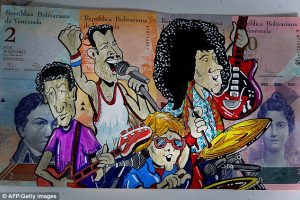 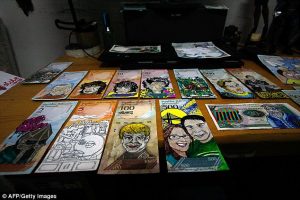 This massive economic crisis that has befell Venezuela is resulting in mass migrations out of the country. Many desperate Venezuelans are trying to escape starving to death as well as to get away from the soaring crime rates caused by the fall of the economy. 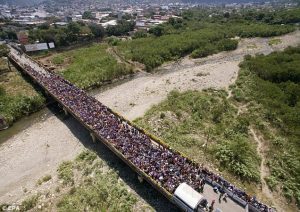 Colombia and Brazil are tightening their border security in a bid to stem the flow of migrants into their country. They have officially taken in more than half a million migrants over the last six months of 2017.