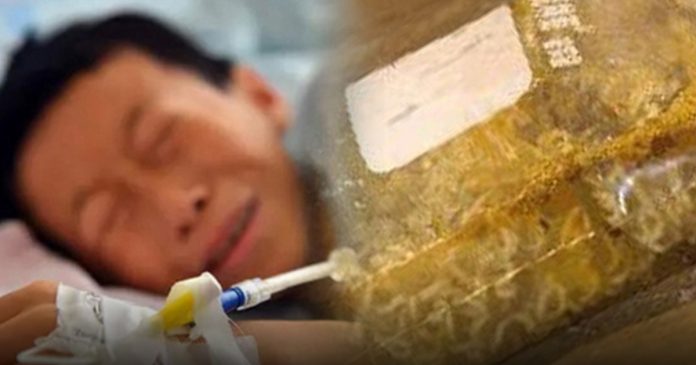 You may be familiar with Coke and Mentos eruption, a physical reaction that occurs when you drop a pack of the chewy mints into a bottle of carbonated drink. The combination causes carbon dioxide in the fizzy drink to expand as the rough surface of Mentos breaks through the water molecules in the Coke and thus, causes an eruption.

However, what will happen if you consume both fizzy drink and mentos simultaneously? Or drink carbonated drink and eat instant noodles at the same time?

In a viral story that has become an internet sensation, a 25-year-old Xiao Chao from Hangzhou, China suddenly fell ill and was immediately rushed to the emergency room.

Chao complained that he had an unbearable pain in his stomach and experienced tenderness around his shoulders, waist, and back. However, doctors could not find the reason of his pain and he was asked to go back home after being given painkillers. In spite of that, Chao continued to feel pain and it became worse hours later.

He then returned to the hospital again and this time, doctors did an abdominal X-ray to Chao to find the cause of his severe abdominal pain. It turned out that the pain was caused by excessive gas in his stomach.

Luckily, doctors could remove the gas in his stomach by inserting a tube into his stomach. After the operation, Chao’s condition gradually became stabilised and his heart rate returned to normal.

According to the story, doctors found out the reason of Chao’s severe abdominal pain was because he ingested instant noodles and carbonated drink the night before. Chao was said to have trouble sleeping because his stomach was in pain after he had instant noodles and fizzy drink as his late night snacks. 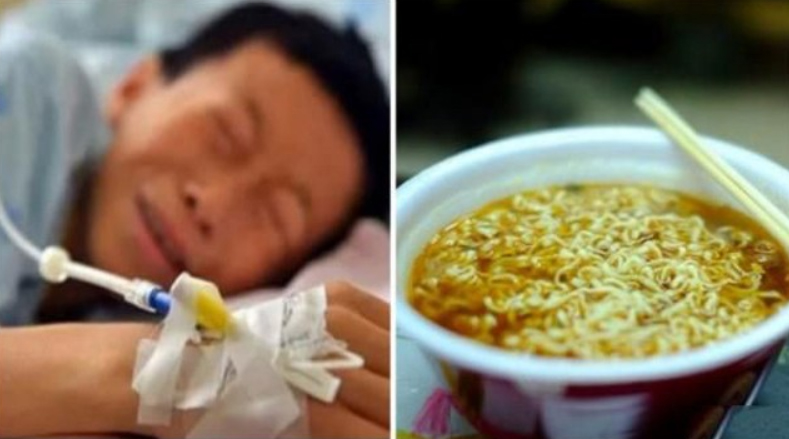 This was because the foods cause a large formation of carbon dioxide in the stomach as a result of the digestion process. To make it worse, Chao had them before he went to sleep.

As a result, the ziplock bag was quickly inflated and continued to balloon out as if it could explode anytime 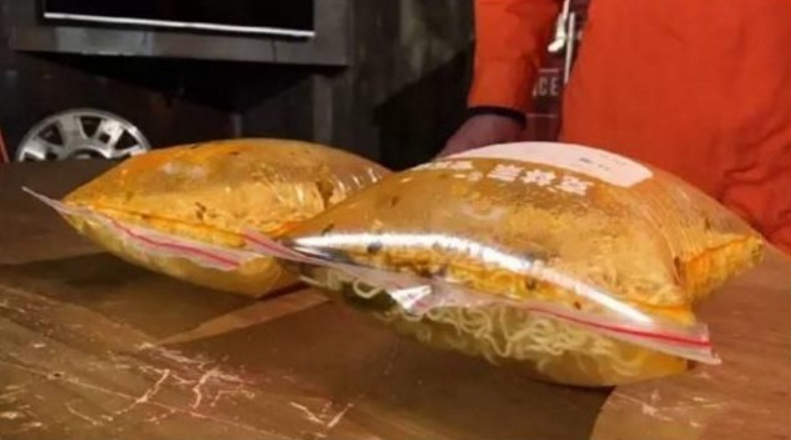 This story quickly went viral and made rounds in social media with many people started to believe that it was unsafe to eat both instant noodles and drink carbonated drink at the same time for fear that it would cause gassy rebellion in their stomach.

However, the truth is it is totally safe to consume both foods at the same time!

So far, there are no credible news and medical reports that prove consuming instant noodles and fizzy drinks would cause one’s stomach to explode 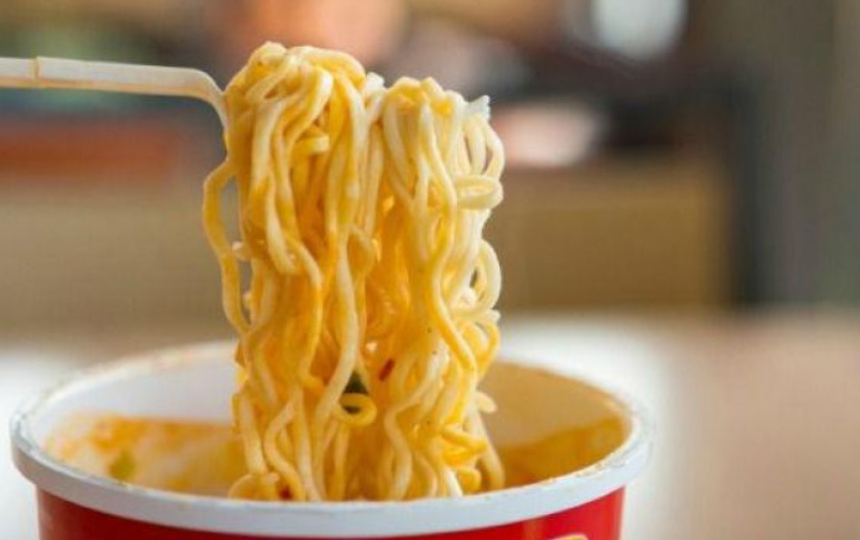 This is because when you open a can or a bottle of carbonated drink, much of the pressurised carbon dioxide is already released into the air. When you drink it, the gas continues to vaporise in your stomach. You might feel a little bloated after drinking large glass of Coke but the gas is not enough to cause your stomach to explode. This goes the same when you eat mentos or instant noodles and down carbonated drink at the same time.

When you eat, the foods you consume will be instantly digested and broken down into smaller particles and it is impossible to die from eating instant noodles and ingesting Coke or Pepsi at the same. You might end up with an upset stomach because of the fizzy drink or bloated face because of the high sodium content of the instant noodles but you will never die from eating this combination of foods.

To answer for the inflated ziplock bag when instant noodles and carbonated drink is mixed together, it is caused by the formation of carbon dioxide which occurs as the high sodium content in the instant noodles’ soup cause the carbon dioxide to react more with the water molecules, hence, creating the gas. 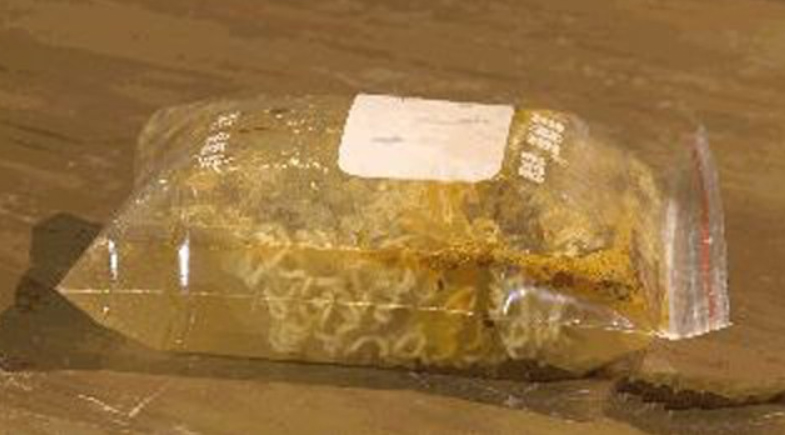 So, the next time you have bloated stomach after you eat these two foods, you might want to just pass some gas out.