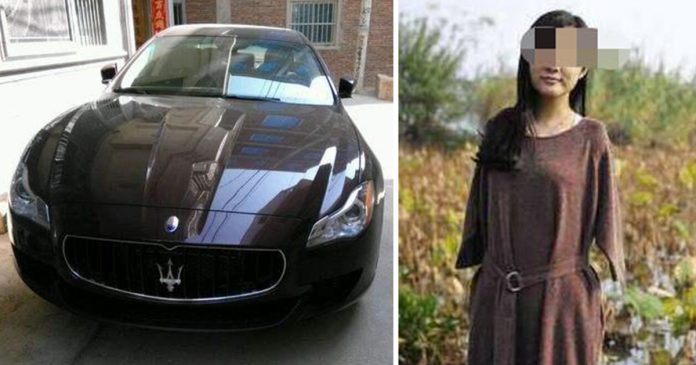 Fred has lived a tragic life since he was young. Both of his parents died in an accident when he was still a baby. Luckily, he was taken care of by his aunt but that did not mean that Fred lived an easy life. His aunt was poor and often, Fred had to resort to begging on the street just so he and his aunt could survive for another day.

When he grew up, Fred who did not have any formal education and struggled to get a job as he did not have any skills. Plus, he was approaching his 30s but he could not find any woman who was interested in him since he basically had nothing.

After asking for a help from his aunt, Fred finally married a girl named Vivian. Vivian may not be the prettiest woman in town; she had a big build and was a little bit overweight but she was diligent and optimistic.

When they first got married, they had to live in harsh conditions. The place they rented as their new home was practically empty and lacking basic necessities. It got worse when Fred did not have any effort to improve their living conditions.

Thankfully, Vivian was a total opposite of Fred. She took care of the household expenses and worked at a farm. However, her pay was not enough to pay for the bills and the food. They often had a meal twice a day and sometimes, there were barely any food left for them to eat.

She decided to borrow money from her relatives and open a restaurant.

They finally could buy a house and a car

But Vivian was the only one who was working while Fred was lazying around. All he did was staying at home and asked for money from his hardworking wife.

However, their fate took a turn for the worse when Vivian got into an accident. She was rushing to return to home when suddenly a truck crashed her car. Miraculously, Vivian survived from the horrific accident but her both of her arms had to be amputated because they severely crashed in the accident.

She could only cry for her lost. Sadly, Fred never tried to comfort her. Instead, he left her without words when he knew that Vivian had lost her arms in the accident.

It was a pure tragedy for Vivian. She lost both her arms and her husband on the same day. For a few months, Vivian could not get up from the bed. She just cried all day long as she was lost by the sudden divorce.

She only received $11,000 from her divorce with Fred while Fred received a substantial amount of their assets. Vivian knew that it was unfair for her to get only a small share of the marital assets when it was only her working while Fred did nothing. But she did not want to drag the divorce any longer.

She suffered from depression months after that but soon, she gradually moved on with her life. Vivian realised that if she continued to grief over the past, she would not get her husband nor her old life back.

With the $11,000 that she received from the divorce, Vivian rebuild her business. She hired an assistant to help her run her business. In no time, her new restaurant began to thrive. In the meantime, Fred who already had a new girlfriend spent his days gambling and drinking.

It was not long before he started to run out of money. Soon, he lost his car, his house and the restaurant that Vivian worked so hard to build. Since he had nothing left, his girlfriend left him and Fred found himself begging on the streets like the time before he married Vivian.

Ten years passed by and Fred was still begging on the streets.

One day, Fred was begging on the street when he saw a beautiful woman getting off a sports car. He then quickly ran toward the woman to beg her for money. The woman was surprised when Fred who had a worn-out t-shirt and messy hair approached her. What surprised her more when she realised that the beggar was her ex-husband, Fred. Apparently, it was Vivian who just got off from her car.

Fred who realised that the woman in front of him seemed to be stunned with his sudden approach looked up to her face. Fred could not utter a word as soon as he recognised Vivian who was standing before him. She looked completely different!

“Your…your hand!” Fred was surprised to see Vivian looking gorgeous and perfect as if she had never been in a tragic accident that caused her to lose her arms. Seeing how surprised Fred was, Vivian smiled to him and said: “Thanks to you for leaving me, now, I can finally find my own happiness.”

“You will never understand how hard it was for me ten years ago when you took everything I had and left me!” Vivian said to Fred. She had been wanting to say that to Fred for a long time and that day, she could finally say what was in her heart.

Vivian then turned her back and held her new husband’s hand, leaving Fred who was still stunned…

A brave mother overcomes language barriers and travels across half the...