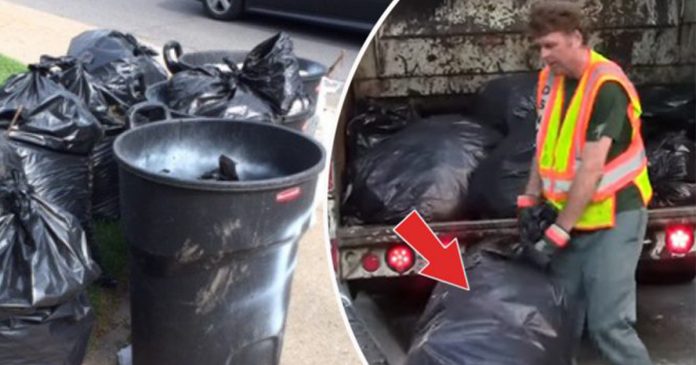 A sanitation worker was going about his day as usual when he heard a loud cry after throwing a garbage bag onto the back of his truck. He couldn’t believe his eyes when he opened the bag, and quickly called for help. 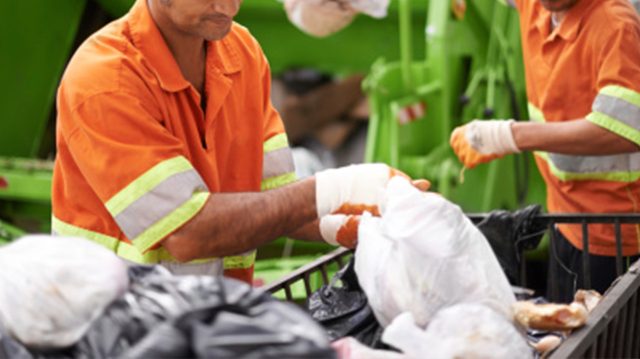 When a garbage man in Florida City, Miami, was picking up garbage bags, he encountered a case of animal cruelty.

Once he opened the bag, he noticed a sealed bag inside that bag, and inside was a 4-week-old puppy

“Whoever left her there obviously meant for her to die because she was going to suffocate being inside the other bag that was completely sealed,” Jessie Pena, vice president of Redland Rock Pit Abandoned Dogs Project in Miami, told The Dodo

It was this organization that received the call from the garbage man.

“I don’t think it was that long because she was still alive, and she was crying and making noises.”

Despite the dismal situation the puppy was in, she was not showing any signs of oxygen deprivation

She only had some swelling on her head.

“We took her to the emergency vet, and she confirmed that she does have a complete fracture,” Pena recalled.

The puppy was later named Merry as she was discovered just before Christmas.

With tender care, Pena says Merry had “made a significant improvement”

“The swelling has gone down about 80 percent. She’s now eating on her own. She is walking from her bed, but she’s not able to walk away from her bed—she doesn’t have that much energy,” Pena said

Merry even started to trust people.

“The vet was saying that she’s very sweet, and she just wants to be cuddled,” Pena said

“She is recognizing the people who care for her. She is rolling on her back and trying to play like a puppy.

Pena added that it is because of the worker that Merry is alive.

“He was the one who saved her life. If he wouldn’t have found her, she would have been dead. She’s alive because of him,” she said.

Merry is currently in foster care and will be up for adoption after she has recovered.