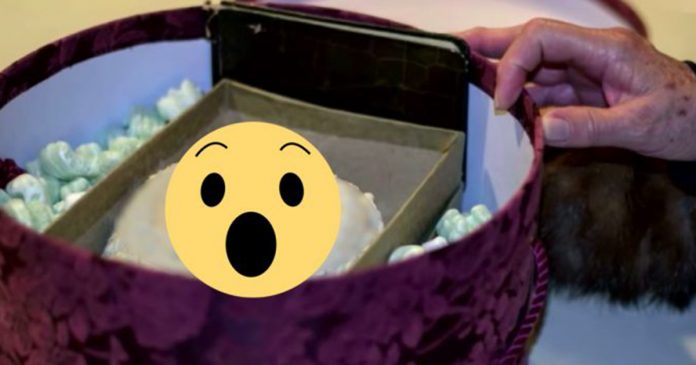 You’ve heard of eating cake on your wedding day, but what about saving it? When it comes to weddings, there is one tradition that lasts beyond the wedding day itself.

It involves saving the top tier of the wedding cake, which is then placed in a freezer.

The tradition is to enjoy it with your spouse a year after getting married, on the day of your first wedding anniversary 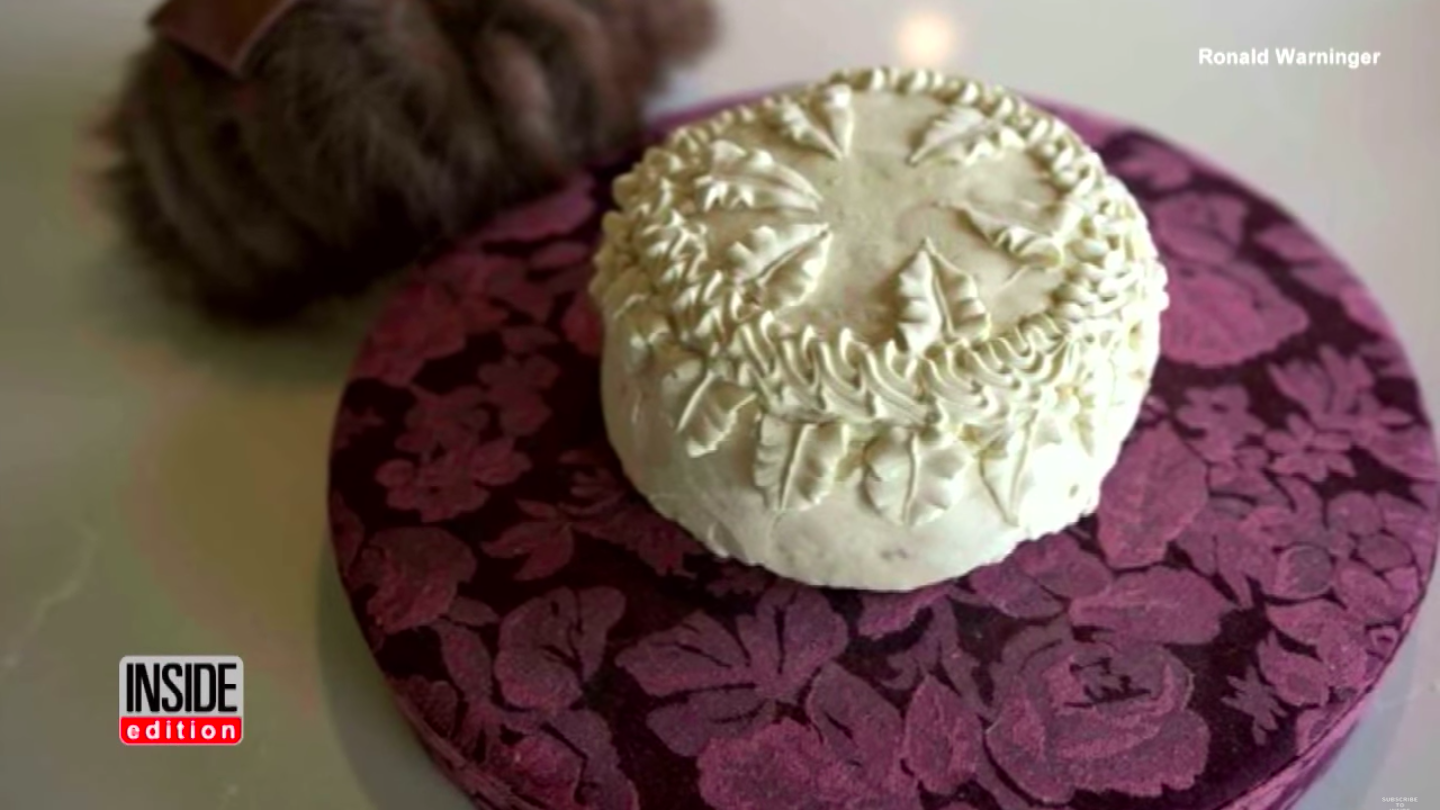 Harvey and Inez Warninger planned to do just that. They were married on March 17, 1915, and saved the top tier of the cake for their anniversary.

They probably had plans to eat the wedding cake

In the middle of all that was going on with getting married, the war, and starting a life together, somehow Inez and Harvey never got around to it. 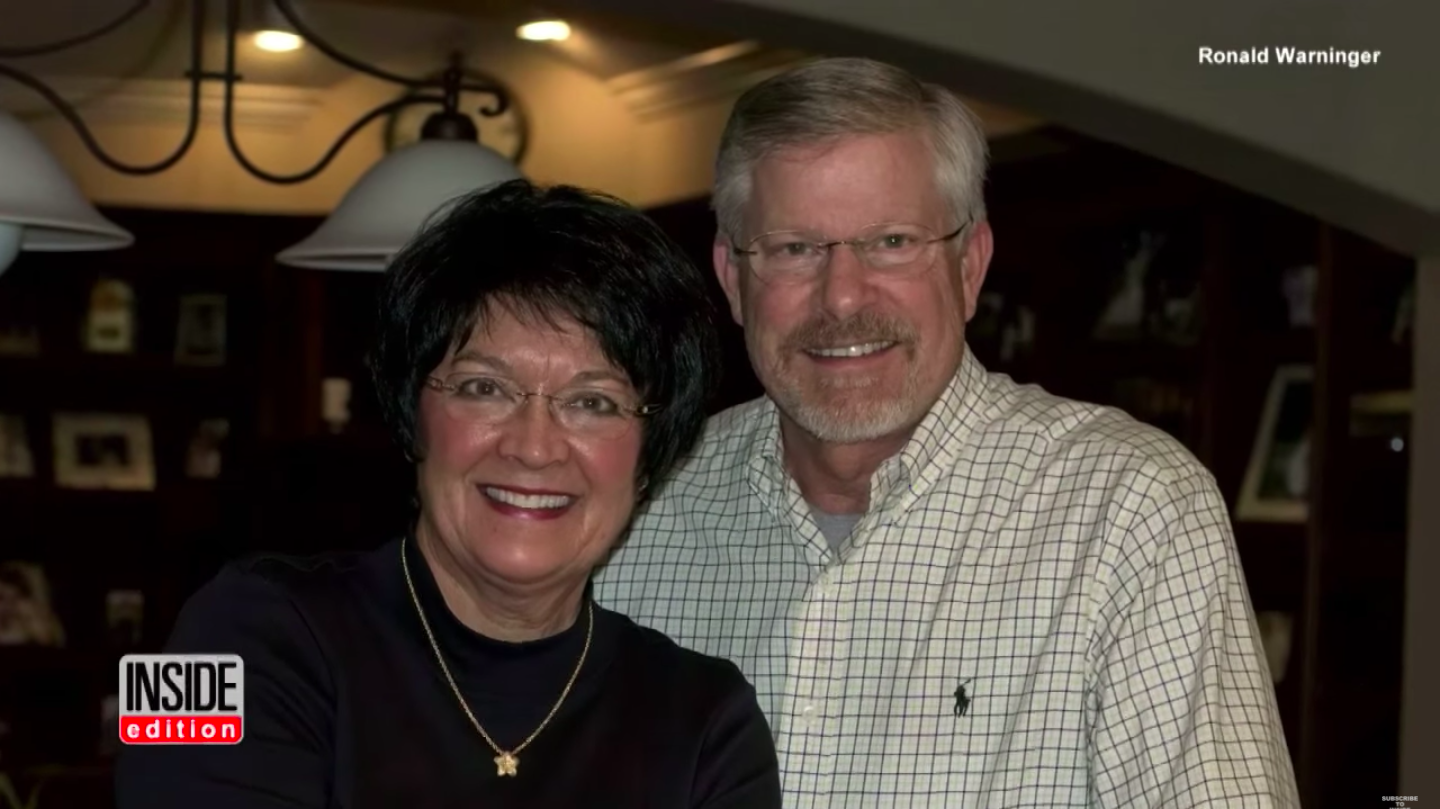 He was warned not to touch it, but the cake had been scarcely brought up in his memory since then.

However, the 100th anniversary of his grandparents getting married was coming up. One day, Ronald’s sister called to ask him if he had any idea where the cake was.

Ronald said that he hadn’t actually laid eyes on the cake since the 50s—but that he would look for it. He looked through the basement. When he couldn’t find it, he concluded that it must have been lost at some point.

But when Ronald found a small, purple hatbox in the garage of his Washington state home, he immediately had a feeling that this was the missing cake. 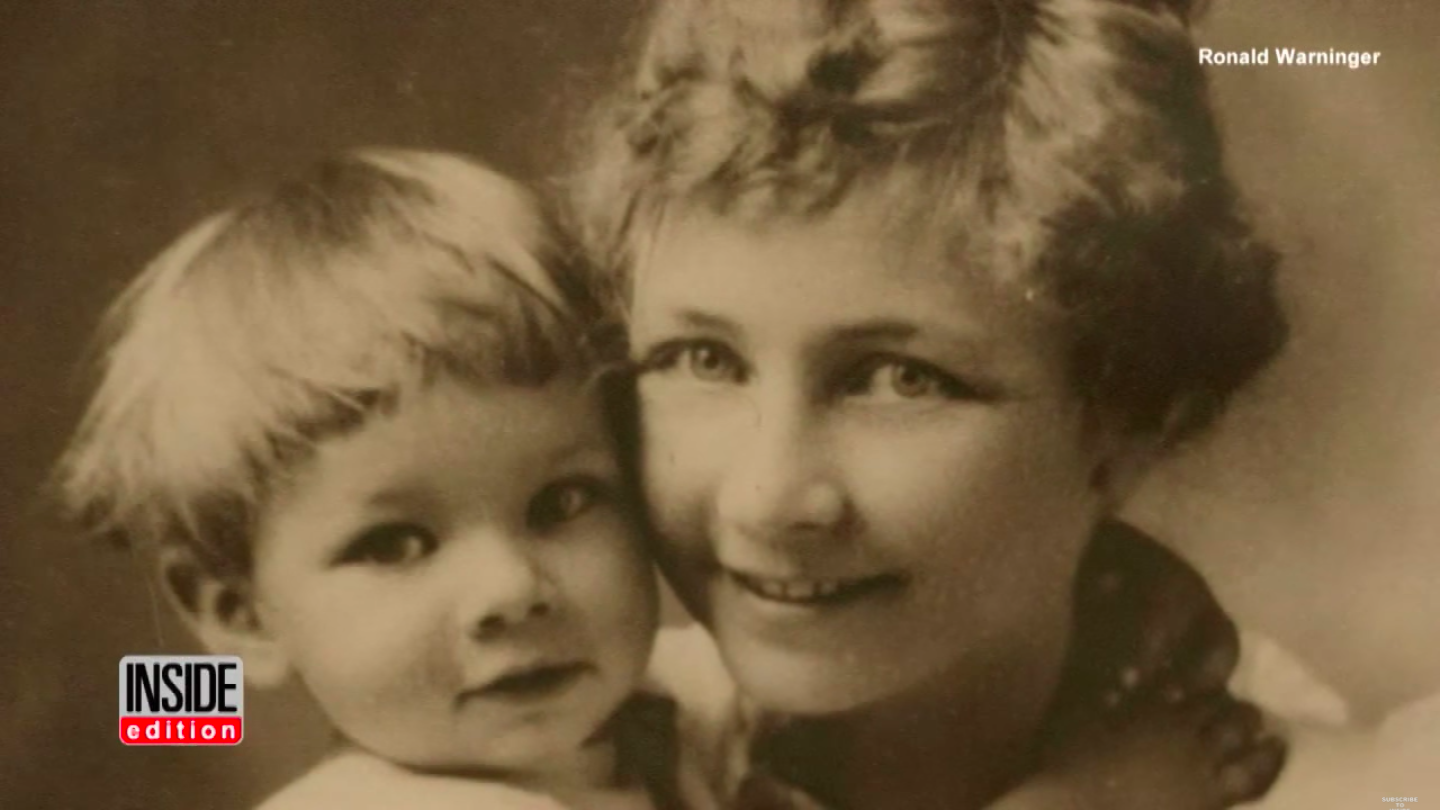 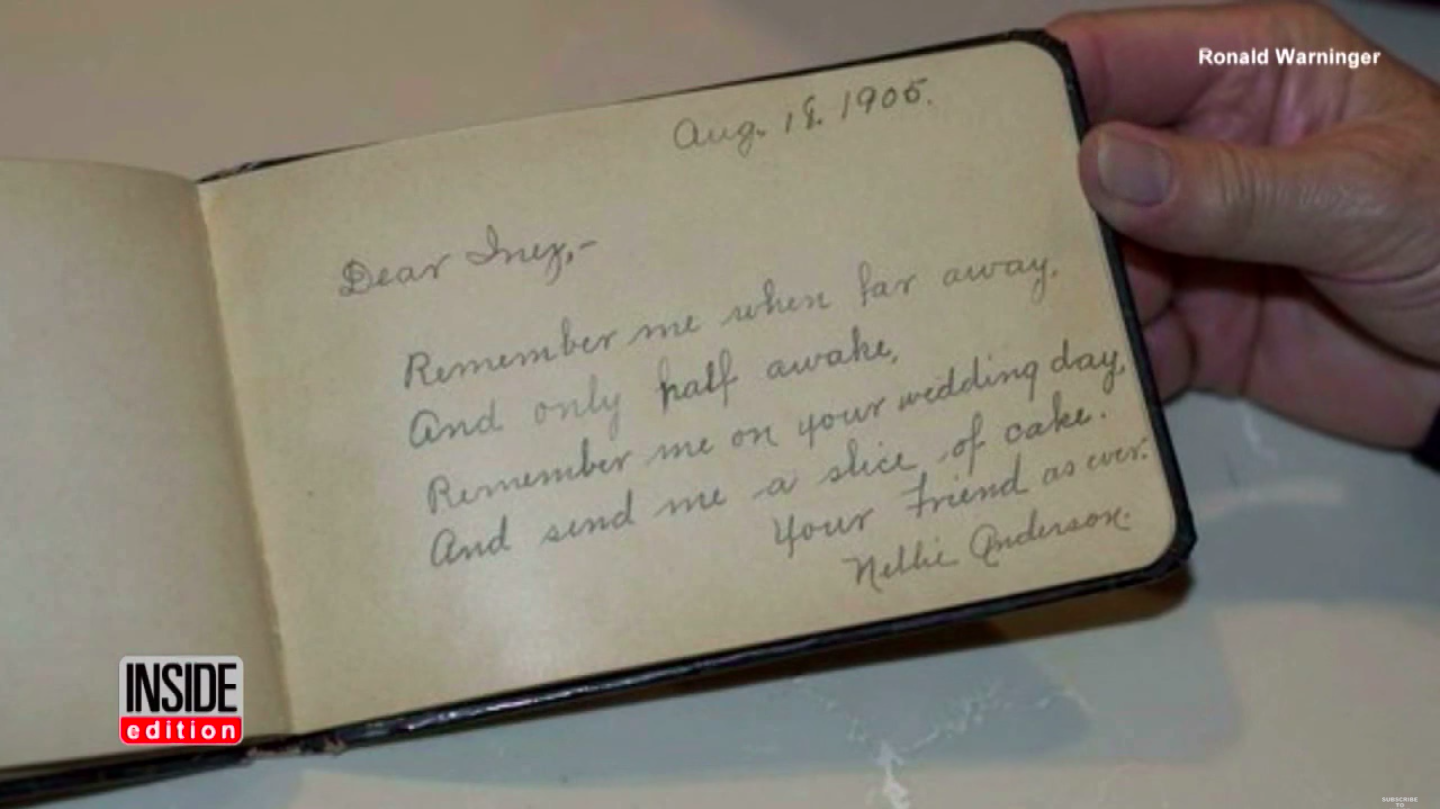 He opened it up, and sure enough, sitting there was the wedding cake, perfectly preserved with the white icing beautifully arranged after all these years.

Along with the cake was a note to Inez written by a dear friend almost 10 years before she actually got married.

“Remember me when far away, And only half awake,” the note reads. “Remember me on your wedding day, And send me a slice of cake.”

That friend has long since passed, but she probably wouldn’t want a slice of the cake now anyway.

After all these years, the cake has petrified 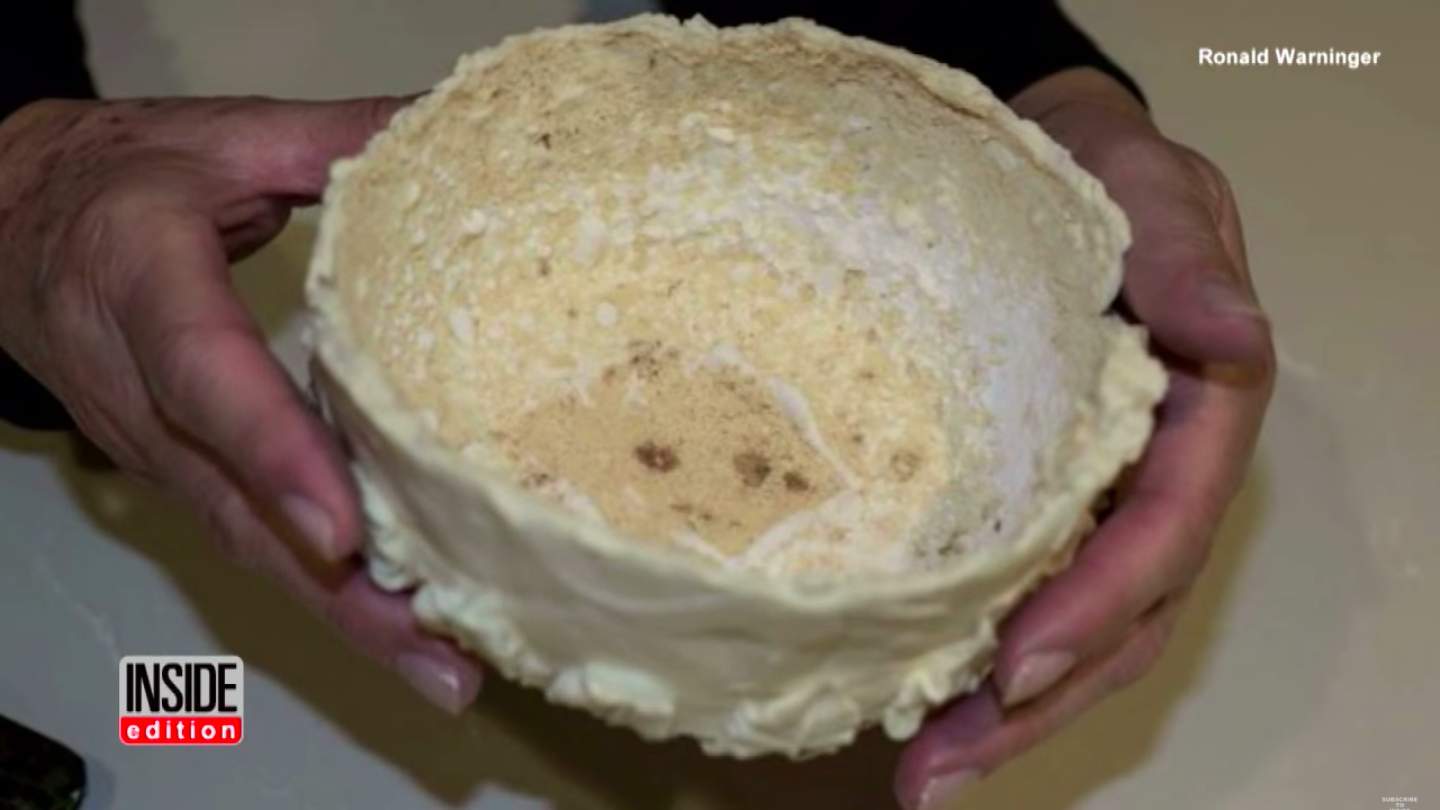 The beautiful white icing on the top is perfectly preserved, but it “sounds like porcelain when you tap it with your fingernail.”

Ronald was shocked that they had found the cake after all these years. It survived unscathed through two world wars, moves, and the births of children, grandchildren, and great-grandchildren. 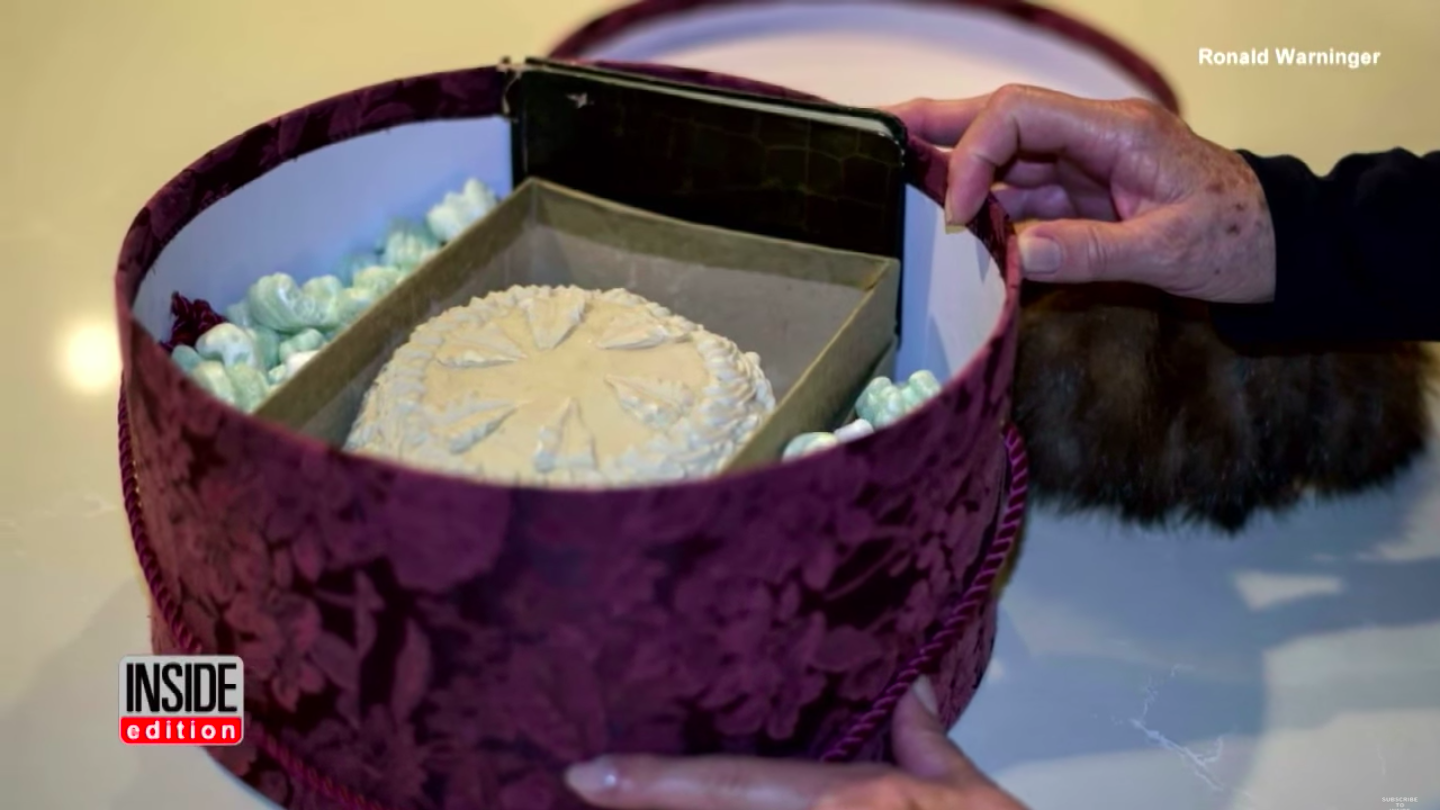 “I’m just glad it reappeared,” he said. “I felt a little responsible for it. It is just the top of a wedding cake, but how many people have those all these years later? It’s just like a time capsule.”

No one can eat the cake because of how hard it is. Either way, this blast from the past is a thrill for the entire Warninger family, who plan to keep the cake for years to come.