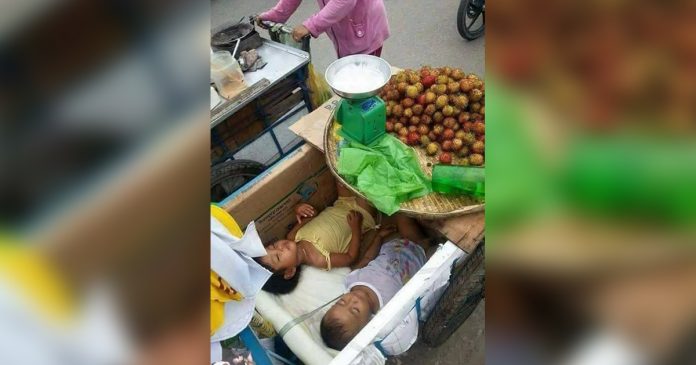 Parents will always try to give their children a good life, so much so that sometimes they do it to the point where they end up spoiling their kids. Some families do not have the means to do this though and they have no choice but to work laboriously to provide for themselves and their children.

A picture of a husband and wife pair who sells corn and rambutans has been circulating on social media. The reason for this is because a patron found something peculiar hiding in their cart. The couple’s two small children were sleeping soundly in the rambutan cart.

The husband sells grilled corn while the wife watches over the rambutans and their two children. A picture was taken and uploaded on the Facebook page called ‘All about the Phillipines’ as the merchants were situated in the Divisoria area, Manila.

Since there was nobody to care for and look after the children at home, the couple was forced to bring their children along to the market while they do their business. They would sit there for hours therefore, they made a makeshift bed in their cart to let their children rest while they continue selling corn and rambutans. 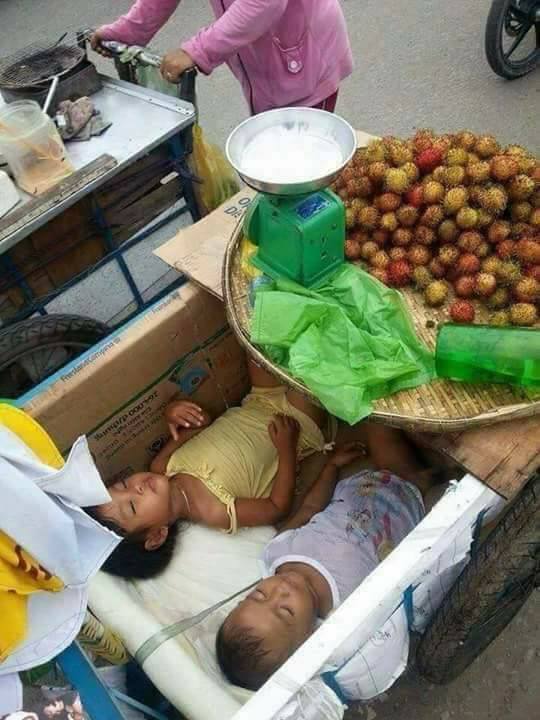 Their story circulated rapidly on Facebook and became viral after the Facebook user named Shair Joy Mendelez uploaded the photo to the page. She went on to tell the story of how she found out about the family’s situation.

She was casually browsing through the market when her eyes landed on the rambutan seller’s cart. She went up close to make sure what she saw was true and proceeded to engage the seller in conversation where she found out their situation. Mendelez then bought 5 pieces of grilled corn and 3 kg of rambutans to help support the family’s business.

She urges local residents to stop by and support the business as well. Many locals have done so as they sympathize with the family and want to help them out. They also commend Mendelez for her actions.