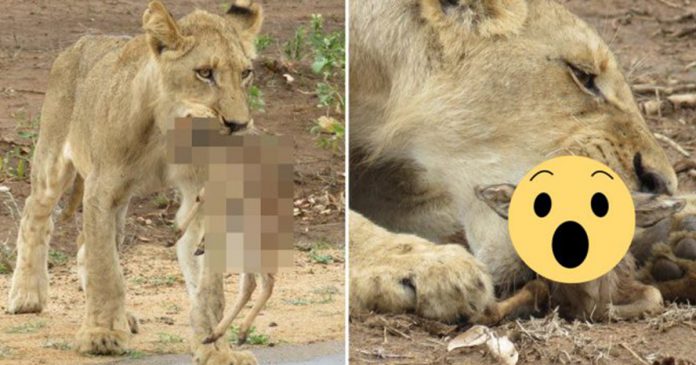 Graeme Mitchley was on a trip with his wife at Kruger National Park in South Africa when he captured a heartwarming moment between a lioness and a newborn antelope. Instead of eating the calf, the deadly predator actually adopted the abandoned calf as its own cub!

Mr. Mitchley, 45, was on the safari to see lions in their natural habitat.

The national park is a home to almost 1,800 lions but on that day, they had not been able to catch a sight of any lions at all until he saw the lioness came out of a bush 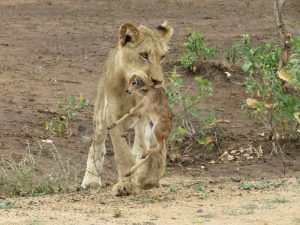 Mr. Mitchley said: ‘On this particular day there wasn’t an animal in sight, never mind any lions. I commented to my wife that I would love to know where they had all got to.” 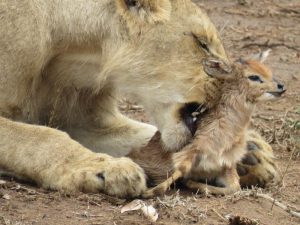 Prepared with his camera, Mr. Mitchley who had been waiting all day to see lions quickly took pictures of the lioness when something surprising happened before their eyes.

Mr. Mitchley said: “At first, it looked like a lioness carrying her cub. However, at second glance, it turned out to be a lion carrying a newborn antelope” 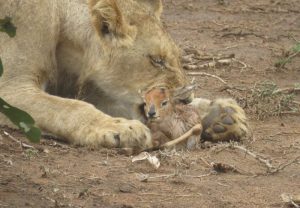 “The young lion carried the antelope down into the dry riverbed where we lost visual, but could still hear the antelope bleating” 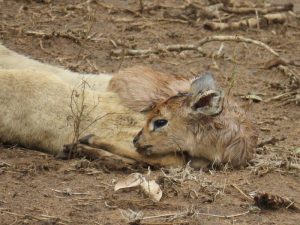 “I am not sure what happened to its mum but she may have been grazing and wandered a bit too far off from her youngster.” 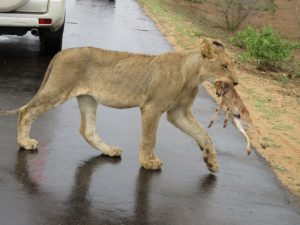 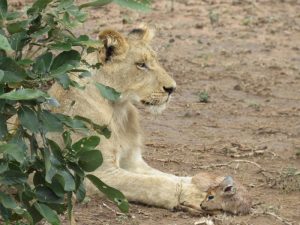 It was definitely a noble act for the lioness to protect the calf like its own flesh. Unlike its nature as a carnivore predator, the lioness had an extraordinary maternal instinct. According to lion expert Jim Cavenor: “I’ve seen lions adopt a few small animals, but they usually end up turning around and eating them after a couple of days. But she seems to be totally fixated on this little one.”