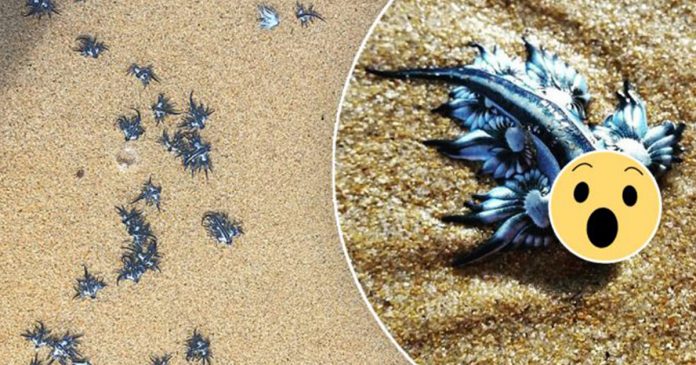 All the media spotlights are on Sydney coasts recently after alien-like dragons appeared for the first time. Dubbed as the blue dragons of the sea, the bizarre sea creatures which are also known as Blue Ocean Slugs or their scientific name, Glaucus atlanticus stunned many onlookers.

In spite of their beautiful and exotic appearance, experts warn that these blue dragons could give potentially fatal stings to those who touch them with bare hands! 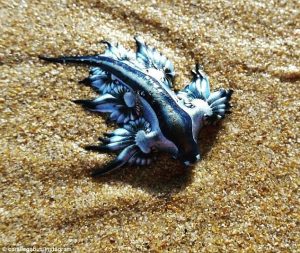 According to Australian Museum’s Melissa Murray, the exquisite sea creatures were part of the blue bottle family.

“The glaucus atlanticus normally has tentacles in its system. If another creature tries to eat it, they use the tentacles as a defence mechanism,” Ms. Murray said 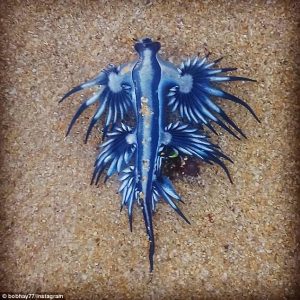 “So if you do see one, don’t pick it up with your hands. Use a bucket with water instead,” she warned the public 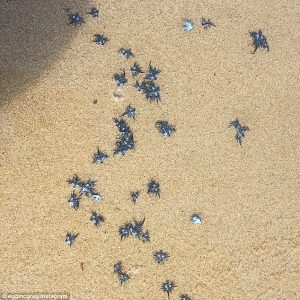 Apparently, the blue dragon slugs wash up on Sydney beaches every year. However, they die as soon as they hit the shore.

Interestingly, these blue ocean slugs only eat poisonous jellyfish with one of their favourites being the deadly Portuguese man o’war. 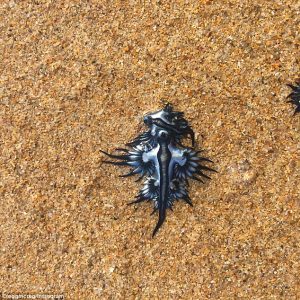 Blue ocean slugs also can grow up to three centimeters long. They reside in warm and tropical waters and follow the current which causes them to being washed up on shore at times.