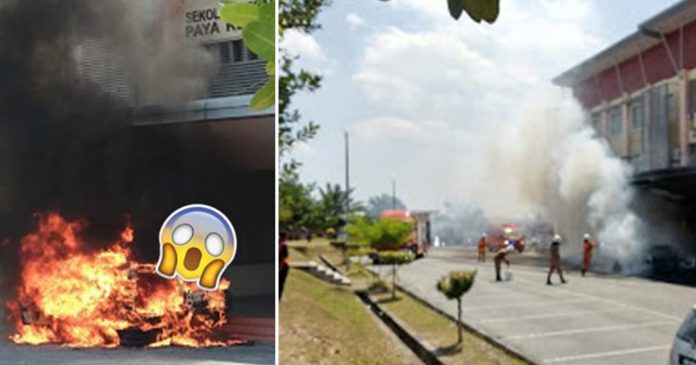 Powerbanks have become part and parcel of our daily lives as we continue to rely on our smartphones for just about everything. Instead of having to worry that our phones would run out of battery from extensive use, it is convenient to have a power bank to replenish the phone’s battery.

With this being said, if people are careless with this device, it can have grave consequences. A car belonging to a primary school teacher in Malaysia went ablaze after a powerbank was left in the vehicle and overheated. The incident occurred on February 8 around 2.15pm local time.

A powerbank was left in a Honda CR-V 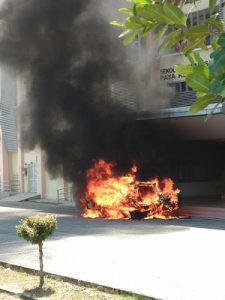 The incident had occurred at the parking lot of SK Paya Kemunting School. The Honda CR-V which belonged to a teacher of that school known simply as Arif had accidentally left his power bank in his car. The car’s temperature spiked despite being parked in a shaded area.

It had exploded because of high temperatures 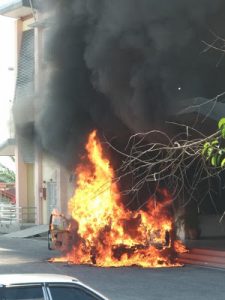 Given the sunny weather which was hot and humid, the powerbank exploded when the car got too hot and this caused a massive fire as the car was set ablaze.

The Malaysian Fire and Rescue Department spokesman Mohamad Mustakim Mukhtar, made a statement that the investigation was still ongoing as authorities are still in the midst of confirming the cause of the fire. According to the one-minute video footage which was captured and posted online by the canteen workers, the teachers seen to have only stood by while the fire grew. 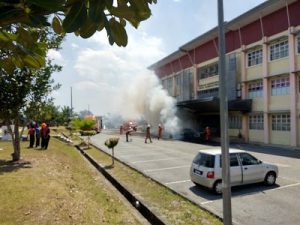 This made netizens question the teachers actions by not helping the situation before the fire fighters arrived. They did not attempt to try and ease the flames using a fire extinguisher while waiting for fire fighters to come on the scene. 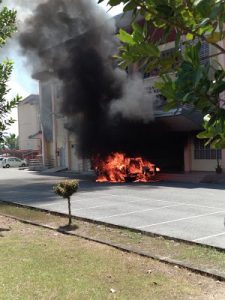 “School children are taught how to use a  fire extinguisher in case of an emergency and the teachers did nothing” said one user. 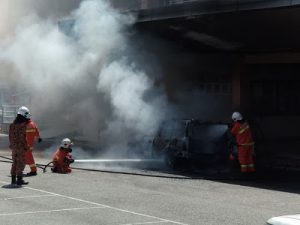 It is true that power banks are becoming more and more essential to our daily lives as it is capable of being a portable source of power. It is convenient to have especially when we are becoming increasingly reliant on our smartphones and other electronic devices. We need to be more careful of how we store these devices to avoid incidents like this from occurring again.

Watch the video of the incident below: